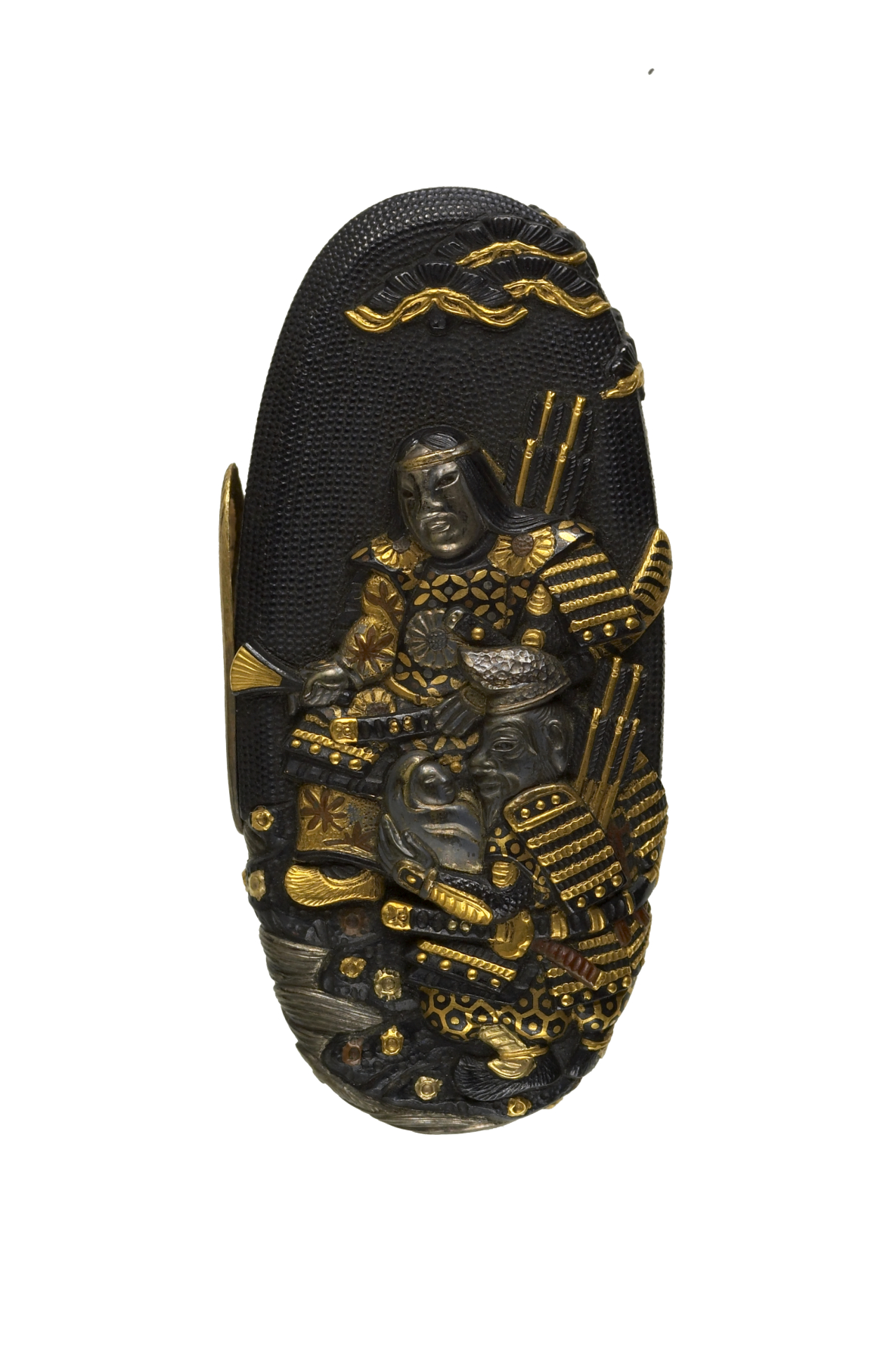 The figure seated beneath the pine tree is Jingô Kôgô, the legendary 3rd-century empress of Japan. She is dressed as a warrior because she led an invasion of Korea. Kneeling in front of her is the Prime Minister Takeuchi no Sukune holding her son, the emperor Ôjin. Ôjin is the 10th of the legendary emperors of Japan's early history. Jingô Kôgô ruled as regent during his childhood. This is part of a set with Walters 51.1084.

Fuchi with Pigeons under a Pine Tree