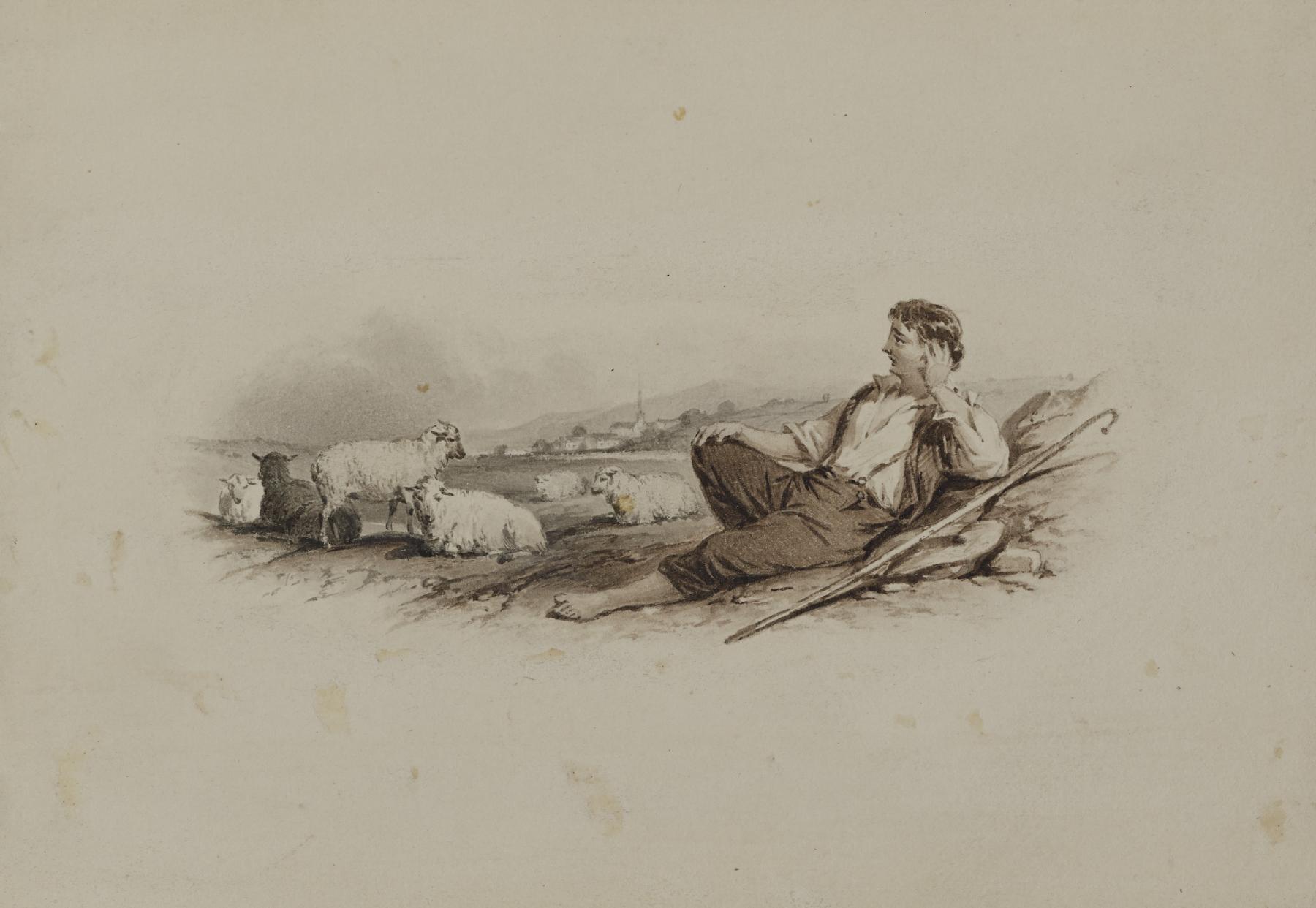 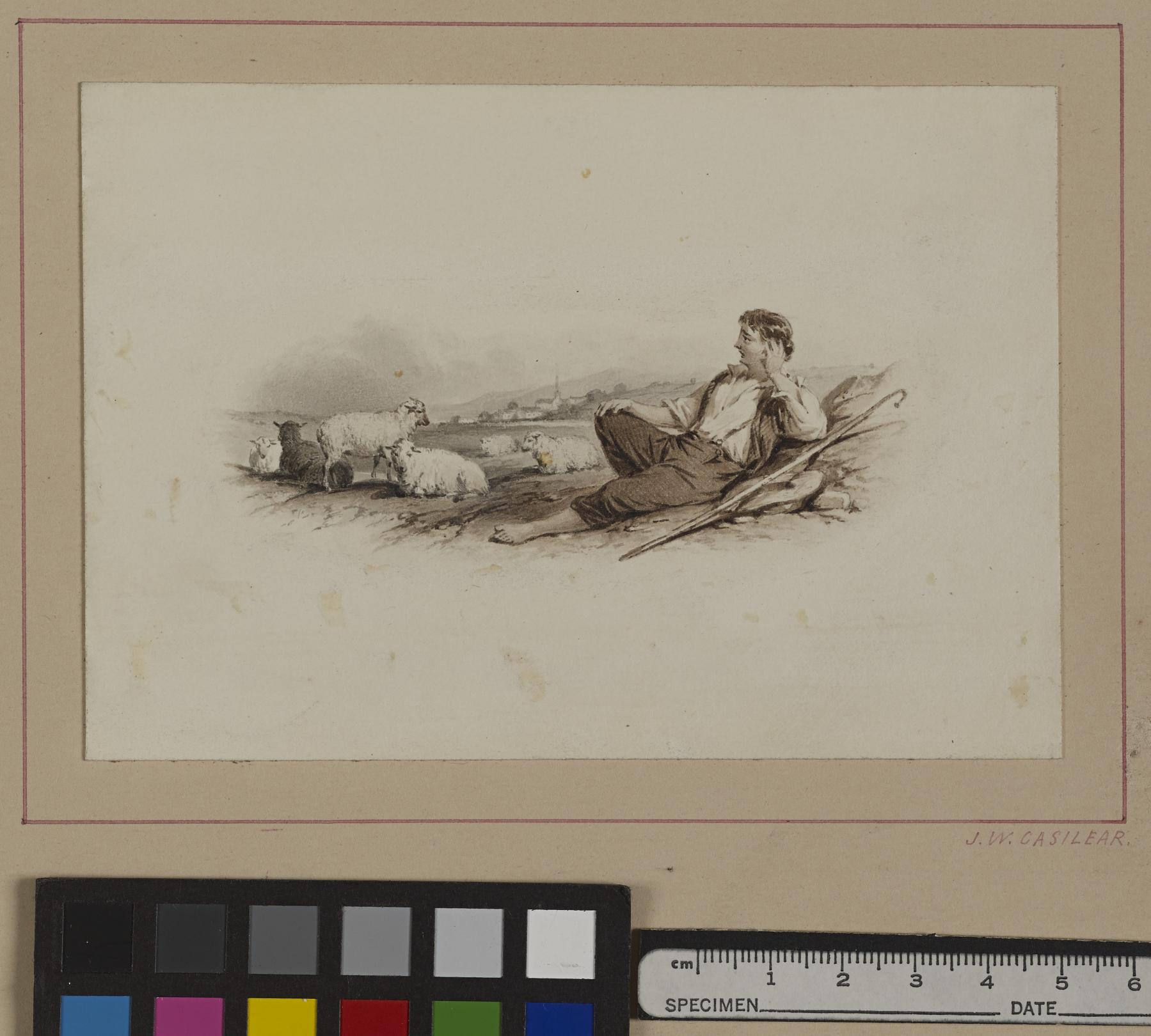 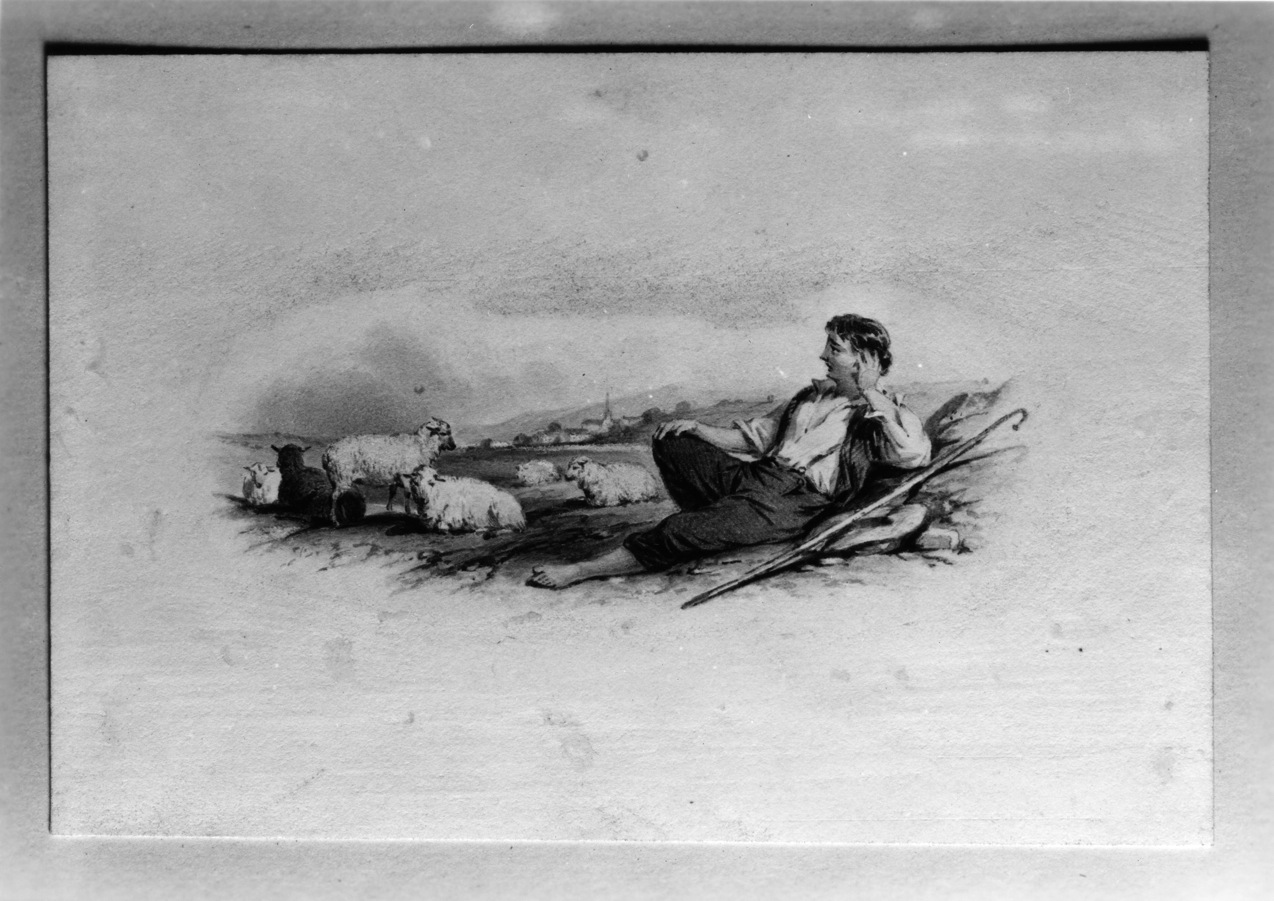 This arcadian scene perhaps had a Christian message as a church spire is seen in the landscape in the backgroud. In common with other pre-Civil War images of the United States, America is depicted a kind of "promised land" of virtue.

Part of the Hudson River School, Casilear was born in New York and trained with Asher B. Durand at a time when he was an engraver. By the middle 1850s he had entirely ceased his work as an engraver, in favor of painting full-time. He was elected a full member of the National Academy of Design in 1851, having been an associate member since 1831, and exhibited his works there for over fifty years.