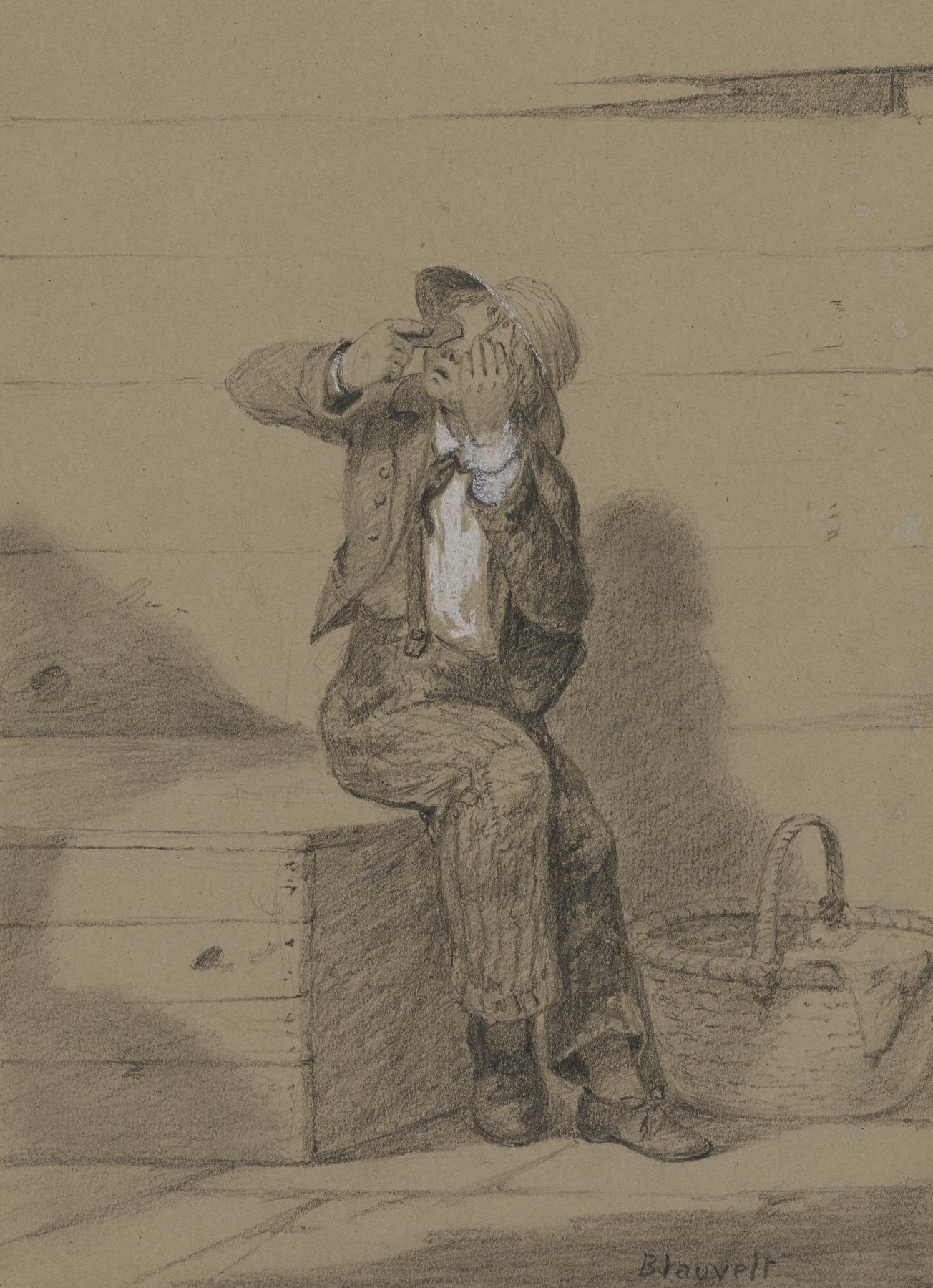 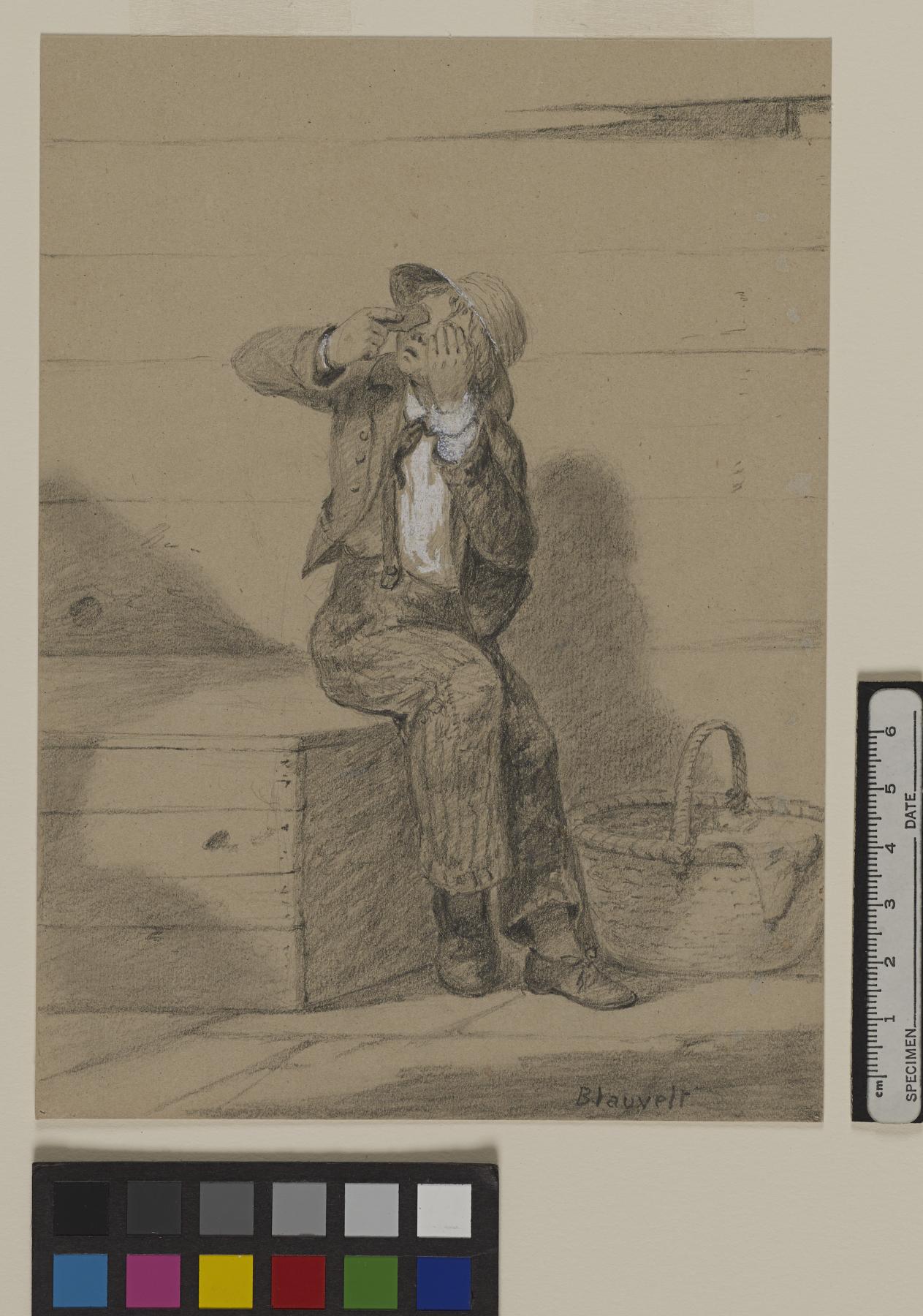 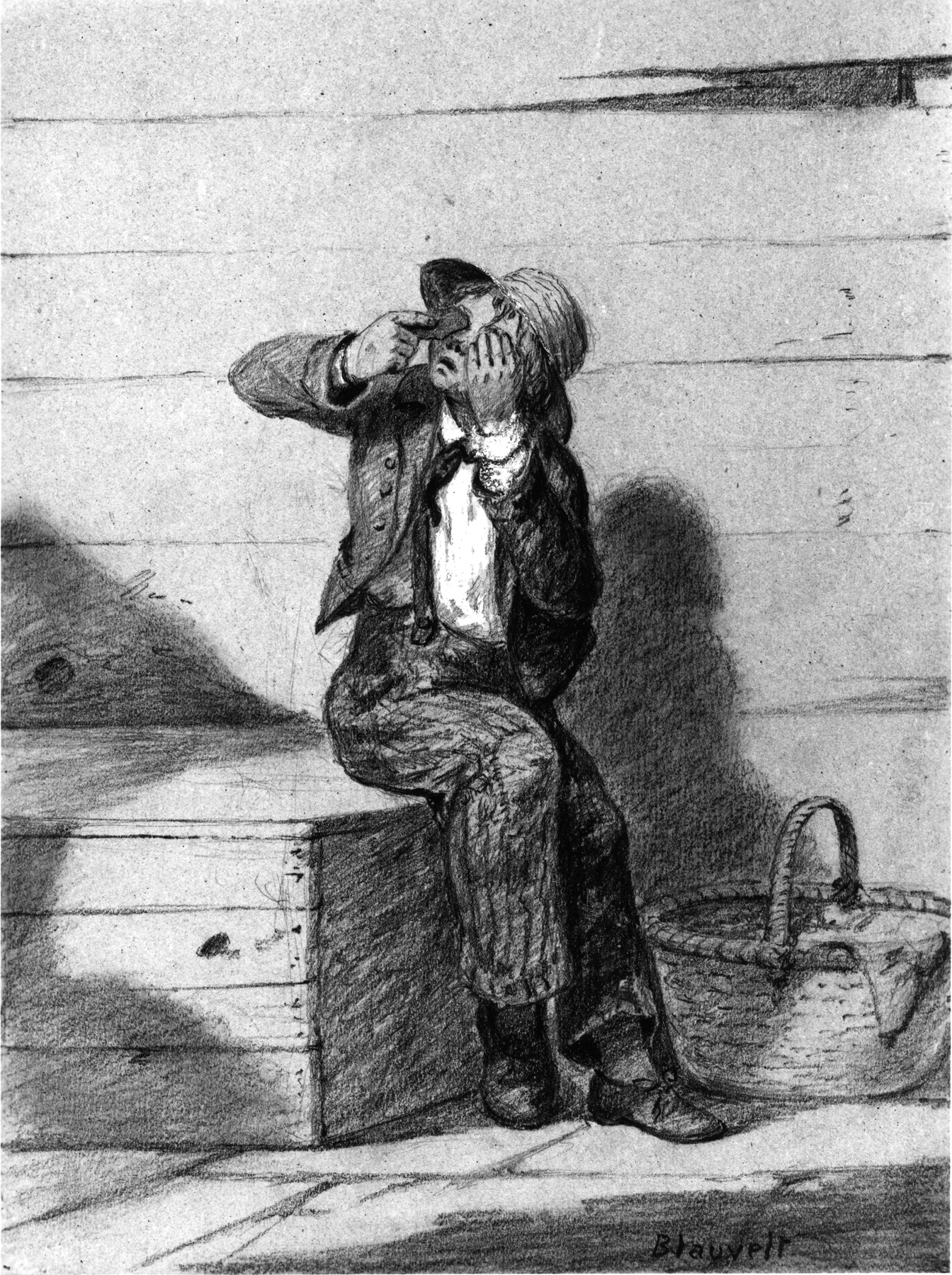 Blauvelt studied with Charles Loring Elliott and at the Pennsylvania Academy of the Fine Arts and the National Academy of Design. He pursued a career as a genre and portrait painter, before settling in Annapolis, Maryland where he taught draftsmanship at the Naval Academy. Blauvelt was among the artists whom William T. Walters encountered during his forays in the New York art market just prior to the Civil War, acquiring 5 works by the artist. This work was formerly housed in one of William T. Walters' drawings albums.