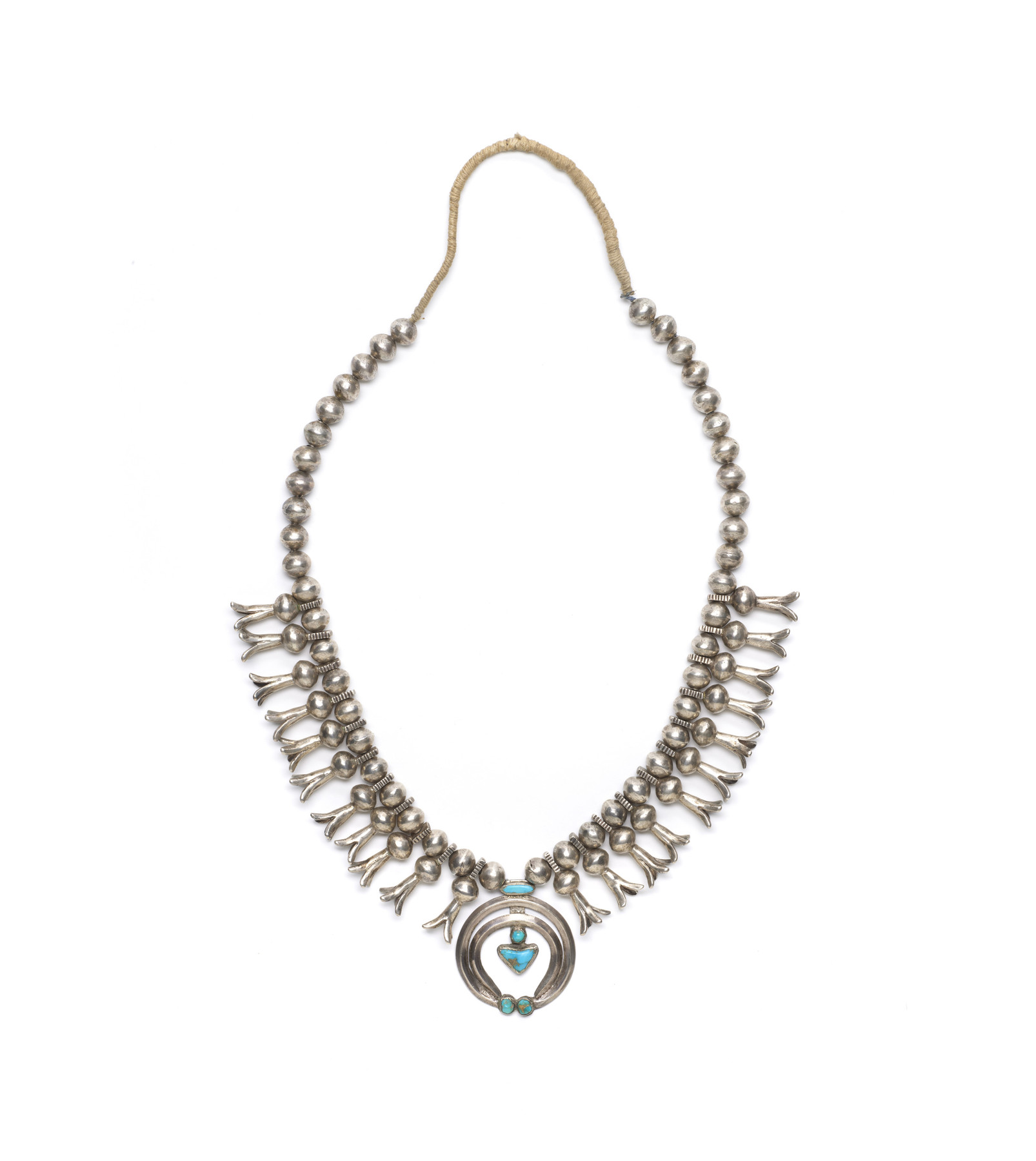 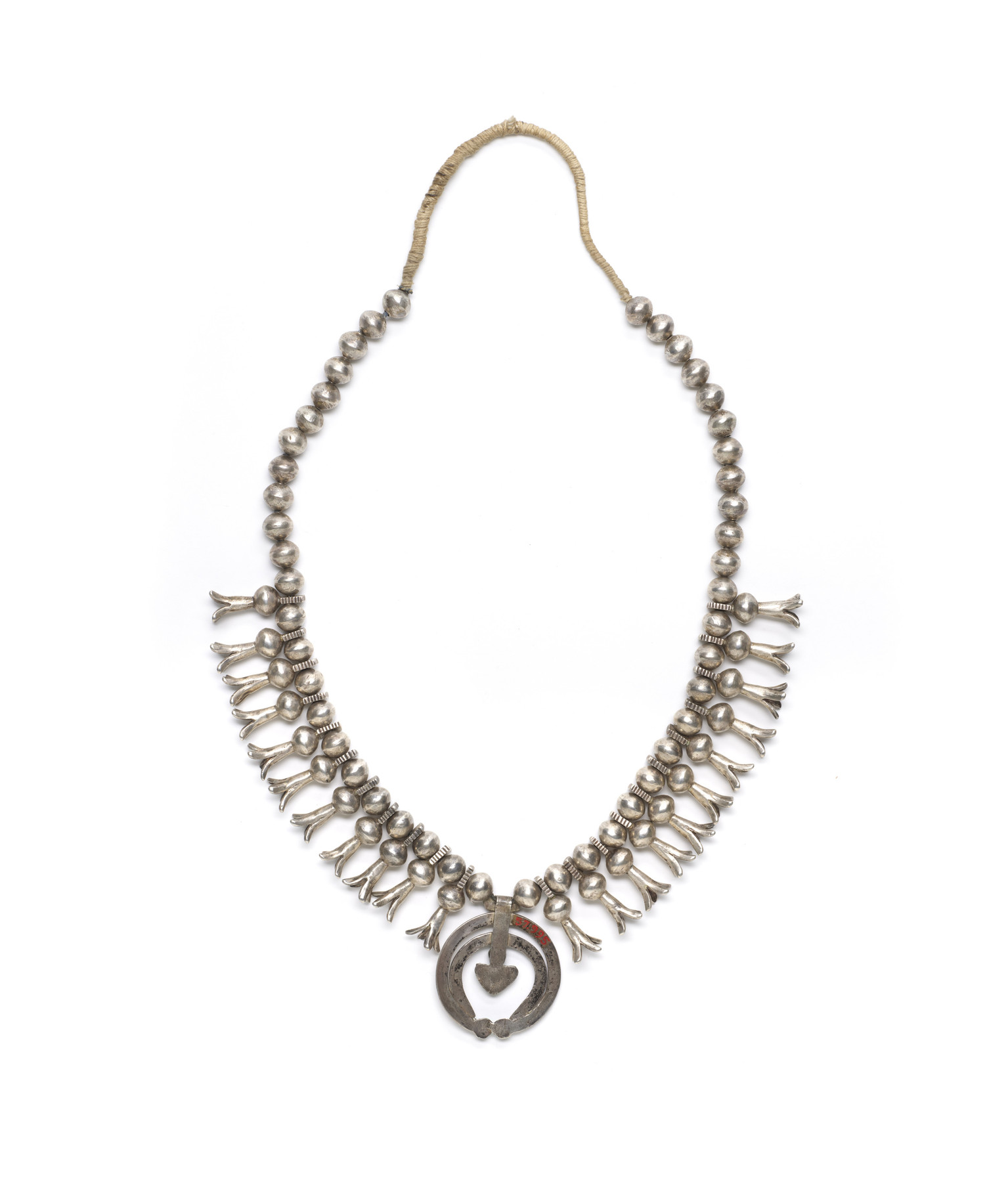 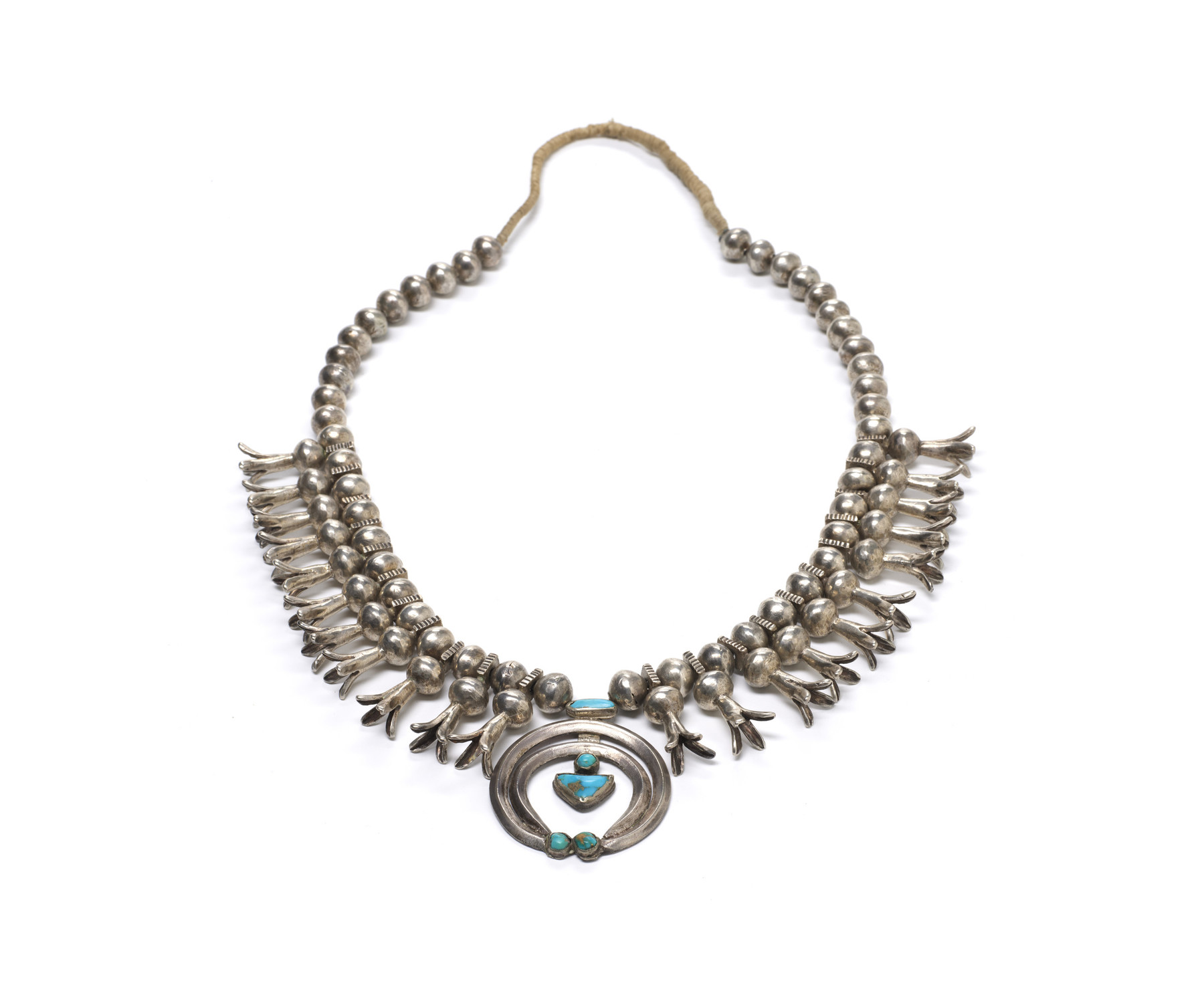 This necklace includes a crescent-shaped pendant with a turquoise in the center of it. In the Dine language (sometimes called Navajo), these pendants were called naja, or crescent. Many scholars believe that these pendants were influenced by Islamic designs, descended through Spanish motifs. This particular type of crescent, encircling a turquoise, represents a baby in its mother's womb, and necklaces like these might have been seen as fertility charms.

The silver beads on either side of the center pendant represent squash blossoms. They are probably adapted from Spanish silverwork showing pomegranate fruits. The many pieces of silver showed the wearer's wealth and status.

With the completion of the Santa Fe Railroad at the turn of the 20th century, the American Southwest became a tourist destination. Fred Harvey, a British businessman, recognized the potential of this new market and took the opportunity to open a series of hotels, restaurants, and dining cards along the route. Tourism led to a rising interest in Native American jewelry. This necklace was purchased by Henry Walters in late 1915 or 1916 at one of the Fred Harvey Company's properties in Arizona.