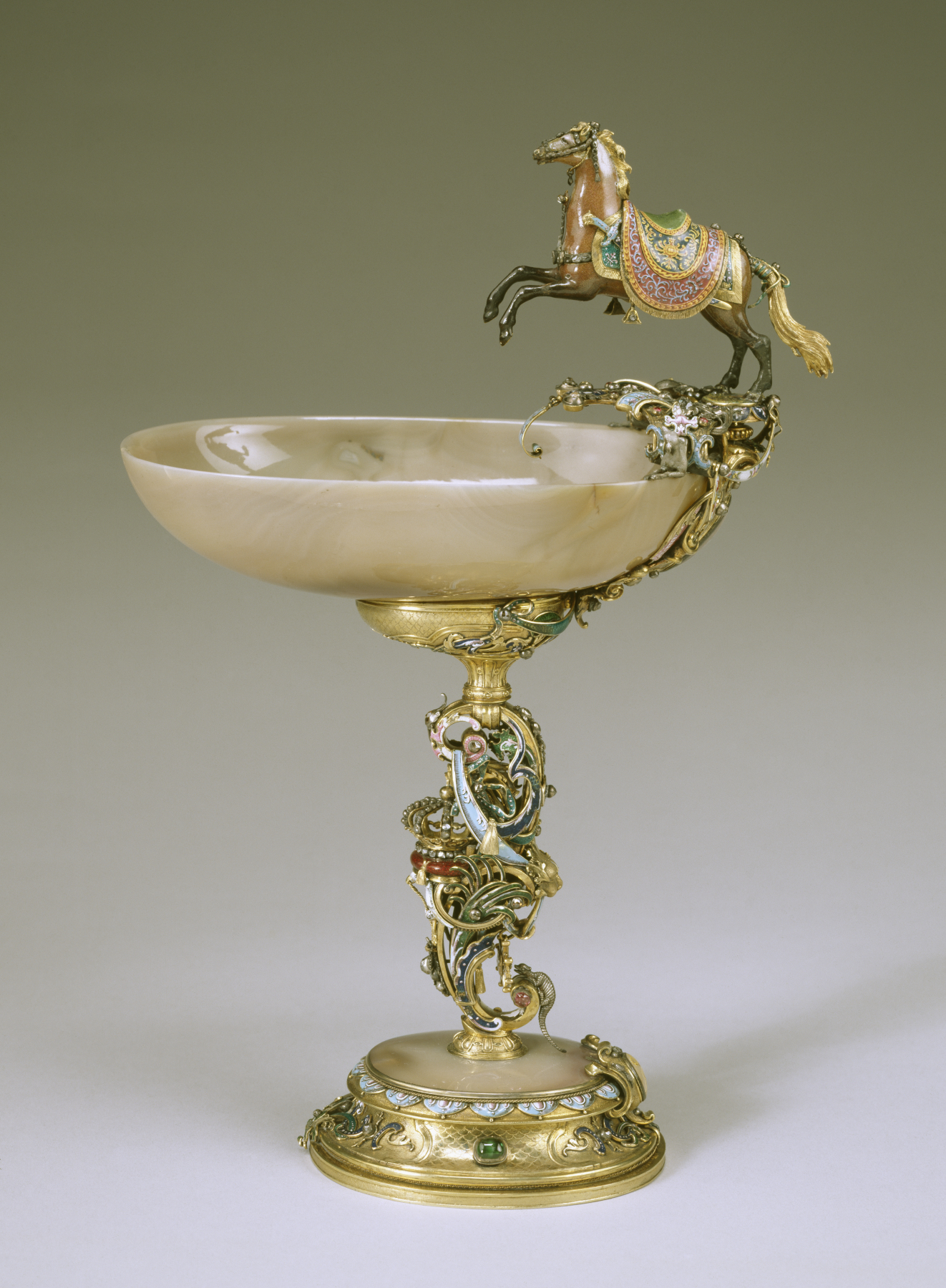 This magnificent late Baroque ceremonial cup was made for Augustus the Strong (1670-1733), elector of Saxony and king of Poland. One of a pair, it was first exhibited in 1722 in the Green Vaults of Dresden, the royal treasury that opened as a public museum the following year. A prancing Polish horse is mounted on an agate bowl. Protruding from his elaborately enameled saddle cover are the handles of the ceremonial sword of Poland and of the sword of Investiture of the Order of the White Eagle. A rider and horse enameled on an oval plaque on the back of the cup represent Lithuania, then united with Poland. Other insignia include the crown of Poland placed on a crimson cushion, the Polish white eagle, and the monarch's monogram. Dogs and salamanders are among the naturalistic elements incorporated into the exuberant scroll-work of the mount.

Johann Melchior Dinglinger was appointed jeweler to the court in 1698. Working together with his brothers Georg Friedrich, an enameler, and Georg Christoph, a jeweler, he drew upon Saxony's rich mineral resources to keep alive the Renaissance goldsmith's tradition in which semiprecious stones and enamels were used in conjunction with metal. His international reputation was such that Peter the Great of Russia stayed as his houseguest in 1712.