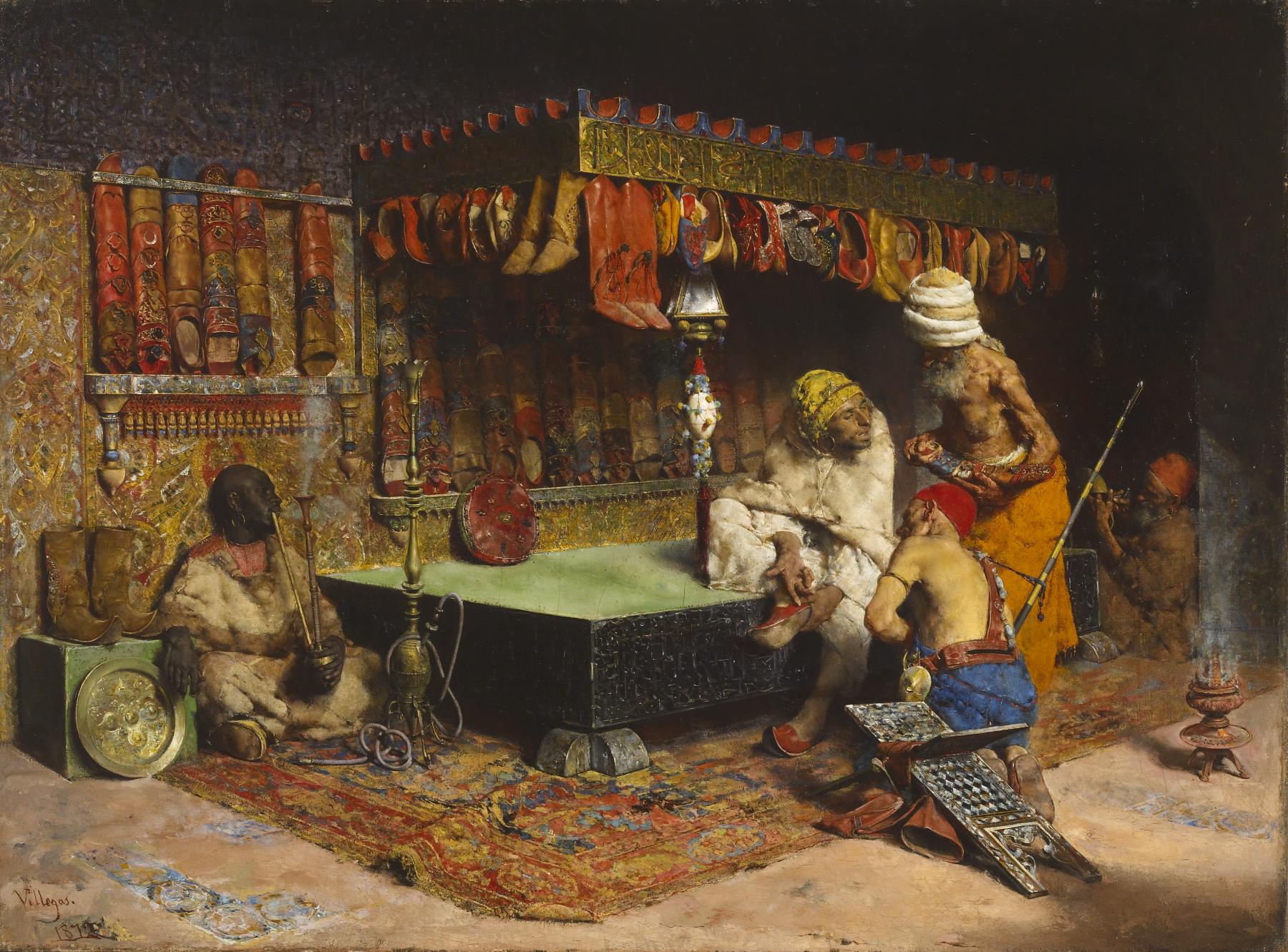 In the dimly lit, richly colored interior of a North African shop, a turbaned merchant serves a customer seated on a divan. Kneeling in front is an attendant, and barely discernible in the background is a craftsman at work. To the left, a man smokes a hookah. Villegas has adopted a subject made popular by Mariano Fortuny, but rather than exploring light effects, he provides an almost overwhelmingly detailed array of bric-a-brac. Even the picture frame, custom-ordered for this painting, is inscribed in Naskh script: "There is no God but Allah and Mohammed is his Prophet." 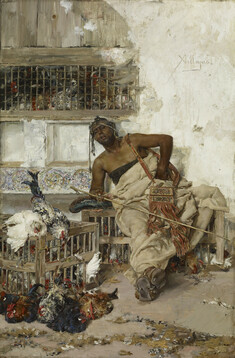