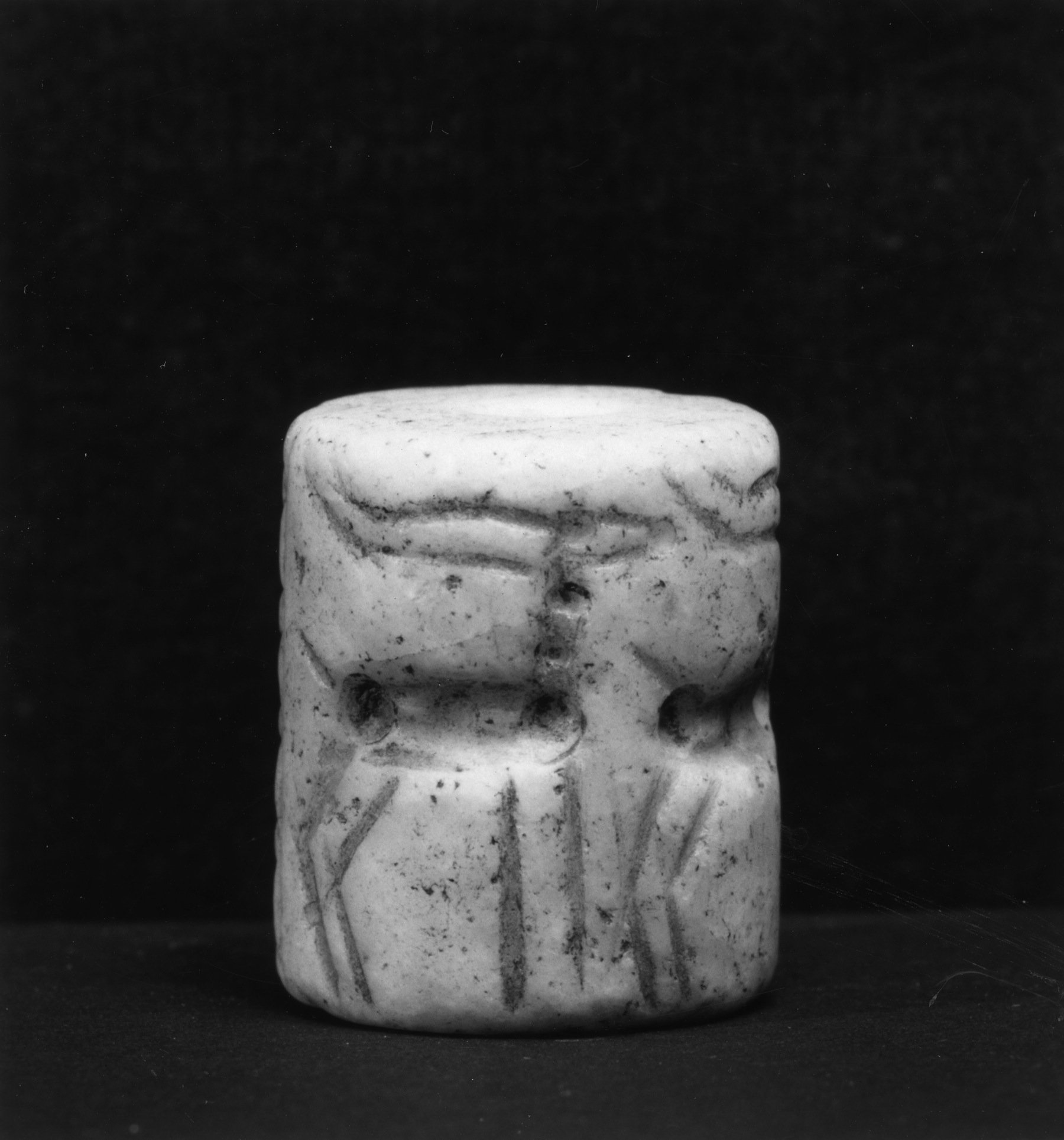 Cylinder Seal with Horned Animals before a Temple

Two horned quadrupeds stand before a temple façade decorated with geometric patterns. They may represent a sacred herd, animals raised at the temple for sacrifice.