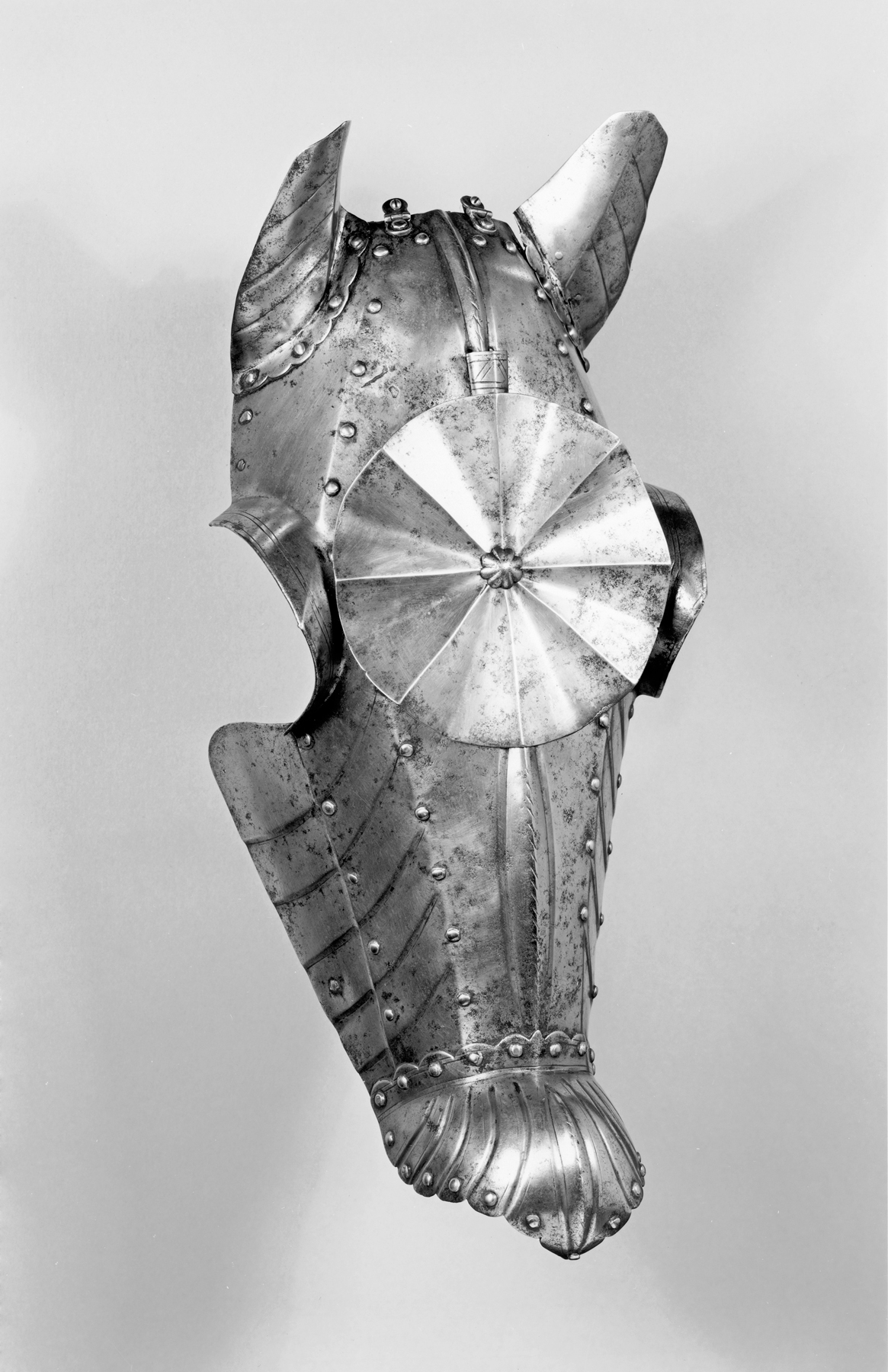 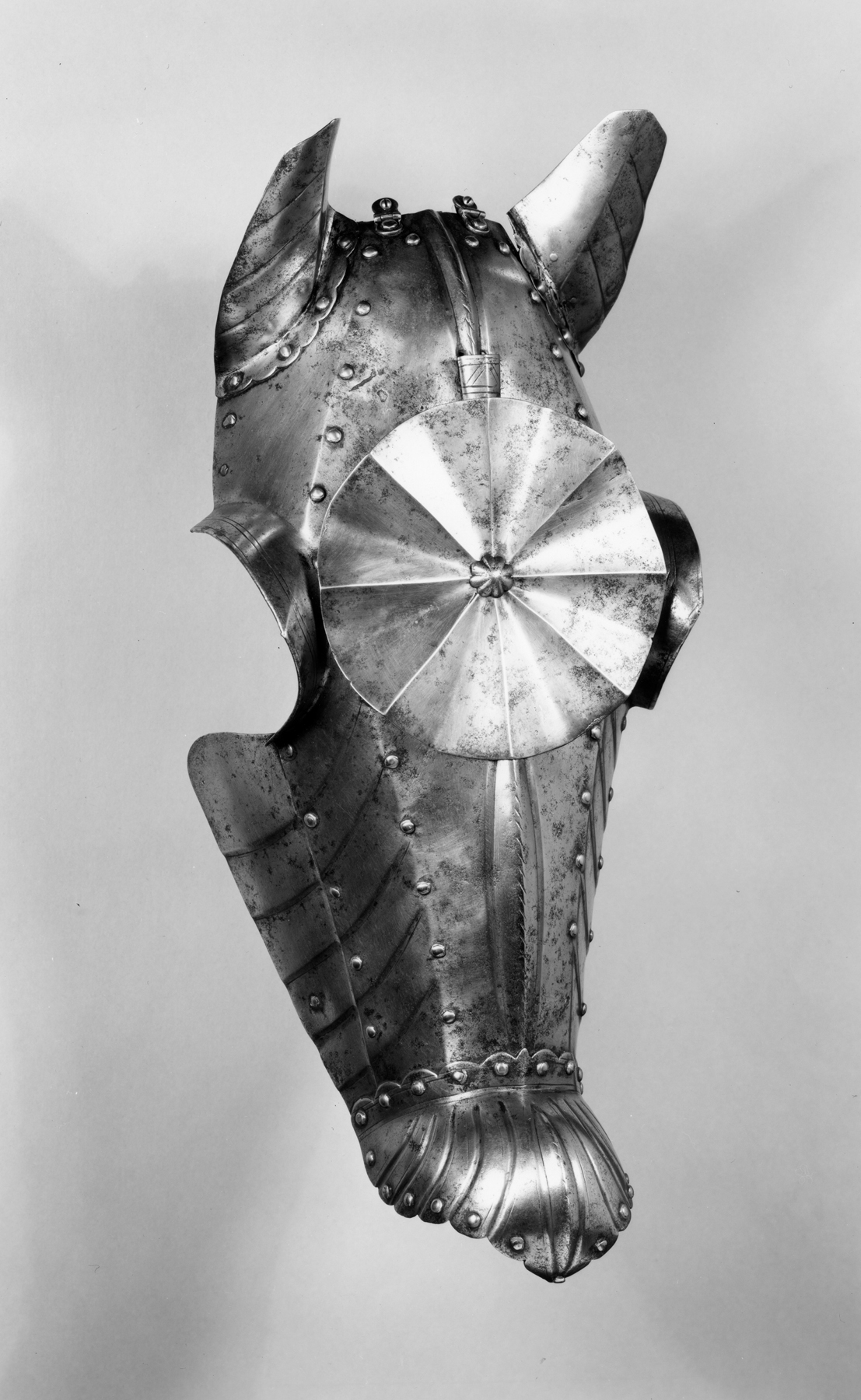 Horses also needed protection from the enemy's weapons. By the mid-1400s, armorers had devised a near-complete set of armor to protect the steed in battle. Together these formed a bard. The head was covered by a shaffron (from chanfrein, French for the part of a horse's head from the ears to the nostrils). Attached side plates covered the horse's cheeks. The neck was covered by a crinet, the sides by flanchards, and the hindquarters by a crupper. The peytral covered the front of the horse's chest and sides around to the saddle. The legs were left free for easy movement.