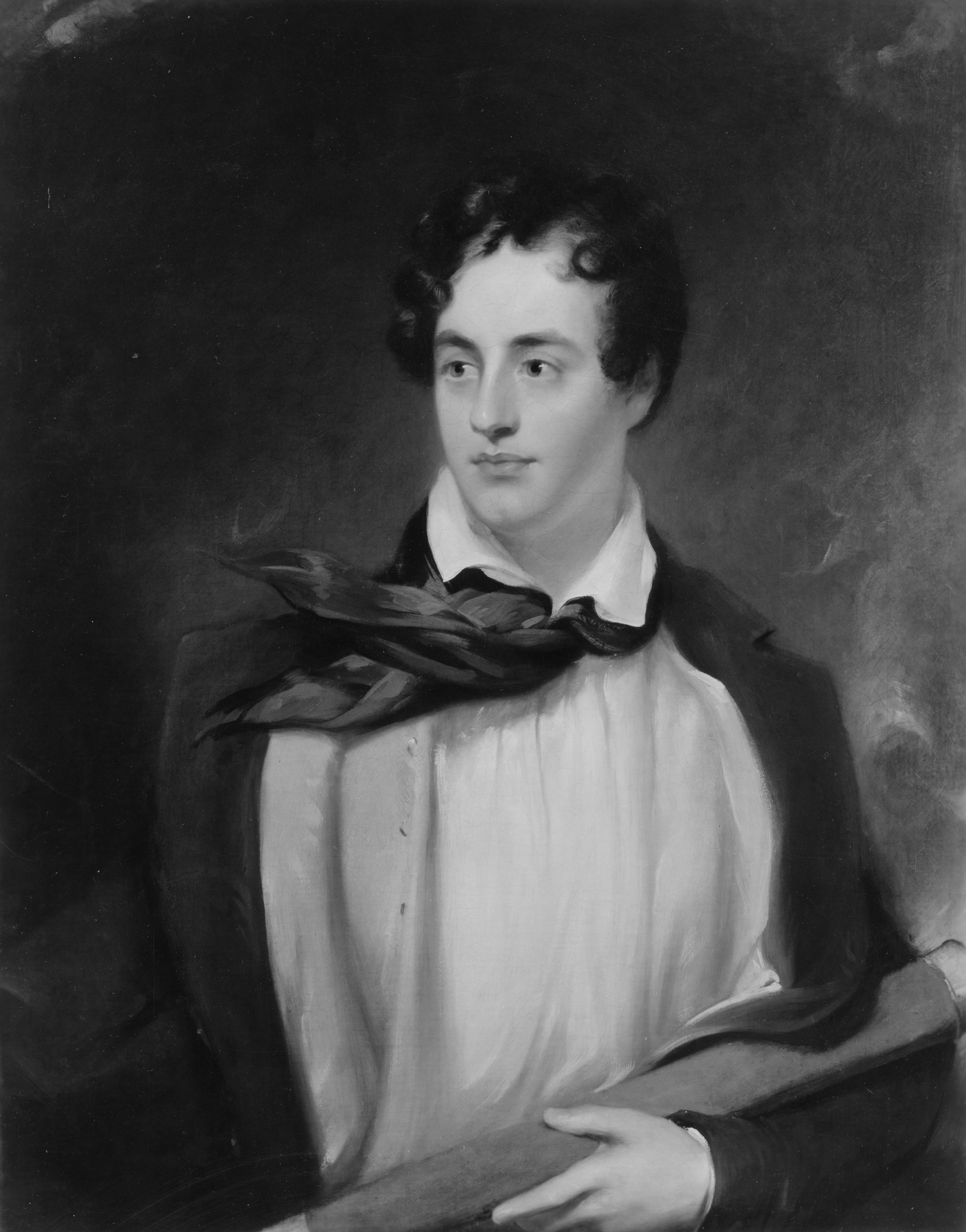 This picture replicates the head and torso of the principal figure in Sanders' "Portrait of Lord Byron and a Companion," in the Royal Collection, Windsor Castle. However the two paintings are different in several respects. The poet is shown with his left arm holding a telescope rather than hanging freely, and he is posed against a stormy sky instead of a mountain. More significantly, the subject wears an unbuttoned cream-colored waistcoat, rather than the blue, partially buttoned, garment shown in the original painting. This discrepancy is not found in Edward F. Finden's engraving of the poet published by John Murray in 1834 but it does occur in several other replicas, including William Finden's engraving of the complete composition published by John Murray in 1830, a well-known Rockingham biscuit porcelain statuette of the poet based on the picture, and an unattributed miniature showing the poet waist-length, sold at Sotheby's, London, December 14, 1976, lot 181. The prevalence of this variation in dress leads one to conjecture that it represented an alternative composition which the artist first expressed in a painted replica such as this painting at the Walters Art Museum.

That Byron was not fully satisfied with the likeness is indicated in a letter to his mother of July 1, 1810, quoted in Lionel Cust, "Notes on Pictures in the Royal Collections," (The Burlington Magazine, 27, 1915):

"I am glad you have received my portrait from Sanders. It does not 'flatter' me I think, but the subject is a bad one and I must even do as Fletcher does over his Greek wines make a face and hope for the better."

Acquired by William T. or Henry Walters, before 1909