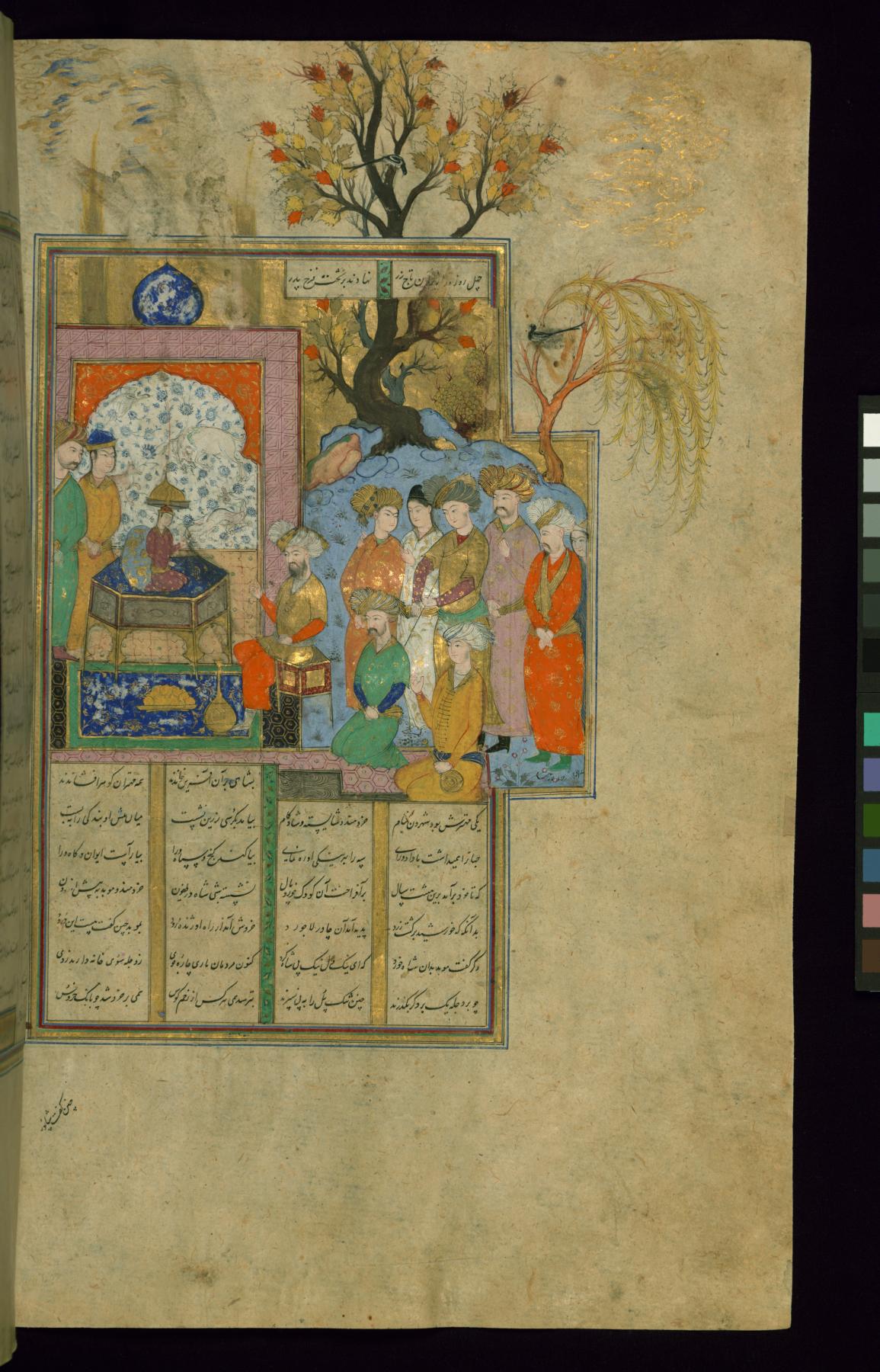 This folio from Walters manscript W.602 depicts the infant king Shapur II enthroned. This illustration is a spurious later attribution to Riza 'Abbasi with the date 1097 AH/AD 1685. 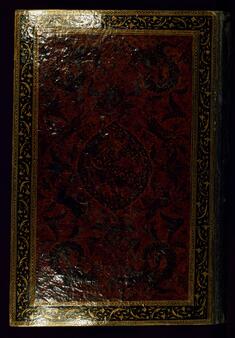