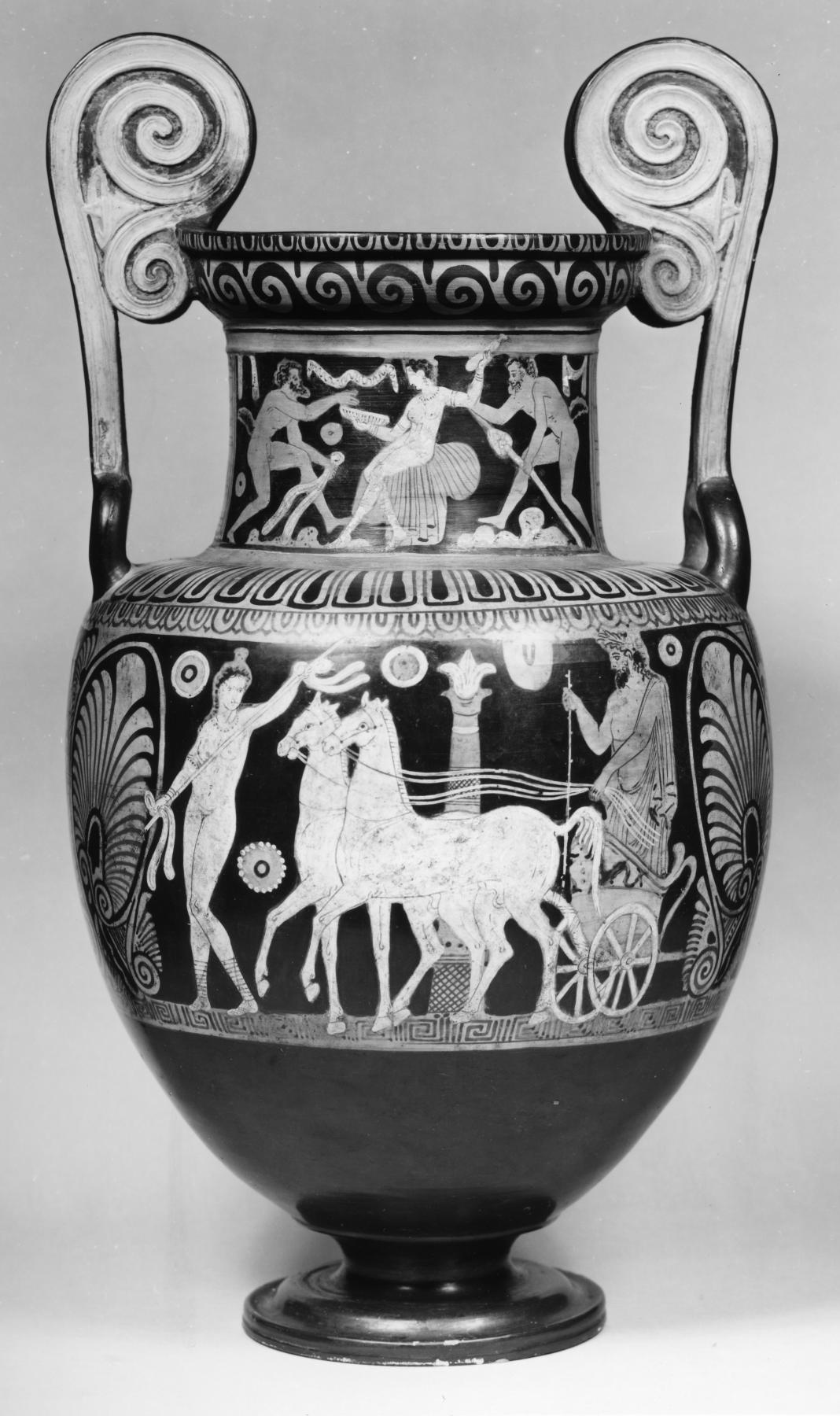 On this volute krater, the main motif is Tinia driving a biga (a two-wheeled chariot) drawn by two white horses in front of a columnar a funerary marker. They are led by a woman who gazes back at Tinia. She wears only sandals and jewelry and holds a long stick in both hands, decorated at its ends with flowing fabric. On the opposite side Tinia sits upon a draped surface holding his scepter crowned by an eagle, his attribute, with a woman on either side. While one woman receives an embrace from the youth behind her, the other stands before Tinia filling his phiale (libation bowl) from her small oinochoe (wine jug). A second youth stands behind the woman and hold a walking stick as he watches the action unfold. On both sides of the neck, a woman is shown seated and attended by two youths. The scenes on the neck are separated by sets of doors, perhaps the doors to the Underworld.

In Etruscan religion, the goddess Vanth accompanied the deceased on their journey to the Underworld, but she also lends her name to the so-called Vanth Group of Etruscan vase painting. The Vanth Group is refers to a group of several vases found in Orvieto, Italy and this vase’s specific Underworld imagery and artistic handling supports its attribution to the Group. Volute kraters are often used for mixing water and wine, but they can also be used as funerary markers. The themes on this volute krater suggest that it was employed in a funerary context.