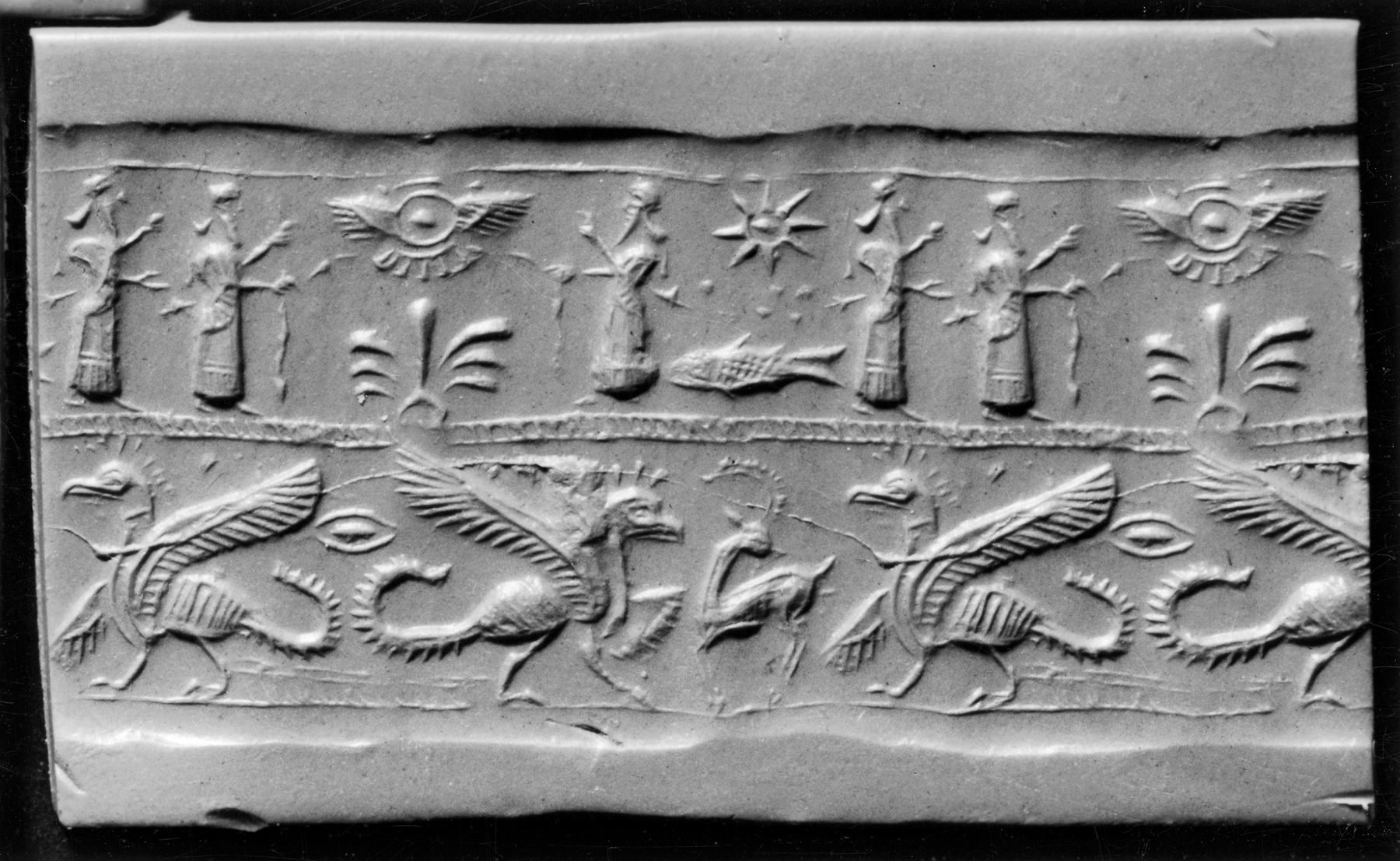 Cylinder Seal with Griffins, Humans and a Winged Disk

Appearing in the upper register of this seal, three figures flank a stylized sacred tree with a winged disk above. Two winged monsters with eagle heads and scorpion tails flank a falling goat in the lower register. The linear style of carving of this seal is characteristic of the 9th and 8th centuries BCE.