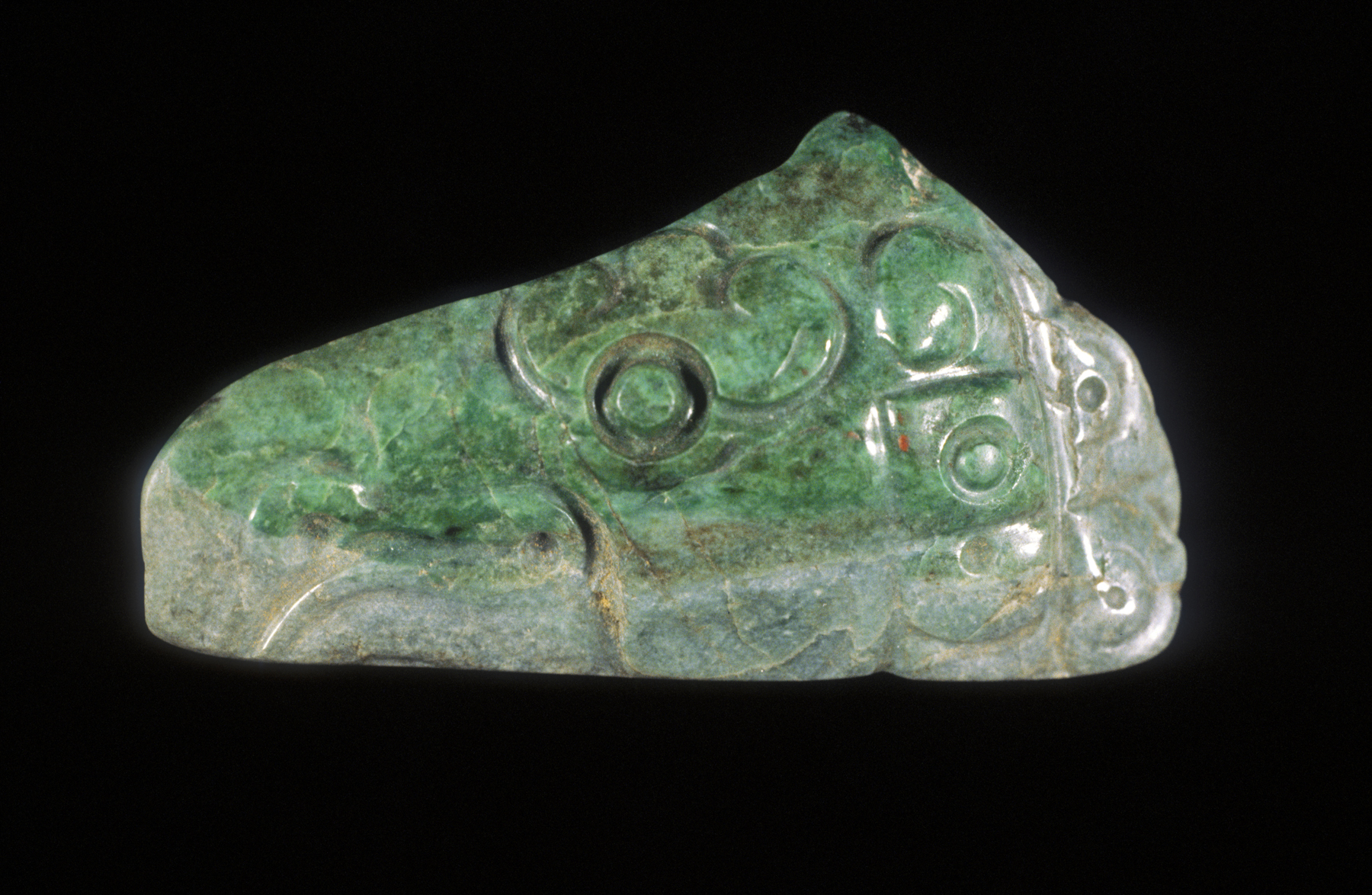 The inhabitants of the New World considered green stone varieties (eg. jadeite) to be an extremely valuable material. The bright green color was associated with life, which covers the earth in the form of green vegetation. An amulet such as this one would probably have been worn by a member of the royal family or by someone of the upper class. Birds such as eagles, hawks, and vultures--admired for their strength and speed--are common motifs in the art of the Americas.