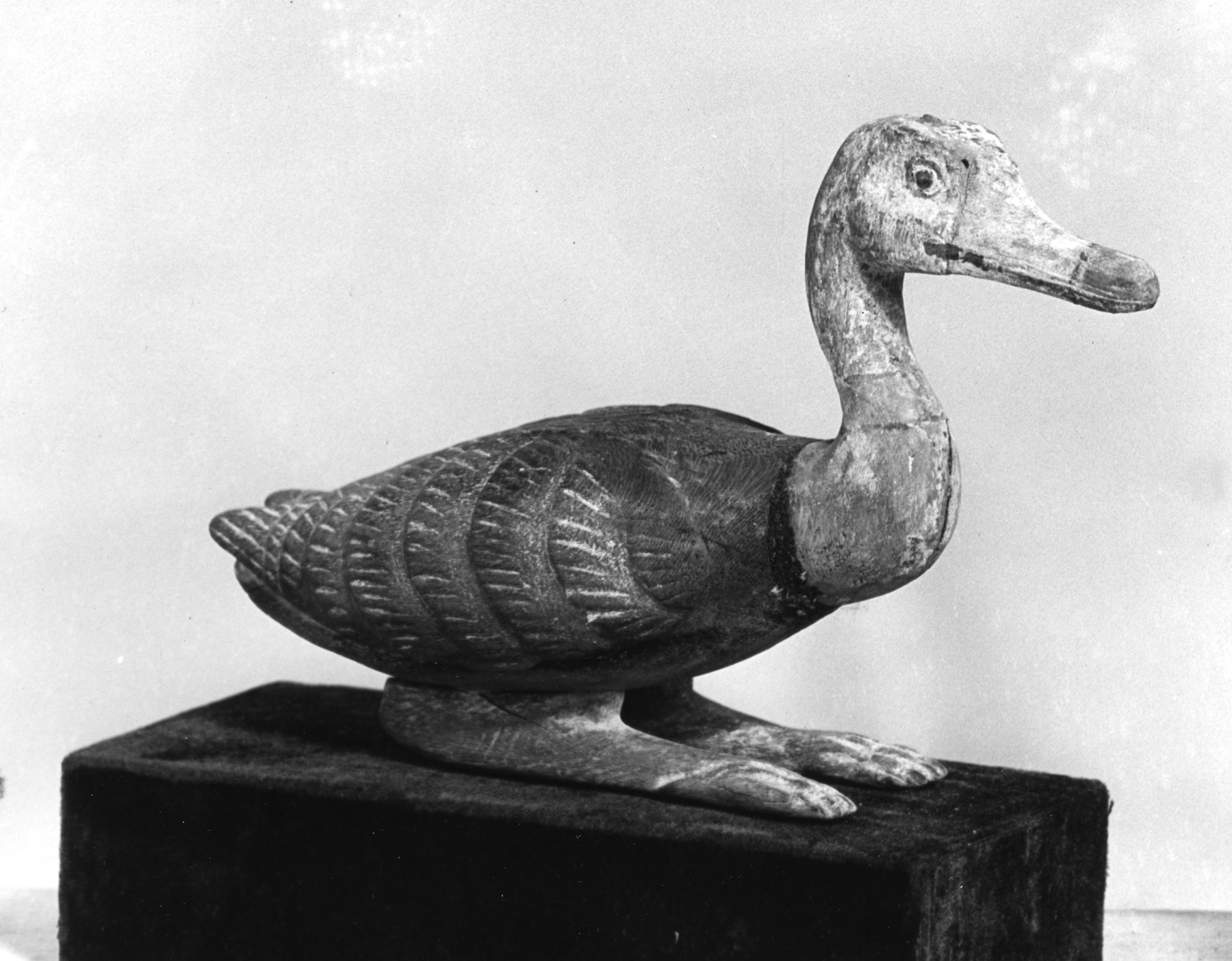 This duck figurine has wing feathers and eyes carved with a painted neck and head. There is a wood pin in the top of its head.

Geese, ducks, and other fowl were common in ancient Egypt. They were part of the daily diet and were used as offerings for deities and the deceased. Fishing and fowling were popular motifs in tomb and temple decoration. This colorful duck is unusual in its size and style, and it is possible that it was re-carved later. The authenticity of this piece has been questioned.

[Said to have been found at Meidoun]; Navare, Paris, [date and mode of acquisition unknown]; Henry Walters, Baltimore, 1929, by purchase; Walters Art Museum, 1931, by bequest.