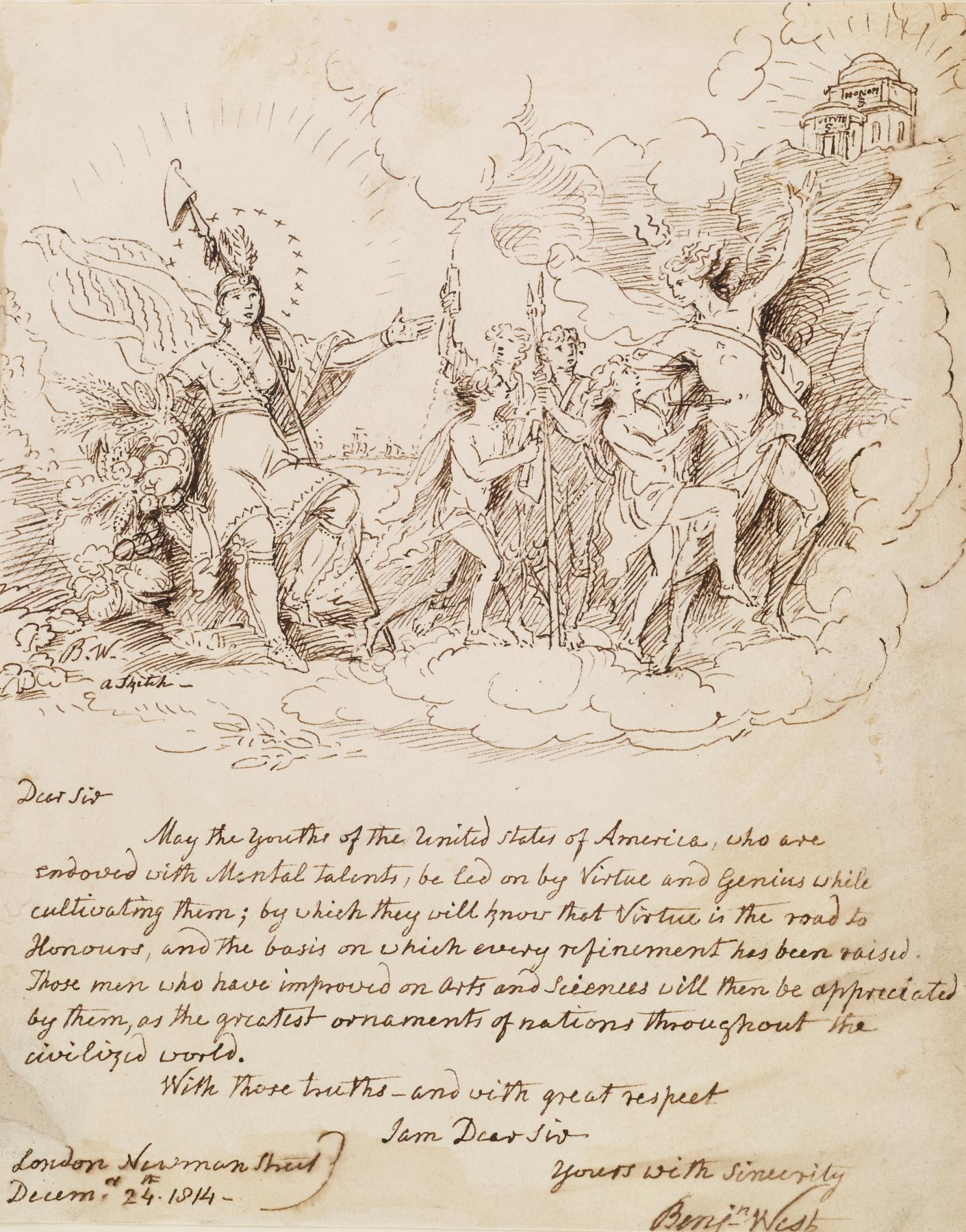 This ink drawing is a "holograph"- a document written entirely by the hand of the person whose signature it bears. With words and images all supplied by the same pen, holographs represented a particular claim to authenticity. These were sought after in the first half of the 19th century by collectors who would assemble them into albums. This holograph is likely to have come into the Walters' collection from that of another Baltimore collector, Robert Gilmor. The interest of this sketch for its original owner would have been underlined by the inscription indicating that the holograph was executed at West's famous residence and gallery in Newman Street, London.

The allegorical drawing depicts a seated female figure to the left gesturing to the right, representing America, while a group of youths at the center are being lead by the male figure of Genius, who also gestures right toward two classical buildings labeled "Virtue" and "Honor." This holograph evokes sentiments similar to another in the Walters collection of the almost the same date by Morse (WAM 37.1536).