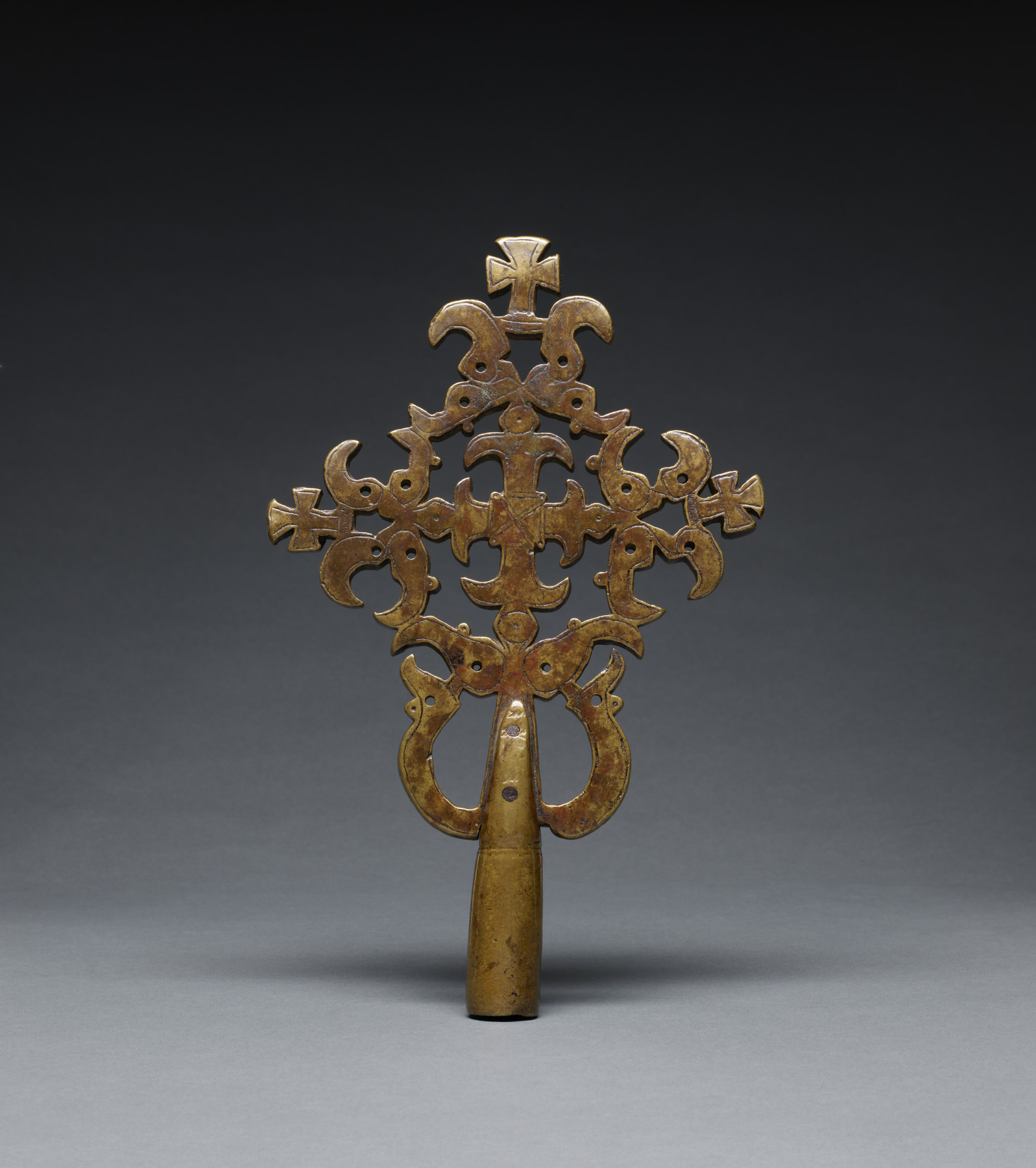 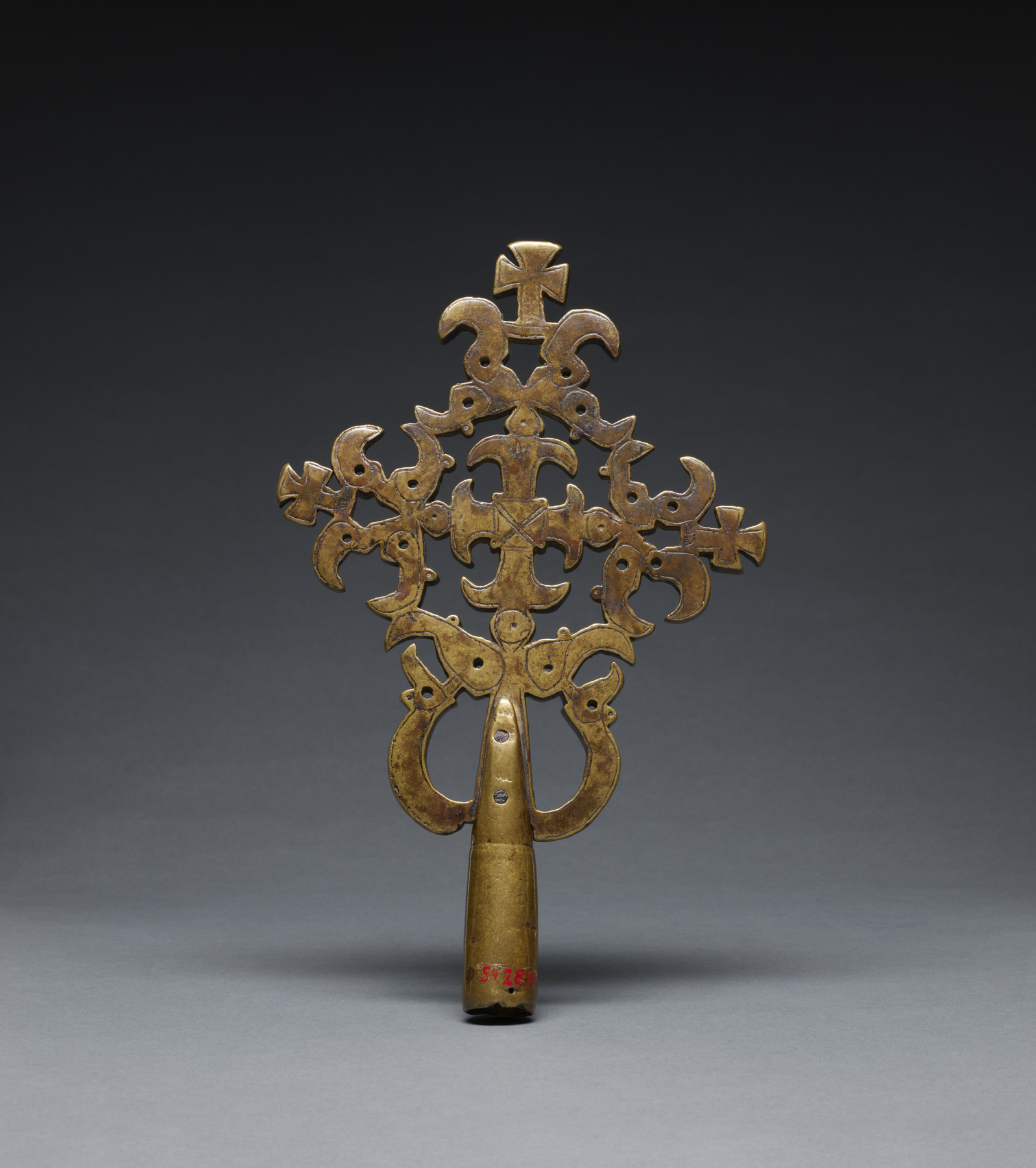 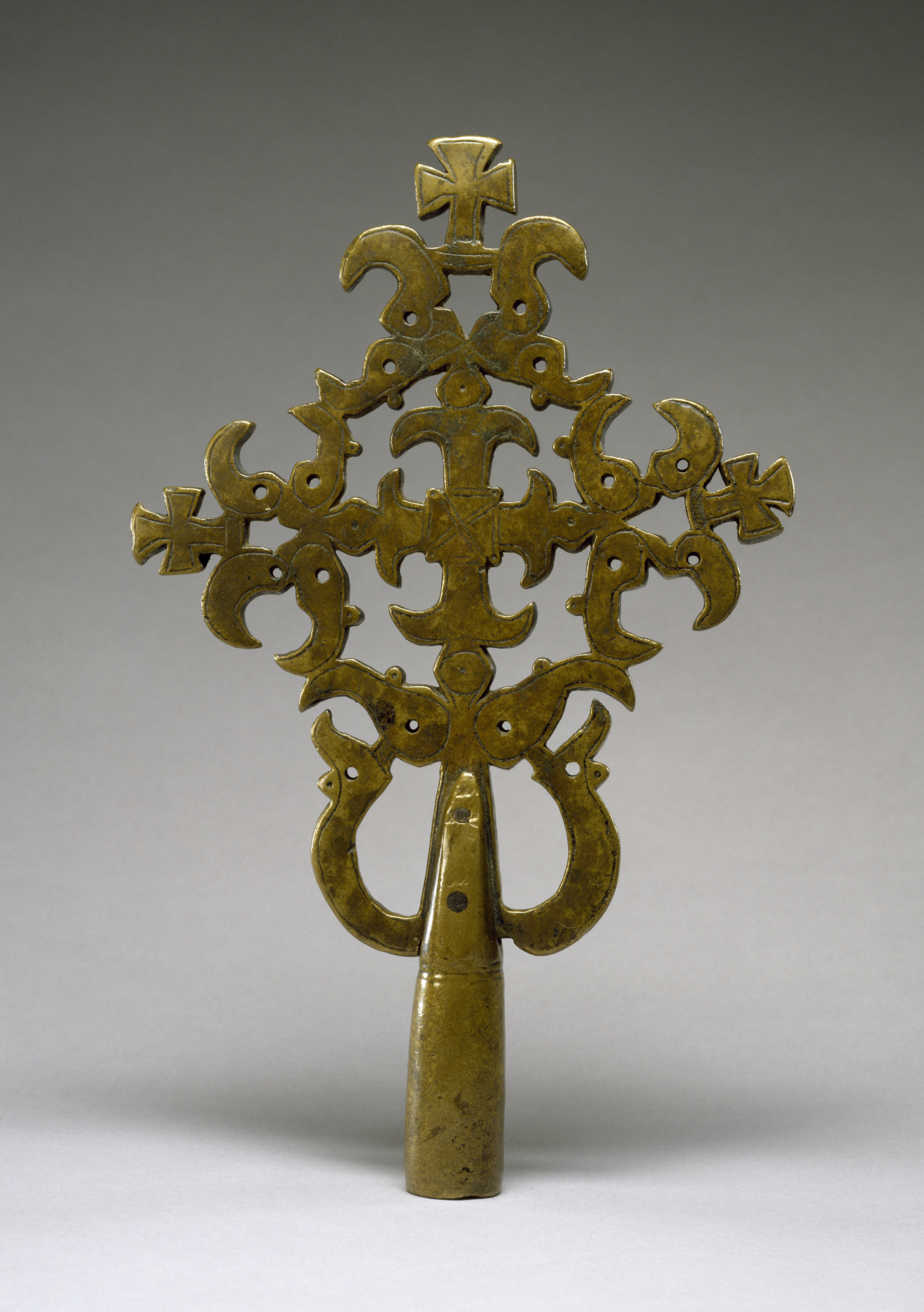 The complicated design of this cross must have presented a considerable challenge to its creator, who cast its body in one piece. Simple incised borders sharpen and distinguish the individual components of the object. These lines, which were probably added freehand, provide a texture that animates the surface of the entire cross. The numerous perforations create an intricate silhouette, but also serve the practical function of conserving material and minimizing weight. The shaft, perhaps a later edition, was riveted to the base. The foliate decoration of the cross, which simultaneously suggests birds and vegetation, creates a complex pattern around the small cross at the center. In Ethiopian art, birds often serve as heralds of the Resurrection, and their evocation here is therefore appropriate. The multiple projections further strengthen the allusion to the rejuvenating power of the cross, as their tendril-like repetition conveys a sense of organic growth. The additional presence of three smaller crosses at the terminal points of the object reiterates this idea; the crosses spring like young buds from their supporting extensions.