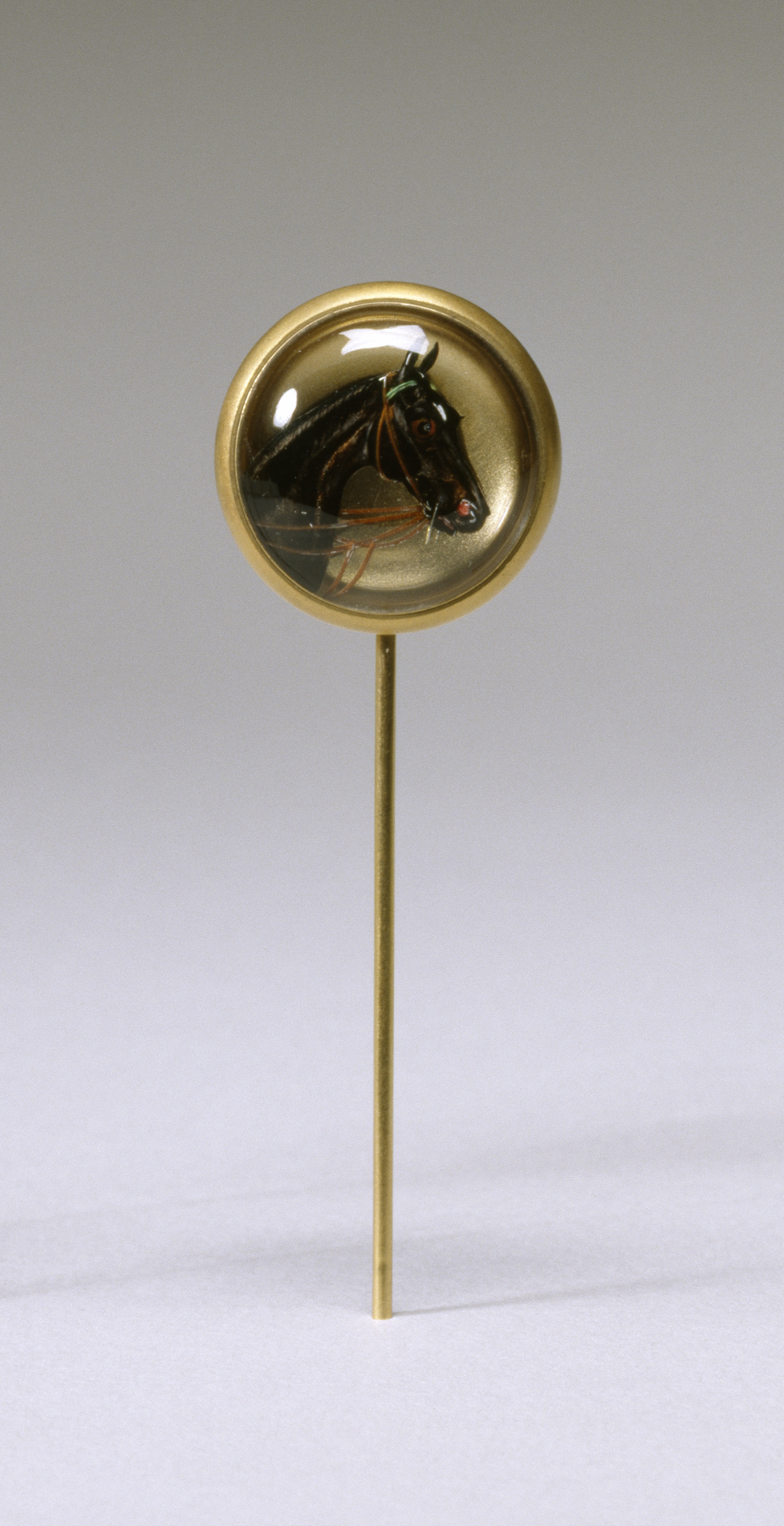 During the early 19th century, stickpins were a popular accessory worn by men as a tie or cravat pin. They came in a variety of precious materials and motifs. So as not to appear feminine, they frequently represented hunting, sporting, or other typically male pursuits. They were also crafted as mourning, commemorative, or souvenir pins. Animals were particularly popular.