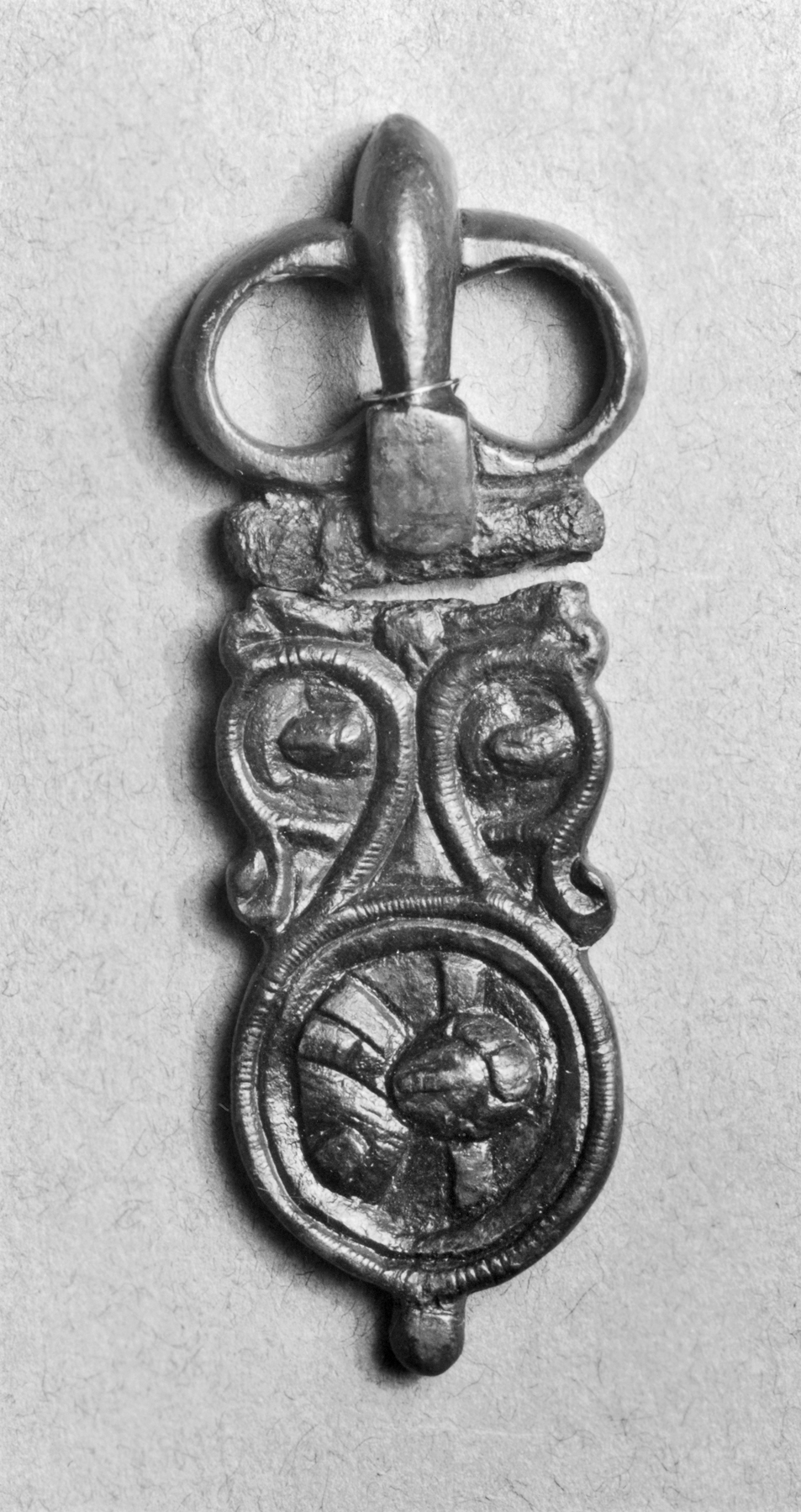 On this bronze buckle, one of many made for less wealthy patrons, the portrait of a beardless Christ was thought to protect the wearer from harm. Belt buckles were in use in the Byzantine Empire by the 5th century, when the Roman toga began to be replaced by trousers as part of the cultural influence of the northern migratory peoples.