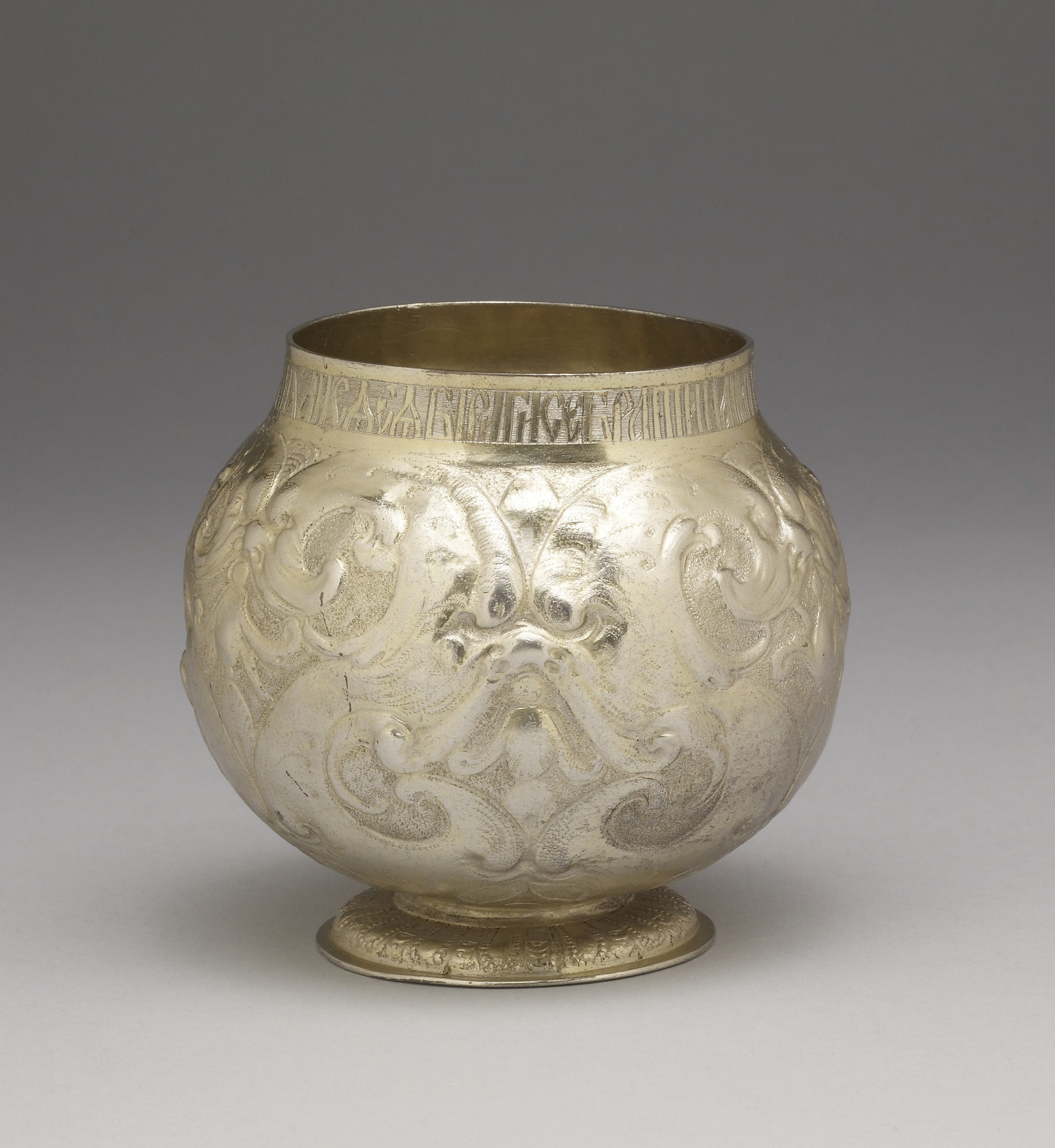 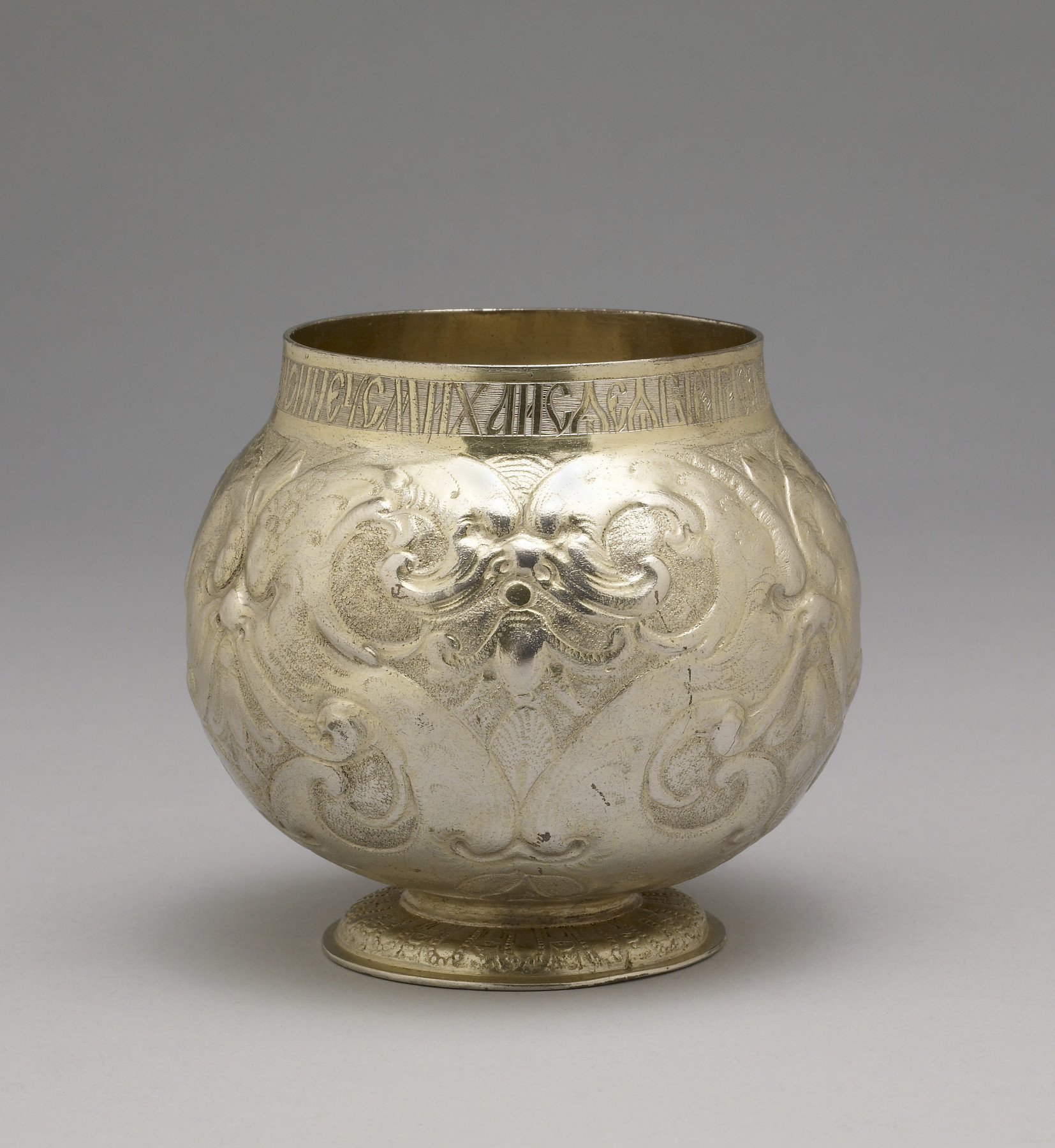 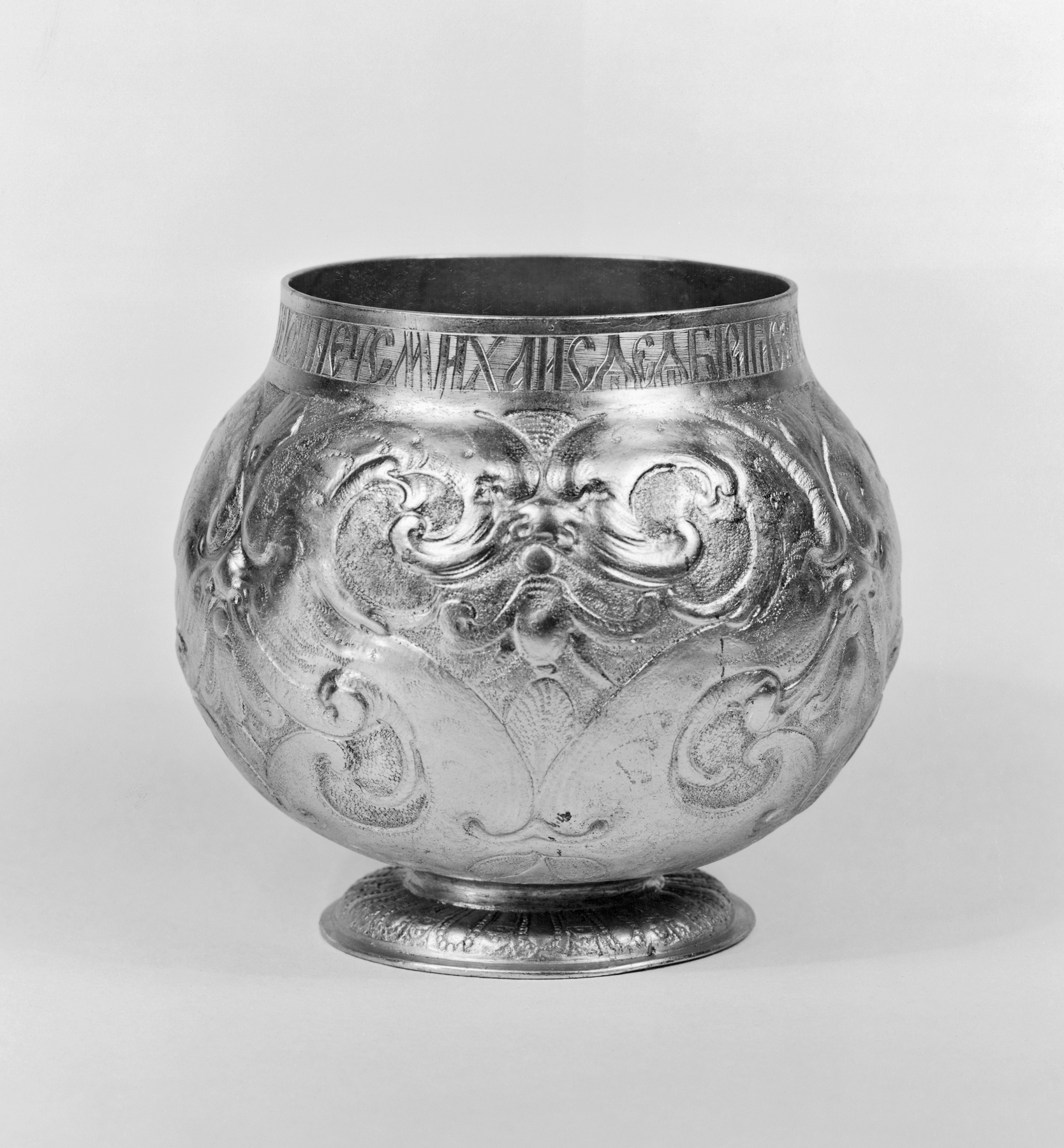 During the early 1600s, Dutch merchants were in Moscow actively pursuing the Russian fur trade. They brought gifts for the court that apparently included Dutch metalwork, which influenced the style of local craftsman. Their work, in turn, would have been prized as gifts to be taken back to Holland. This characteristic "bratina" (from the Russian "brat," meaning brother) was to be passed around at feasts. The embossed, chased decoration with masks and flowing forms draws on the work of Dutch silversmiths at mid-century, epitomized by Johannes Lutma.

[Inscription] Along the edge: Се братина: Питiемъ не упиваисѧ, посудинои не оусмихаисѧ, еѧ бiриги. [Translation] The "bratina" says: “Do not get drunk from the drink [and] do not brag of [your] table plate [but] guard it.”