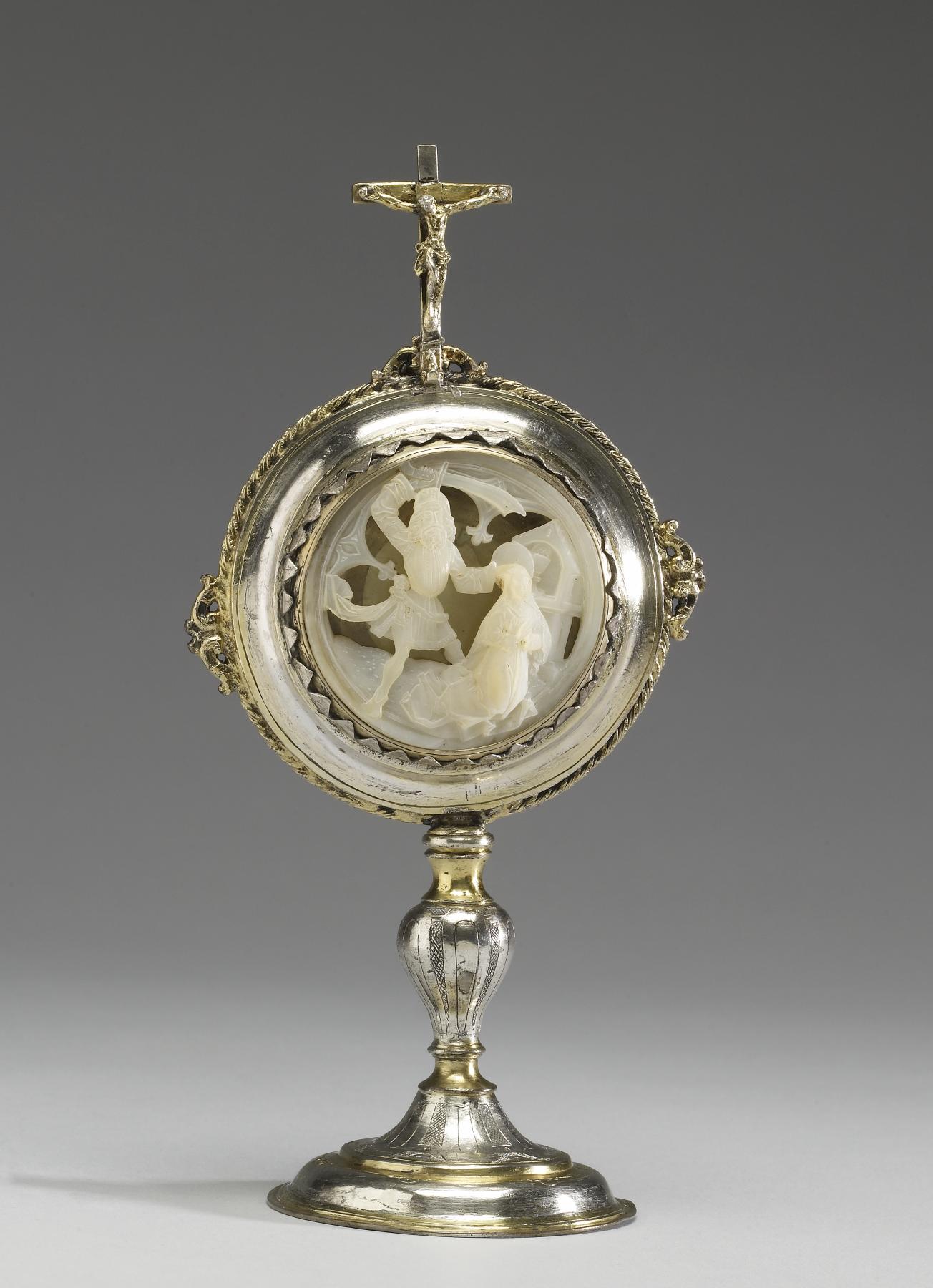 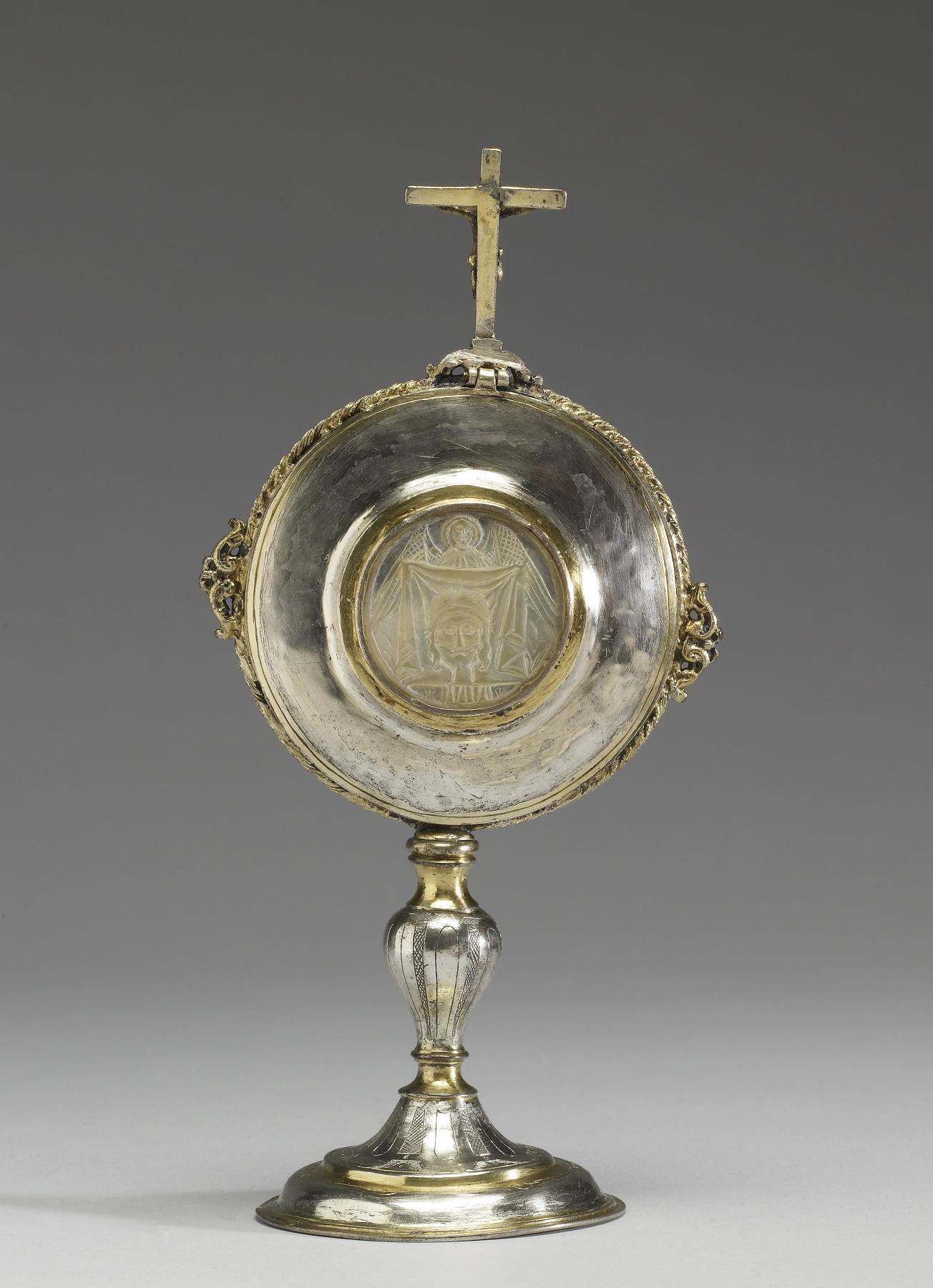 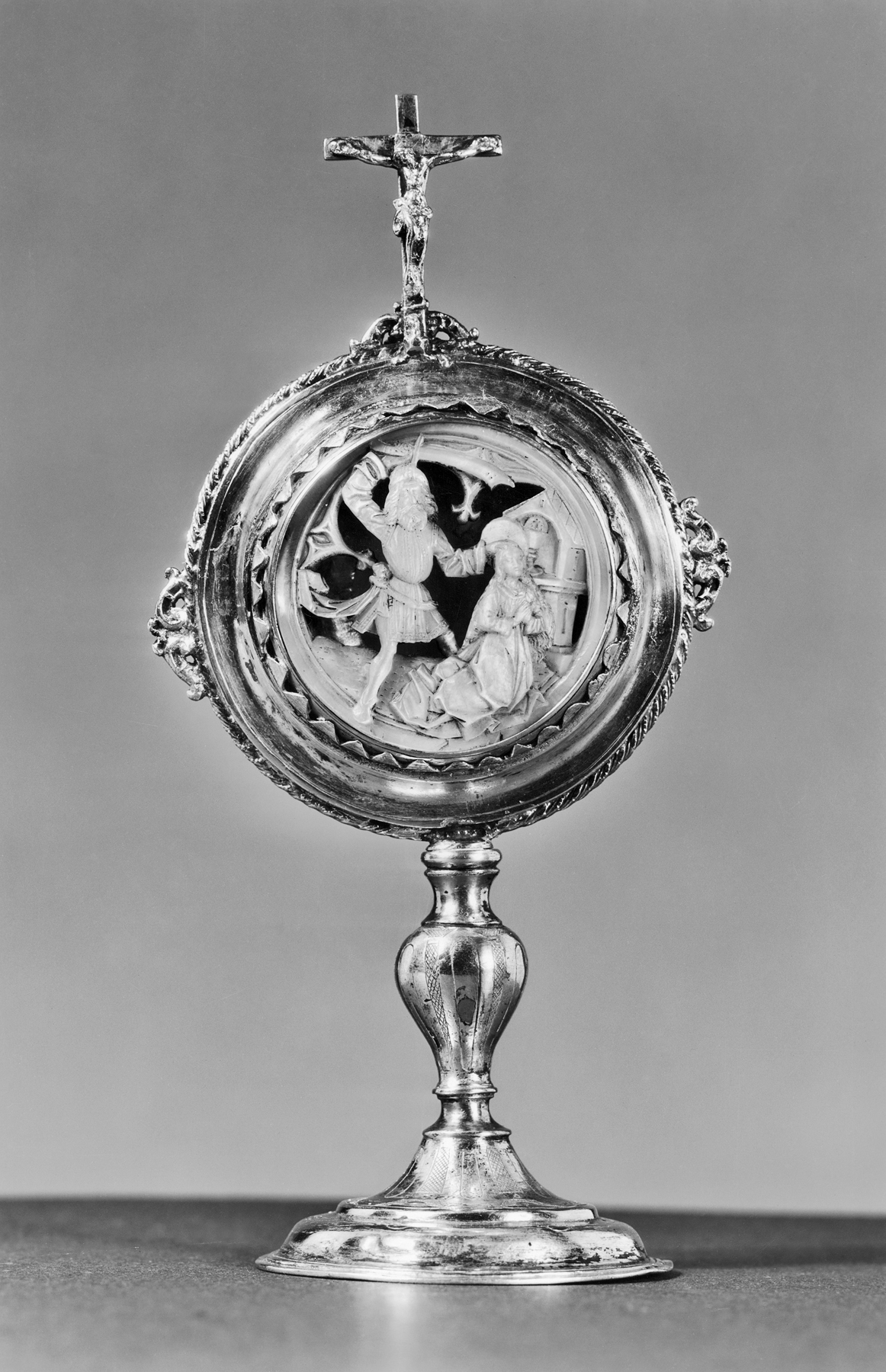 Pax with the Martyrdom of Saint Barbara

Adapted from an engraving by a German master active about 1450-67 and known only by his initials "E.S.," the relief depicts the saint kneeling in submission to her pagan father as he prepares to behead her due to her refusal to deny her Christian faith. . In the 17th century, the mother-of-pearl medallion was incorporated into a silver mount and made into a pax, a liturgical object which was ceremonially kissed by the priest and then by the communicants during the mass.