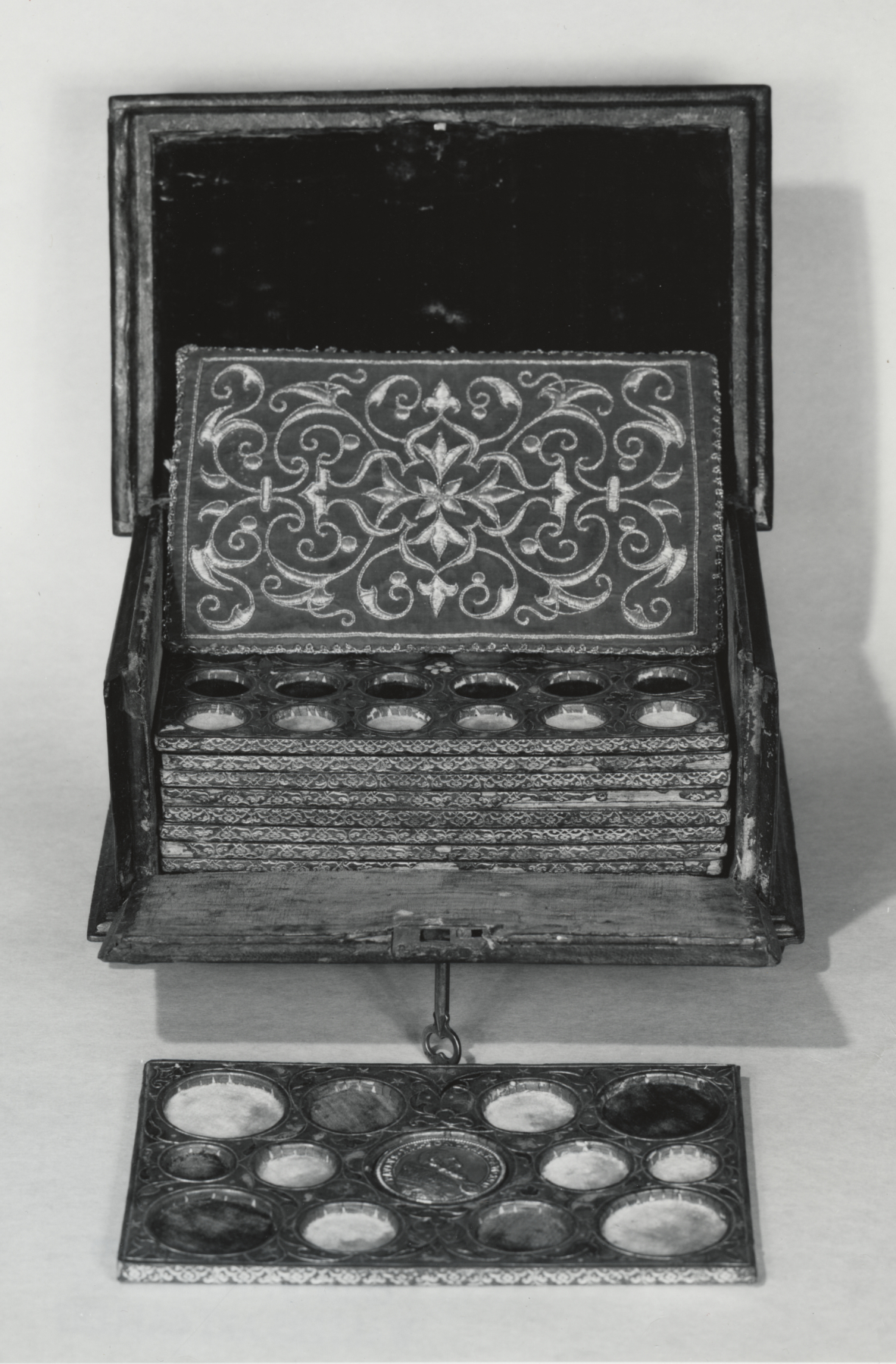 This coin box once belonged to Duke Cosimo I de' Medici (1519-74) and his wife, Eleonora da Toledo (1522-62). The coat of arms of the ducal couple can be seen on the lid of the box. Perhaps this luxurious object was made in connection with their wedding in 1538. The astrological sign of Capricorn was among the duke's heraldic symbols, while other motifs on the box allude to the city of Florence.

The Renaissance fascination with antiquity was often seen in the collection of ancient coins. Both ancient and modern coins could have been placed in a box like this.