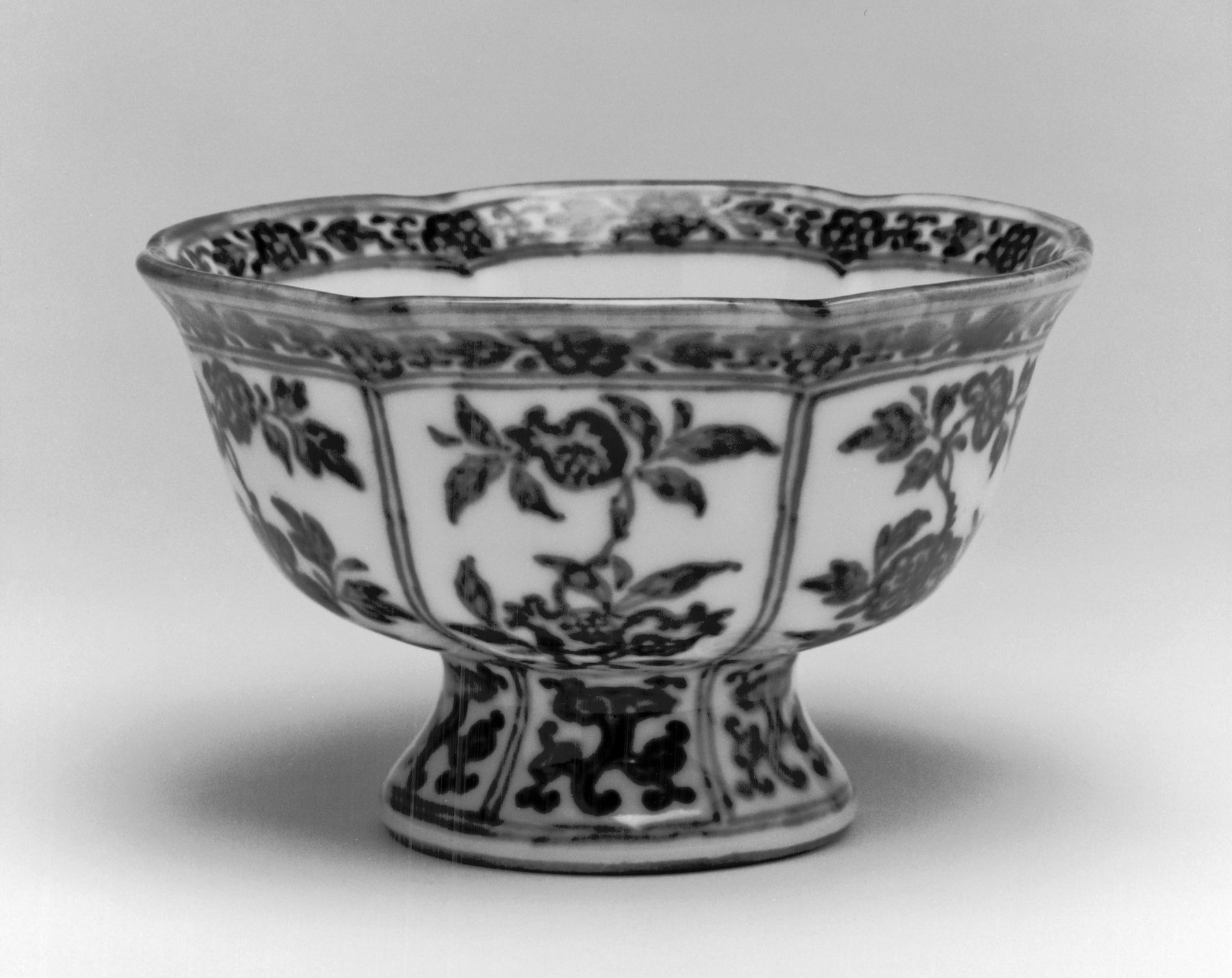 This footed cup is divided into six parts, segmenting the porcelain with a scalloped lip and further by the double lined borders painted vertically down the cup's body. Along both the inner and outer rim is a foliated band of simple flowers and leaves forming six arches that mirror the shape of the lip. Below the floral band, pomegranate and peony sprays alternate from one framed section to next. Beneath each floral decoration is the sacred fungus lingzhi, believed to ensure long life and a symbol for immortality.