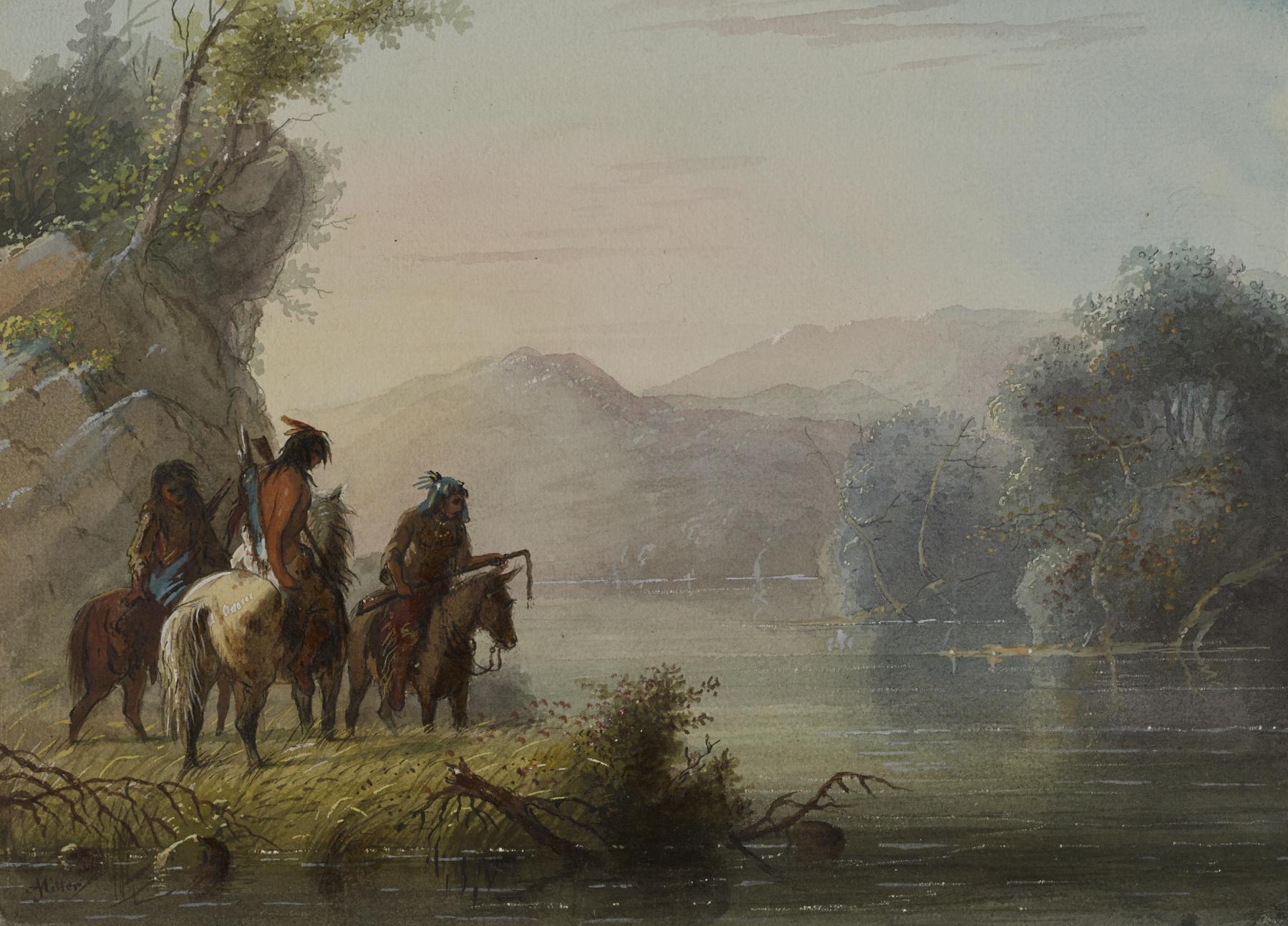 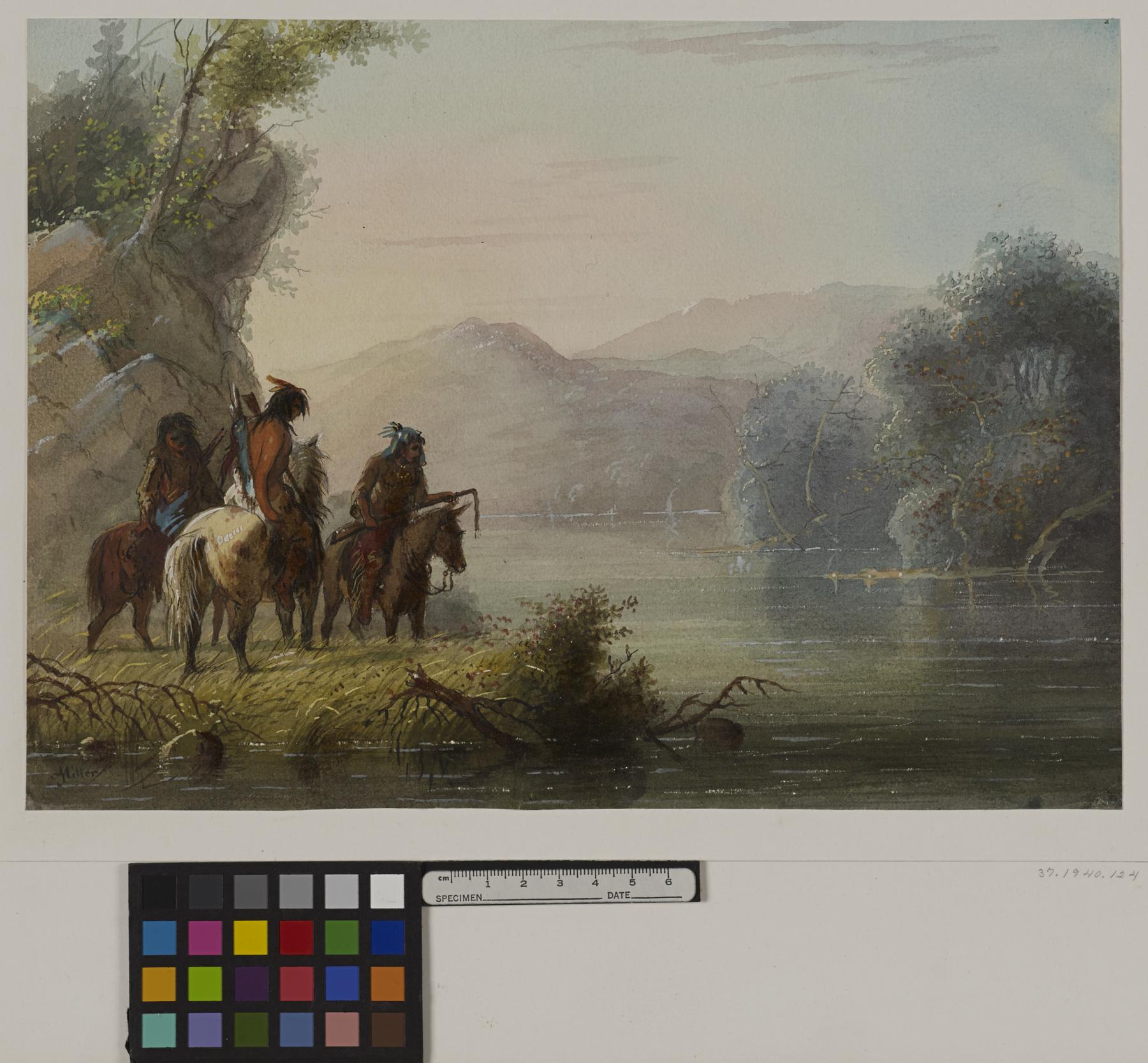 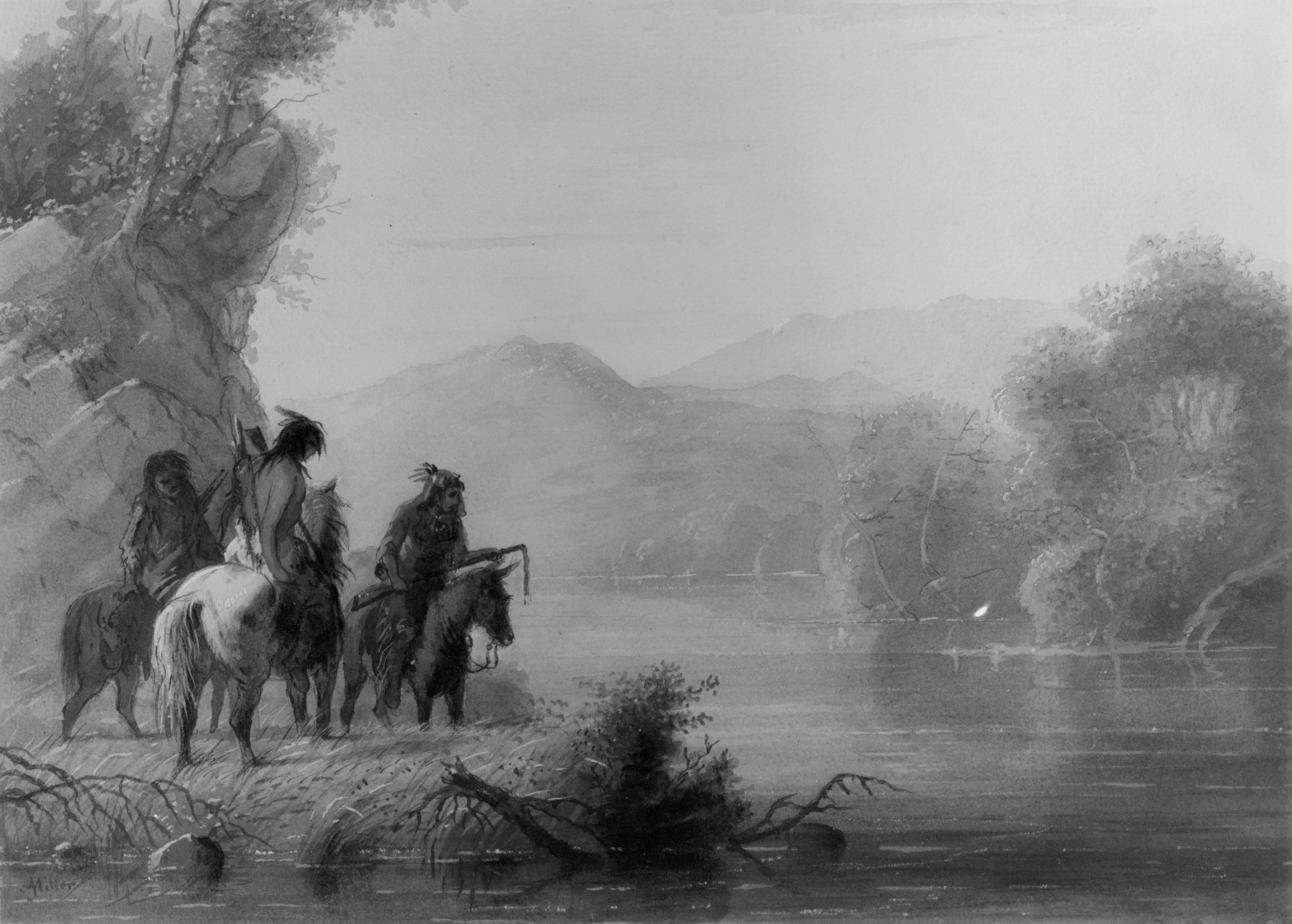 Hunters in Search of Game

"The incident of the sketch is an every-day ocurrence. Parties of from 2 to 4 men start out every morning after breakfast in different directions to supply porvisions for the camp;- having been unsuccessful on the prairie, they have come down to the backs of the River Eau Sucre;- and in default of Buffalo, are now ready to bag anything that offers;- Mountain Pheasant, Hare, Geese, Ducks, and 'such smaller deer' are welcome. The Rocky Mountain pheasant is totally unknown in the States,- being nearly as large as a full grown turkey;- feeding principally on Artemesia gave a wild and rather bitter taste to its flesh. The Hare of this part of the country is also sui generis, and in taste not perceptibly different from rabbit,- A large tortoise was occasionally captured, altogether different from any we had before seen. Its outside shell (top and bottom) was soft." A.J. Miller, extracted from "The West of Alfred Jacob Miller" (1837).