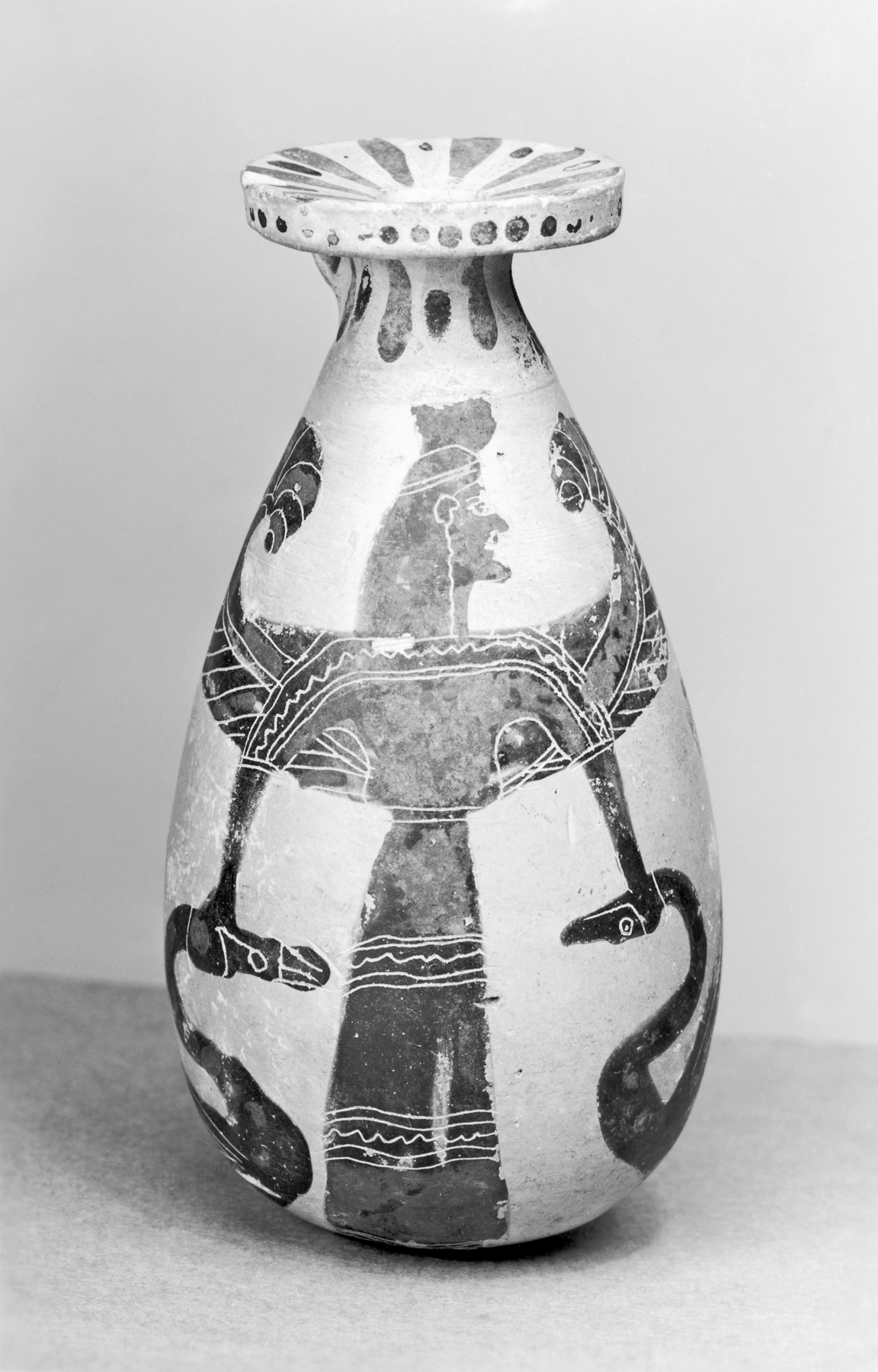 Alabastron with the "Mistress of the Animals"

The main motif on this alabastron (perfume and oil vessel) shows a winged female figure in a black and red peplos (a long dress with short sleeves) decorated with incised lines. Her red face is in profile, her black hair falls upon her shoulders, and she wears a polos (a type of crown or headdress). Her wings are formed of red and black diagonal bands that, with the incised lines, create the effect of feathers. She grasps the neck of a red and black swan in each hand. The figure is a "Mistress of the Animals," or Potnia Theron, a female deity commonly associated with the goddess Artemis, displaying her power over animals.

Black-figure vase painting is categorized by figures drawn in black silhouette, the internal details of which are created with incised lines as well as the addition of red and white pigments. It first emerges in Corinth in the mid-7th century BCE but developed into the full Corinthian style in the last quarter of the century. Corinthian style pottery often uses Near Eastern, or “Orientalizing,” motifs, depicting real and mythological animals in registers crowded with incised rosettes.