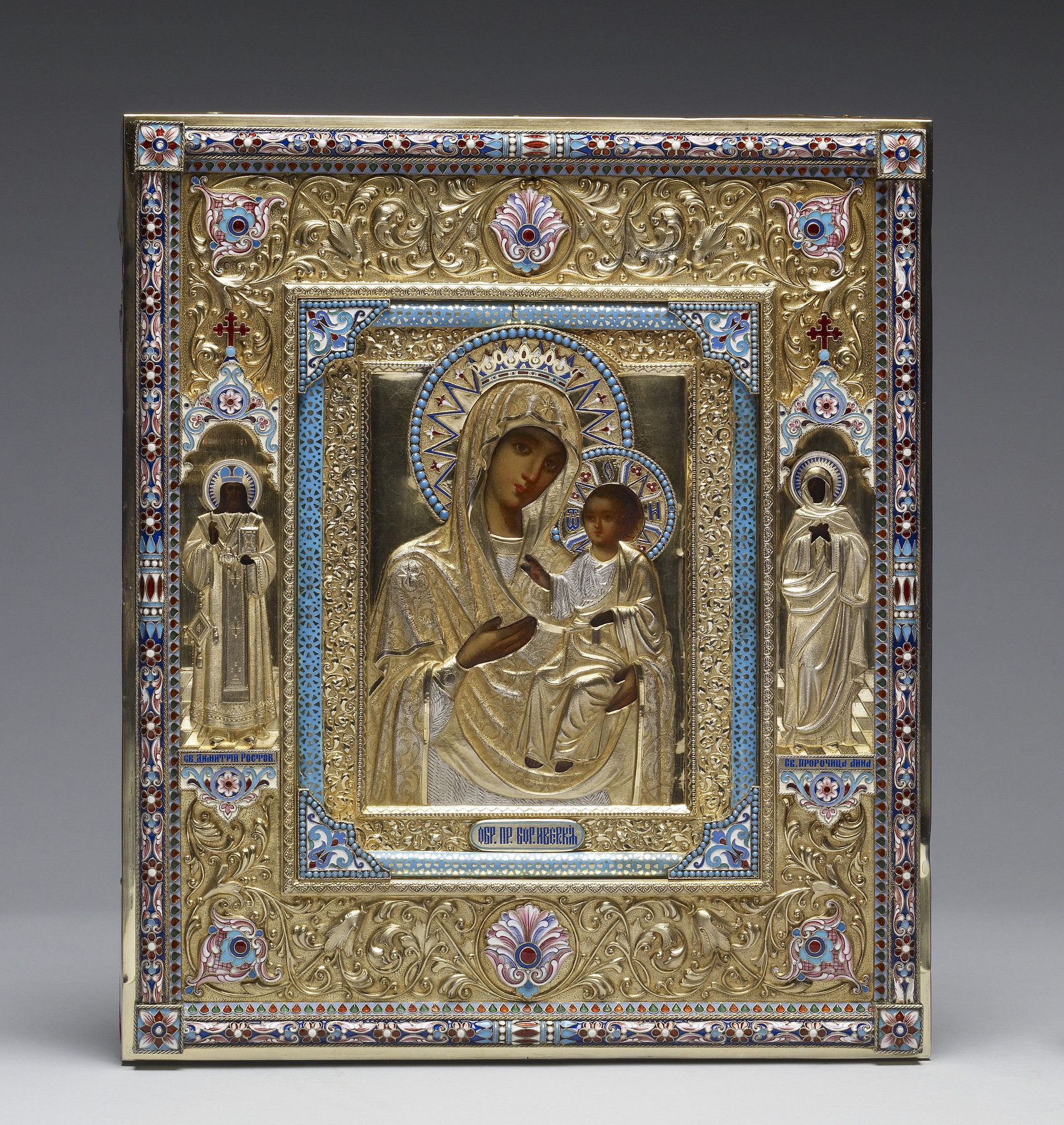 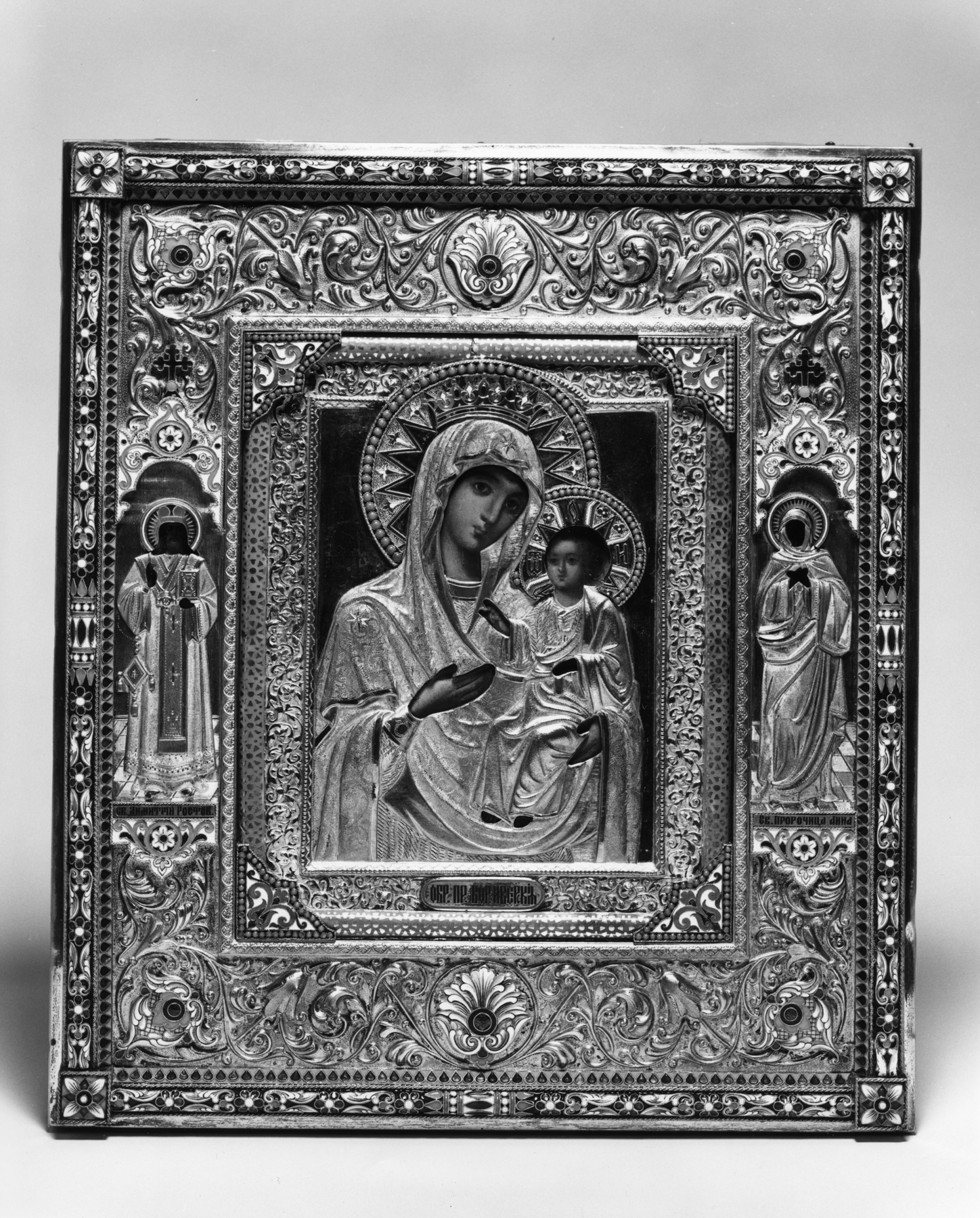 This icon repeats a copy, ordered in 1647 and brought to Moscow the following year, of a much older, miracle-working image from the Georgian Monastery of Iveron, on Mount Athos, Greece (hence the name "Iverskaya", i.e. "of Iveron"). This copy was subsequently installed in a special chapel built in its honor in the Kremlin's Resurrection Gates, the main entrance to Red Square. It was one of the most revered icons in Moscow until the chapel that housed it was destroyed and the icon was lost in 1917.

In the frame here are the 17th-century Saint Demetrius of Rostov and St. Anna, the prophetess (Luke 2:36-38). The fact that these saints are not normally depicted together suggests that they were probably the namesakes of the icon's owners. The painting is academic in style; unlike traditional, older icons, the faces of the Virgin and of Christ display a sense of depth and are realistically shaded.

The silver gilt and enamel cover is a mixture of various styles, as was common in the late nineteenth century. It is stamped with the mark of Ivan Sergeevich Lebedkin, state assayer for the district of Moscow in 1899-1908. A second stamp contains the Cyrillic letters I and T, initials of the goldsmith Ivan Tarabrov. The back of the piece is covered with red velvet.

Gift of Mrs. Celia Blank in memory of William Blank, 1984