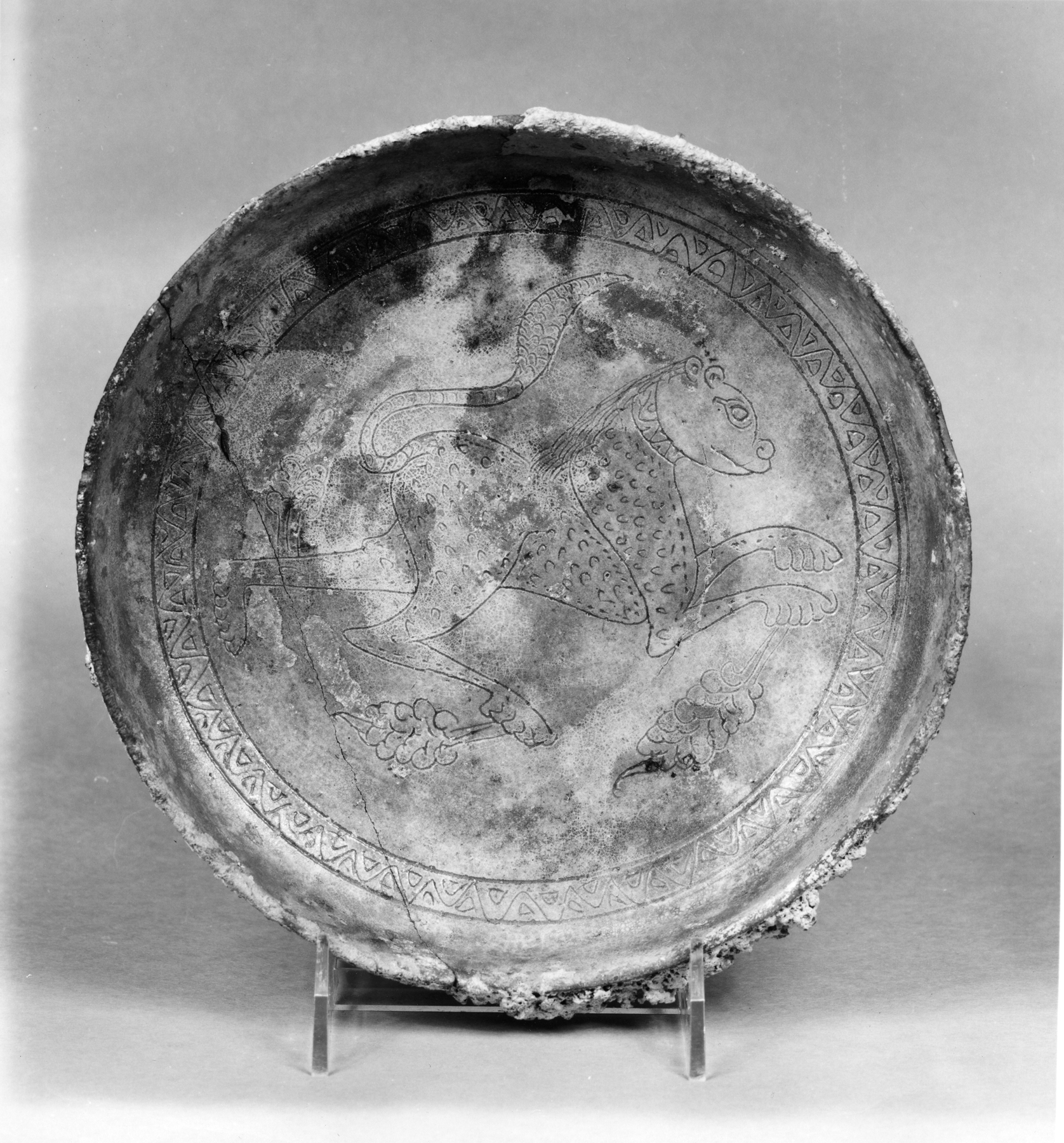 Dish with a Cheetah

This dish, together with Walters 48.2290 and 48.2292, was discovered in the shipwreck of a large Byzantine trading vessel near Alonissos in the Aegean Sea. The ship's cargo consisted of some 1,500 pieces of tableware, most decorated with drawings incised into a thin layer of fine white clay. This technique, now called "sgraffito," was brought to Byzantium from the Islamic East. It was from the Near East, too, that the Byzantine nobility learned to hunt with specially trained cheetahs like the one seen here. Such sports were reserved for the wealthy, who normally ate from silver plates, but they would have been familiar also to the less affluent users of clay tableware. Because of their association with the rich and powerful, hunting animals were believed to bring good fortune. 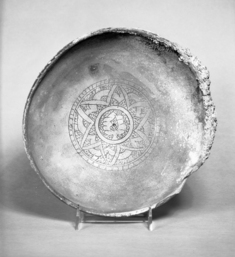 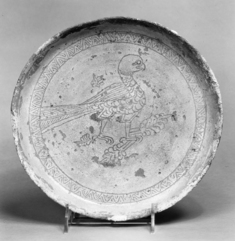 Dish with a Falcon