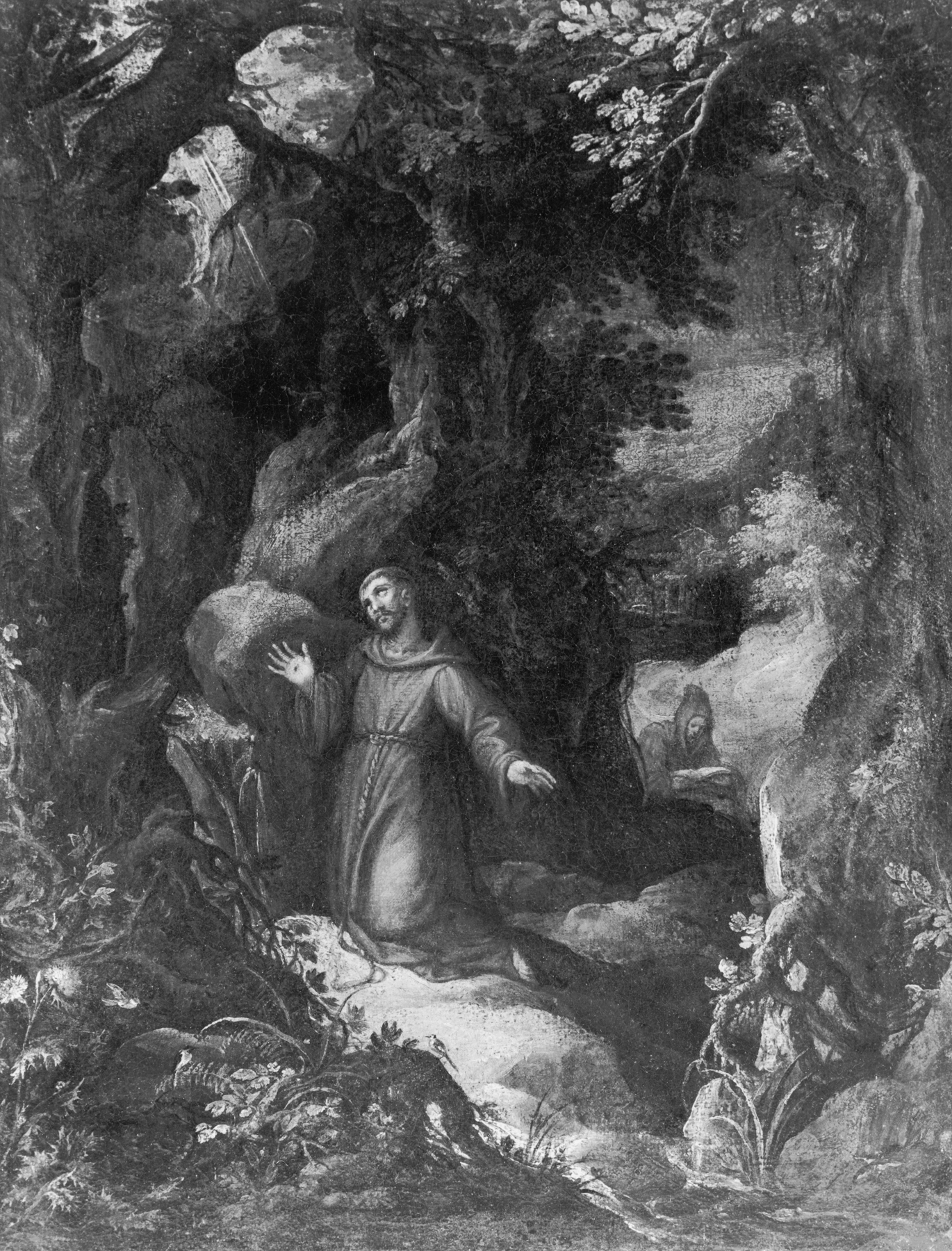 In 1224, as St. Francis (1181-1226) and a follower Brother Leo were meditating on Christ's suffering during a forty day fast spent in the wilderness of Mount Verna, Francis had a vision of a seraph (a six-winged angel) crucified like Christ. Immediately, there appeared on Francis's body the stigmata, visible marks of the wounds of the crucified Christ that he carried to his grave, thus a physical manifestation of his desire to imitate Christ in his dedication of himself to the poor and suffering.

Bril trained as a landscapist in Antwerp but had a successful career in Rome. The composition and deep brownish-green tones suggest his manner around 1620, but the execution lacks his clarity, and the natural detail in the lower left is more prominent than in his accepted works. This is the work of a talented pupil or imitator.