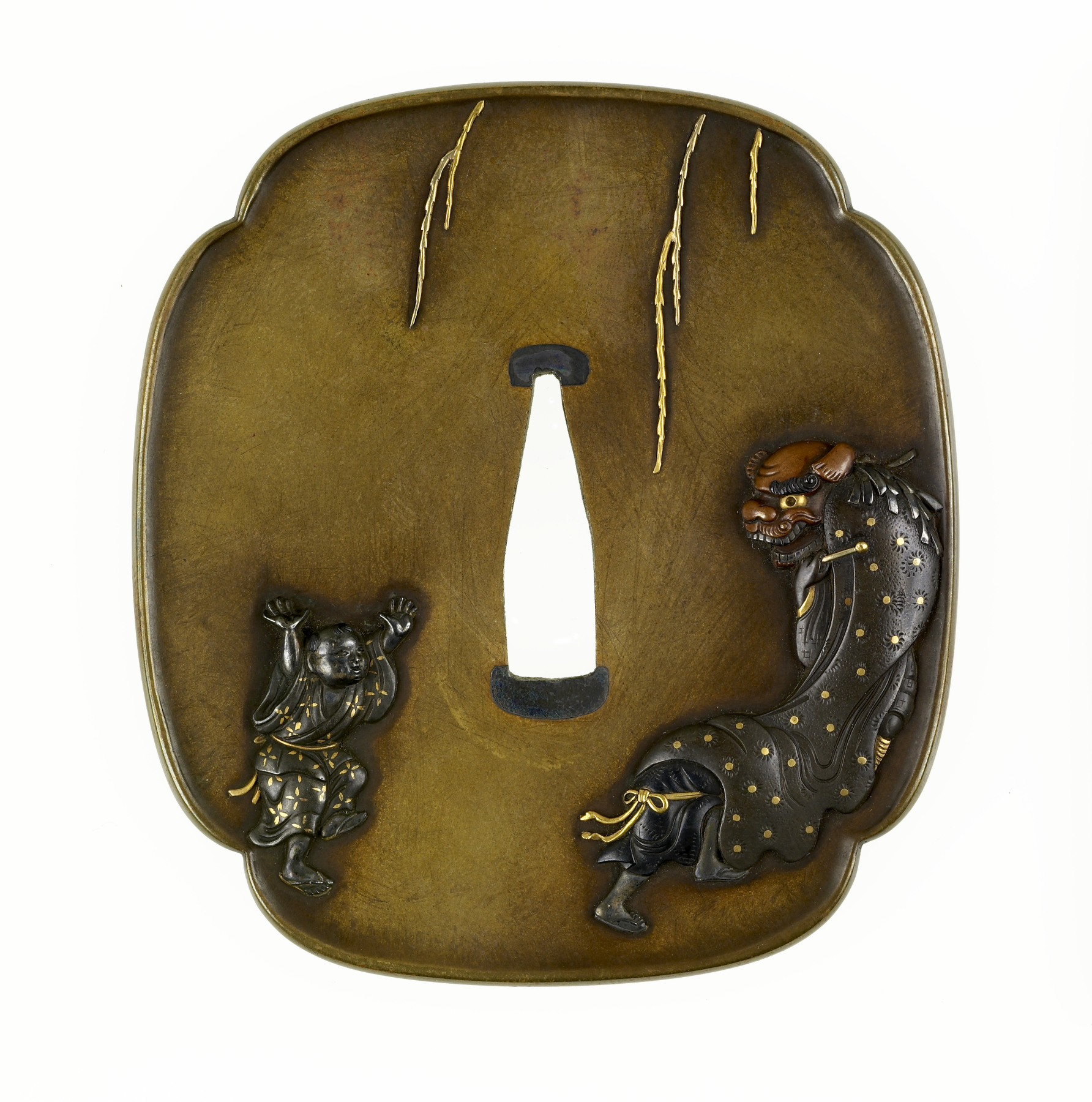 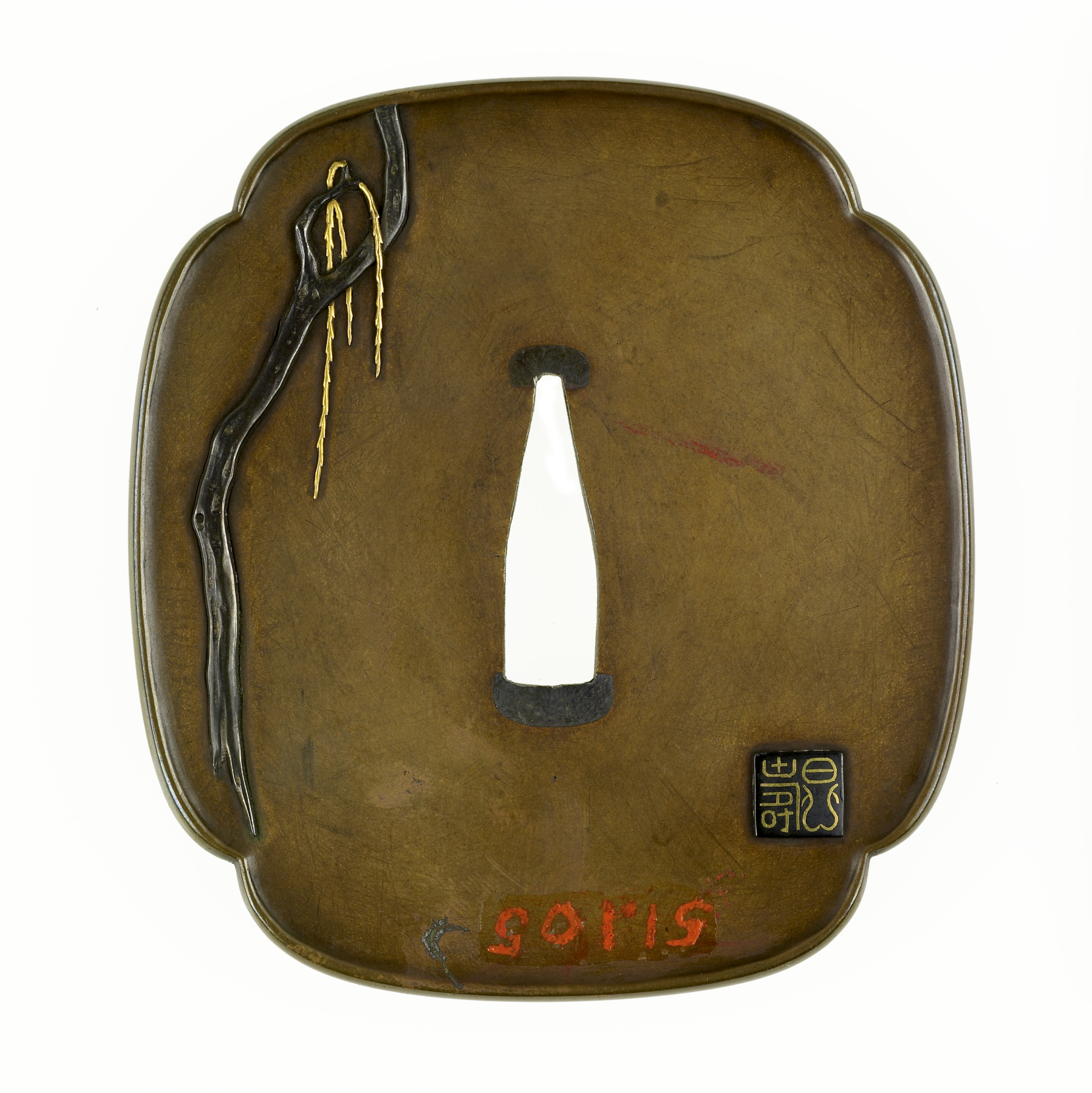 The lion dance is usually performed as part of the New Year's celebrations. On this tsuba, two performers dance in the lion costume, along with a third masked figure who is also part of the dance. The lion dance tradition developed in China from a belief that the dance would protect villages from evil spirits. Stylized lions such as this are known as Chinese lions (shishi) in Japan. A willow tree decorates the back and its boughs also appear in the upper portion of the front side. The tsuba is signed with a seal on the reverse.