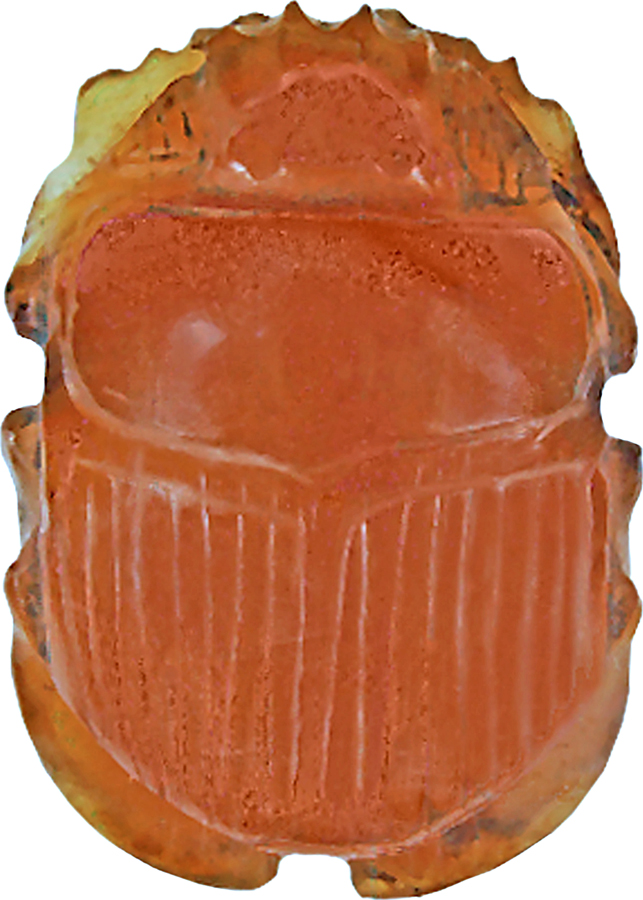 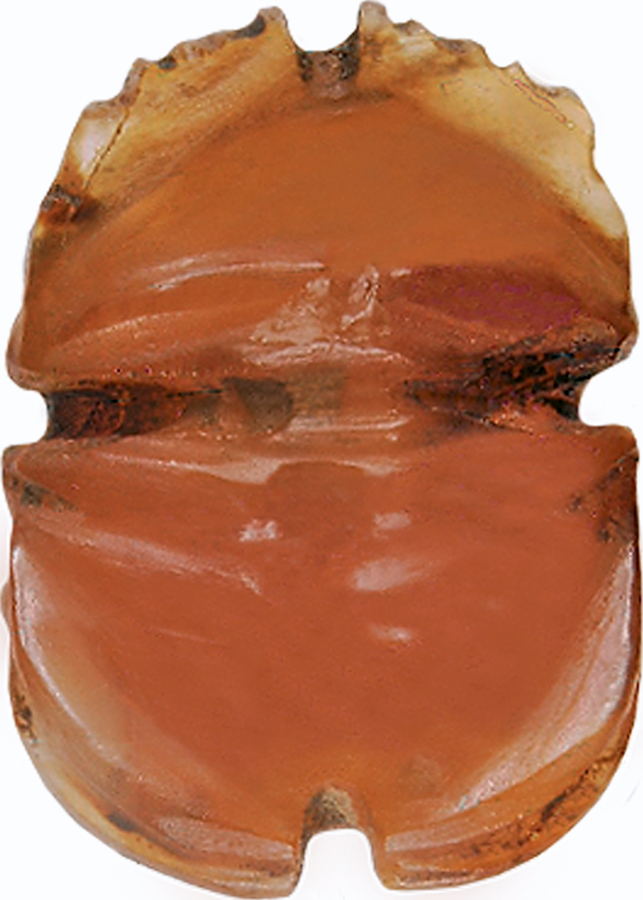 Naturalistic scarabs, which exhibit a beetle-formed underside instead of a flat bottom with additional motifs, became popular in the late Third Intermediate and Late periods. They were attached to the mummy bandages and were part of the amulet set. There are two varieties of such scarabs: red carnelian and blue-green faience scarabs. It is likely that the blue-green scarabs focus only on the renewal aspect, while the red carnelian scarabs were related to the sun rise/set aspect and gave special protection at the critical transition phase.