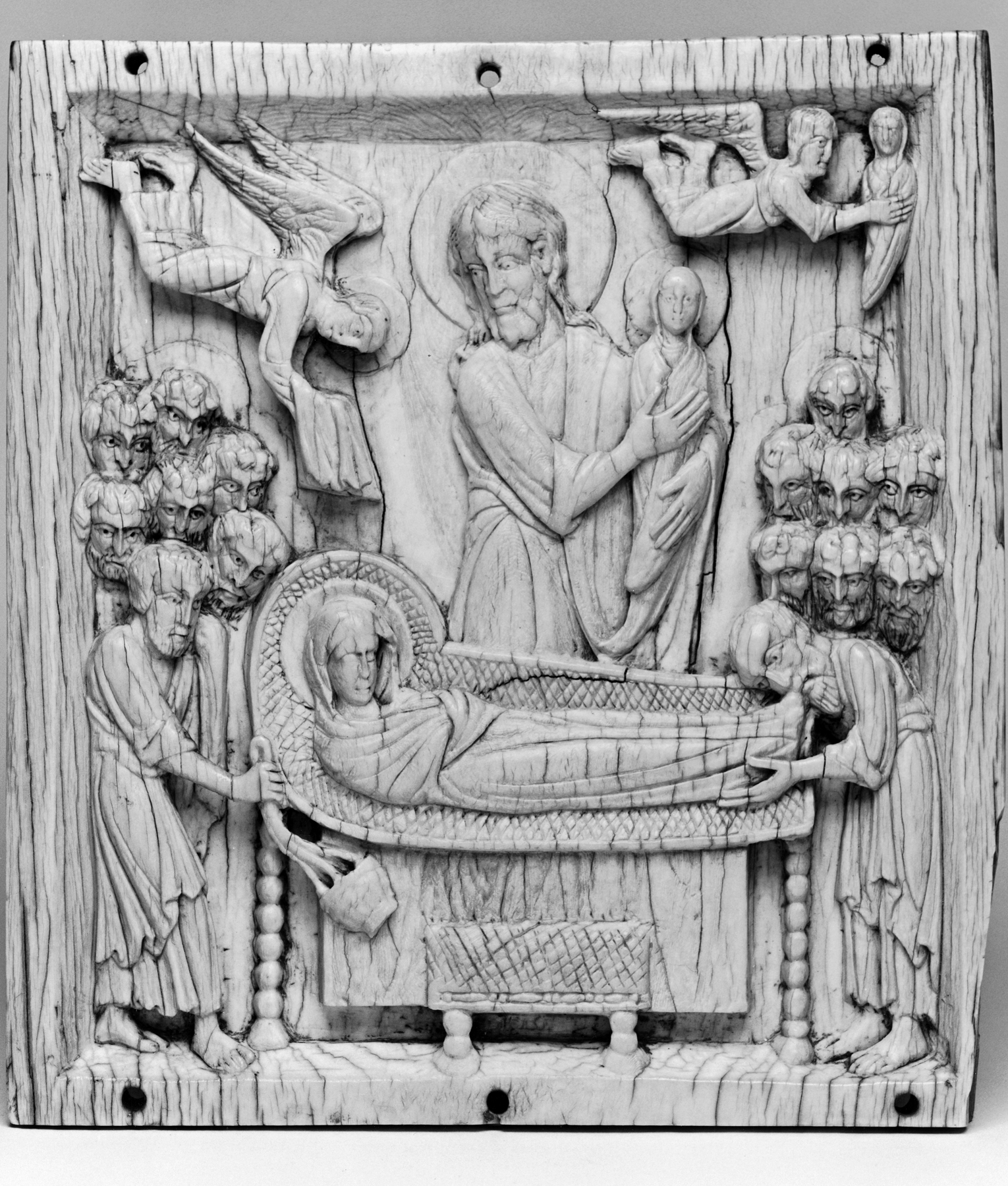 Dormition of the Virgin

This ivory follows the common model of a Byzantine scene of the Virgin on her deathbed surrounded by Christ, the apostles, and angels. Here, the Virgin's child-like soul is depicted twice: on the left, an angel receives the soul; on the right, the same angel carries it to paradise. Since the figures' eyes and noses are similar to those carved on ivories in 11th-century Germany, this plaque may be a western European copy after a Byzantine prototype.