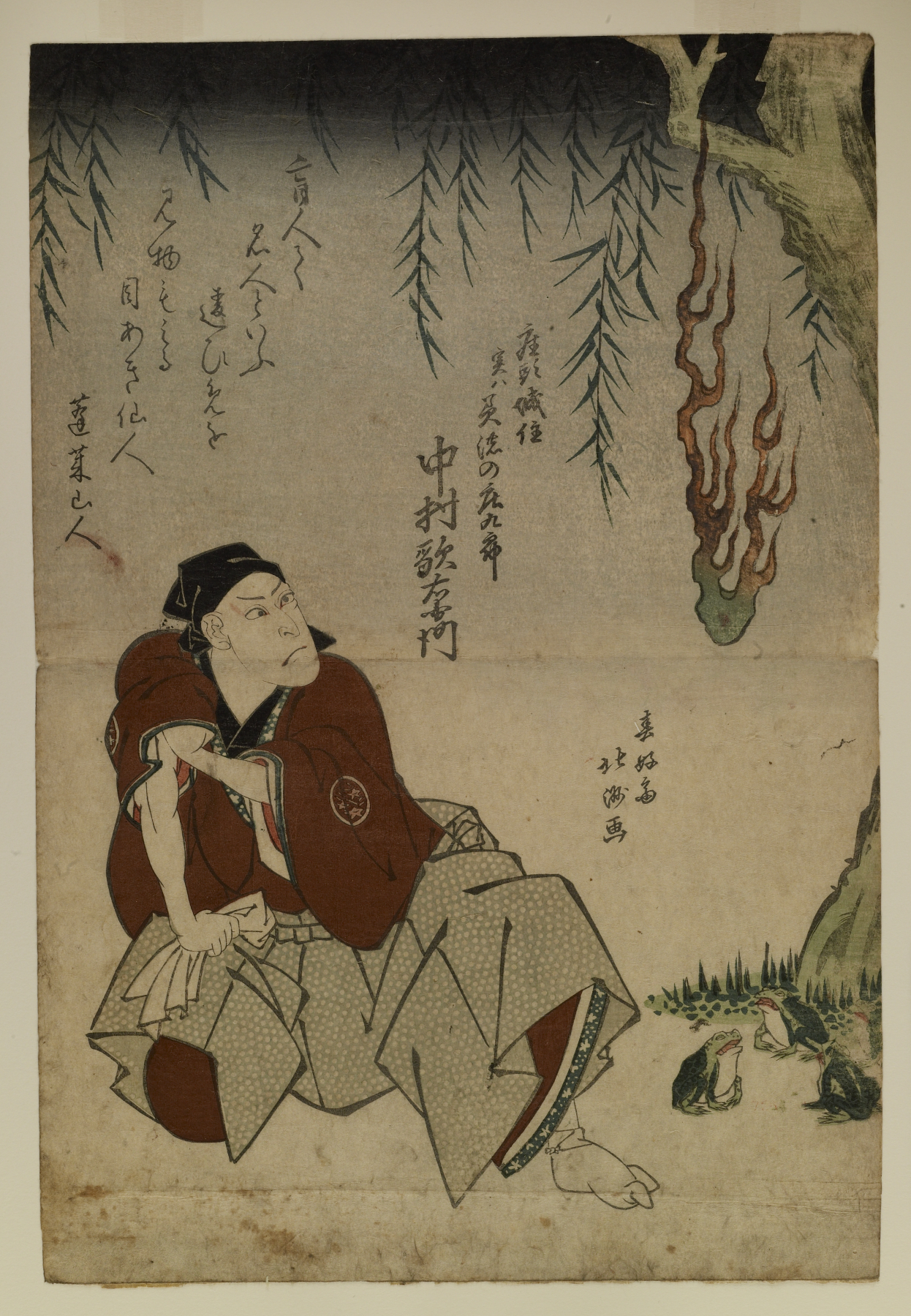 This print illustrates a scene from the Kabuki play "Keisei Omonguchi." The character is shown gazing upon a spirit fire, which usually suggests a confrontation with the supernatural, frequently the ghost of an unjustly murdered person returning to haunt the murderer. Nakamura Utaemon III plays the role of Mino Shinkuro, who in this scene is posing as a blind street musician.