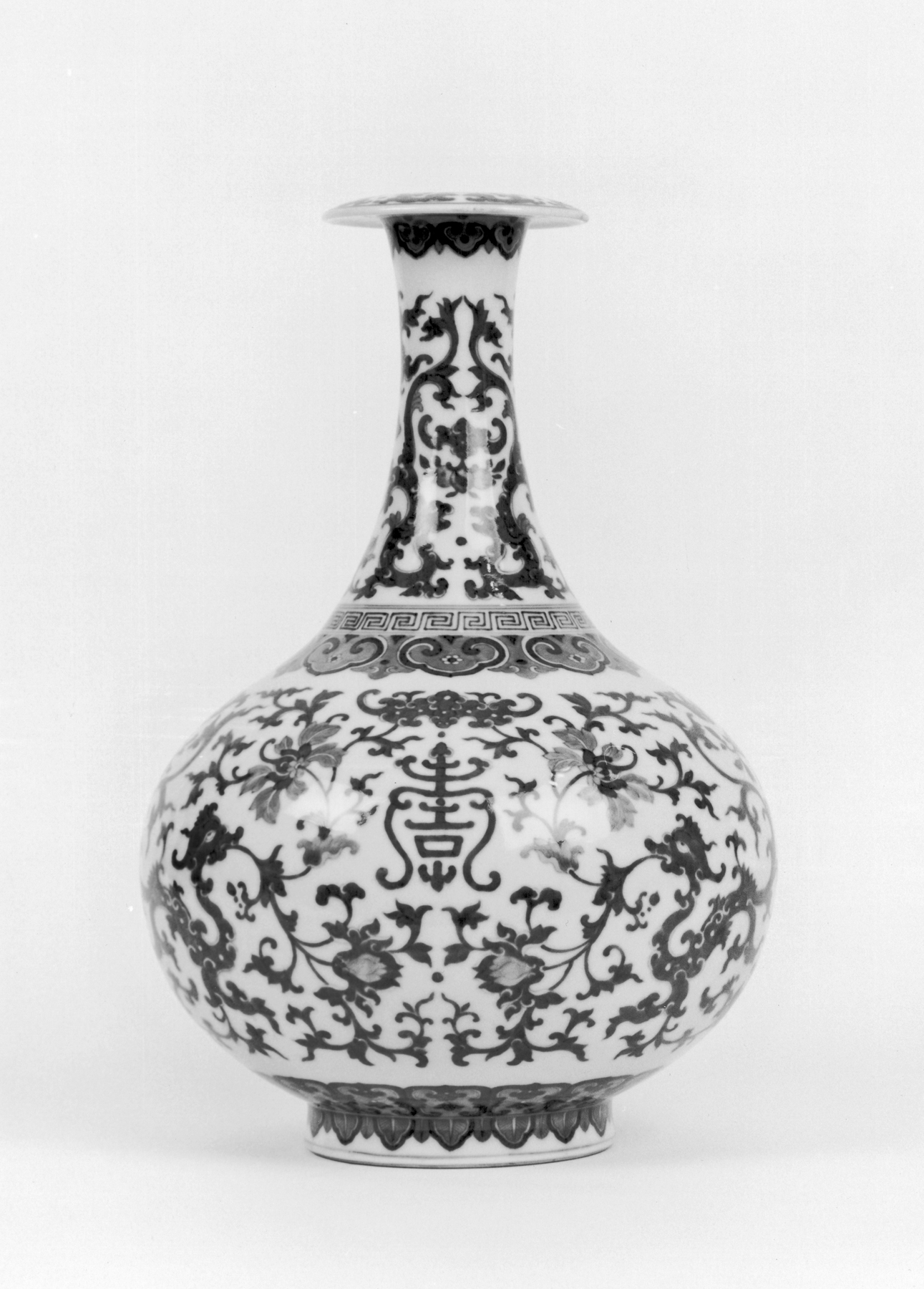 This globular bottle vase is painted with underglaze cobalt blue designs on white porcelain. Archaic dragons that camouflage seamlessly with the floral scrolls surrounding them hold the flowers in their mouths to frame the character "shou", meaning longevity. Ruyi heads, trefoil motifs named for their resemblance to the head of the curved ruyi scepter carried by certain Buddhist deities, appear beneath a geometric keyfret on the shoulders. The neck is painted with pairs of confronting dragons while more Ruyi heads appear beneath the broad everted lip, decorated with a circle of four pairs of small dragons.

William T. or Henry Walters Collection, Baltimore, prior to 1899 [mode of acquisition unknown]; by bequest to Walters Art Museum, 1931.

Acquired by William T. or Henry Walters, before 1899