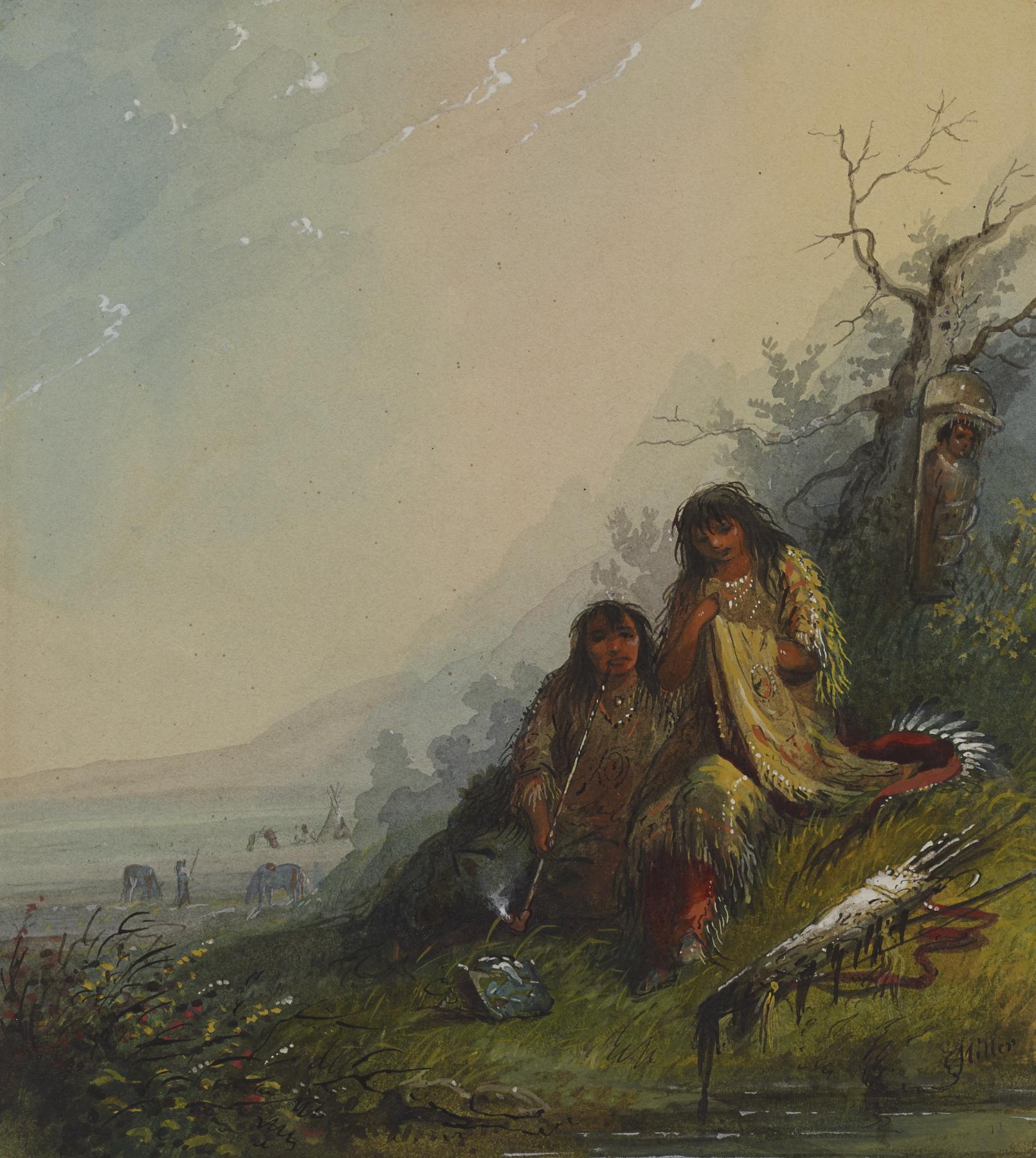 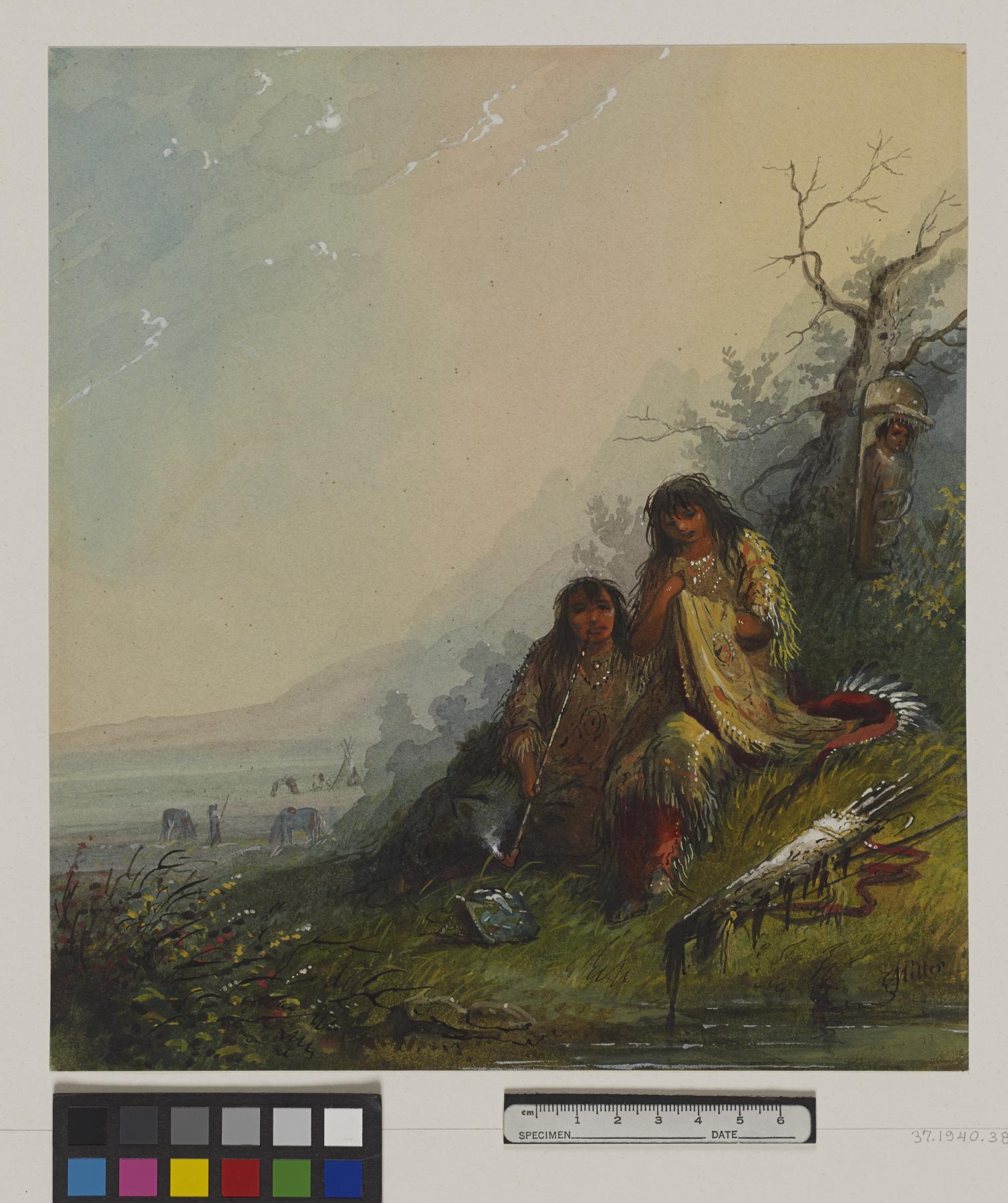 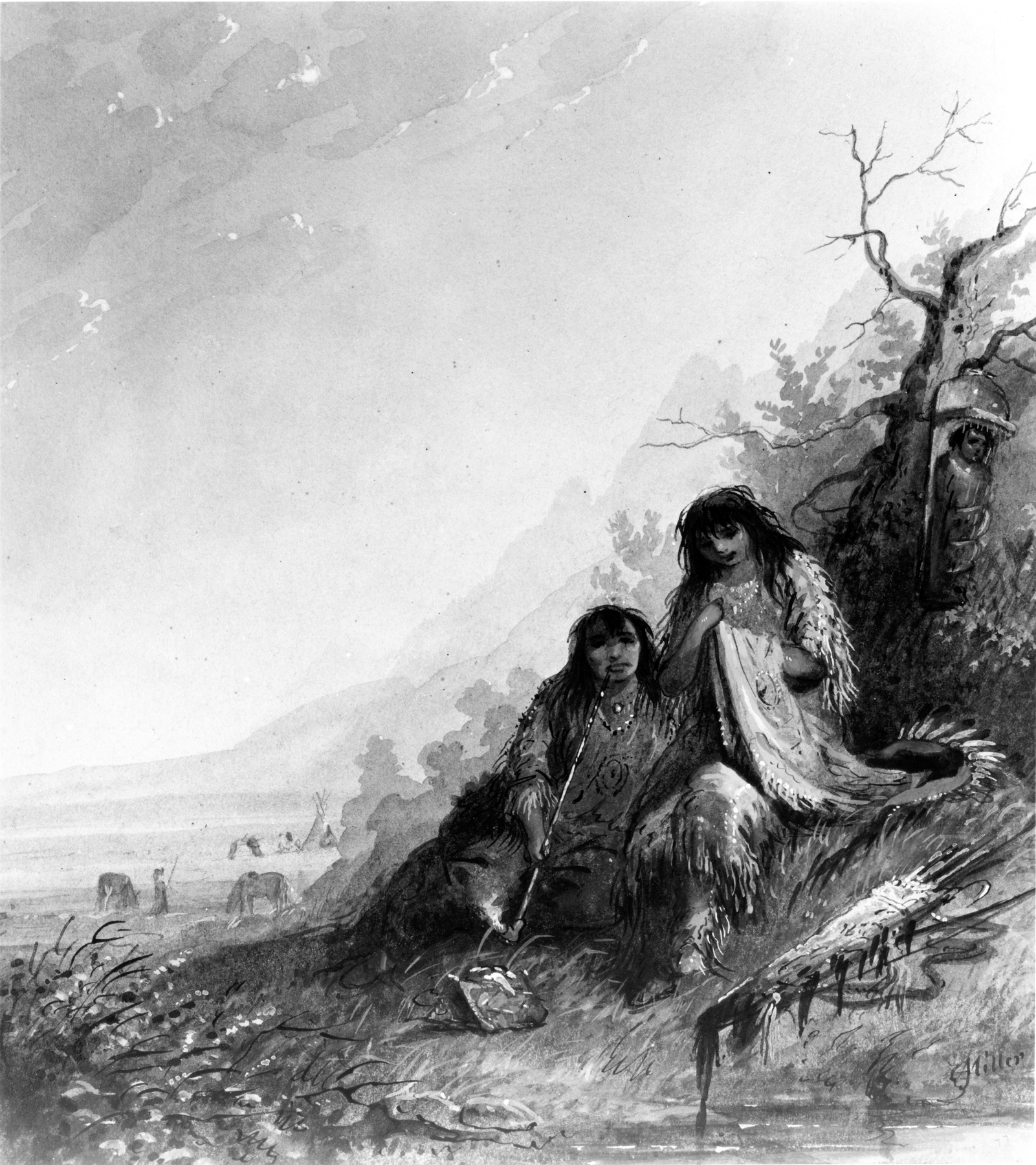 "The warrior is here waiting impatiently for his costume. Wrongs have accumulated to that extent in his mind, that nothing but sanguinary vengeance will restore his equanimity. The dress is being made by his squaw, it is sewn throughout with sinew, and is a most substantial and serviceable work. The body made of the best Antelope skin, and the whole decorated profusely with dyed porcupine quills of all colours, beads, scalps etc. The cap or helmet is filled with Eagle feathers so as to extend to the knee joint. The quiver is filled with arrows, and when all is ready, he does his enemy the honor to make elaborate toilet, - mounts his horse and is gone."A.J. Miller, extracted from "The West of Alfred Jacob Miller" (1837).