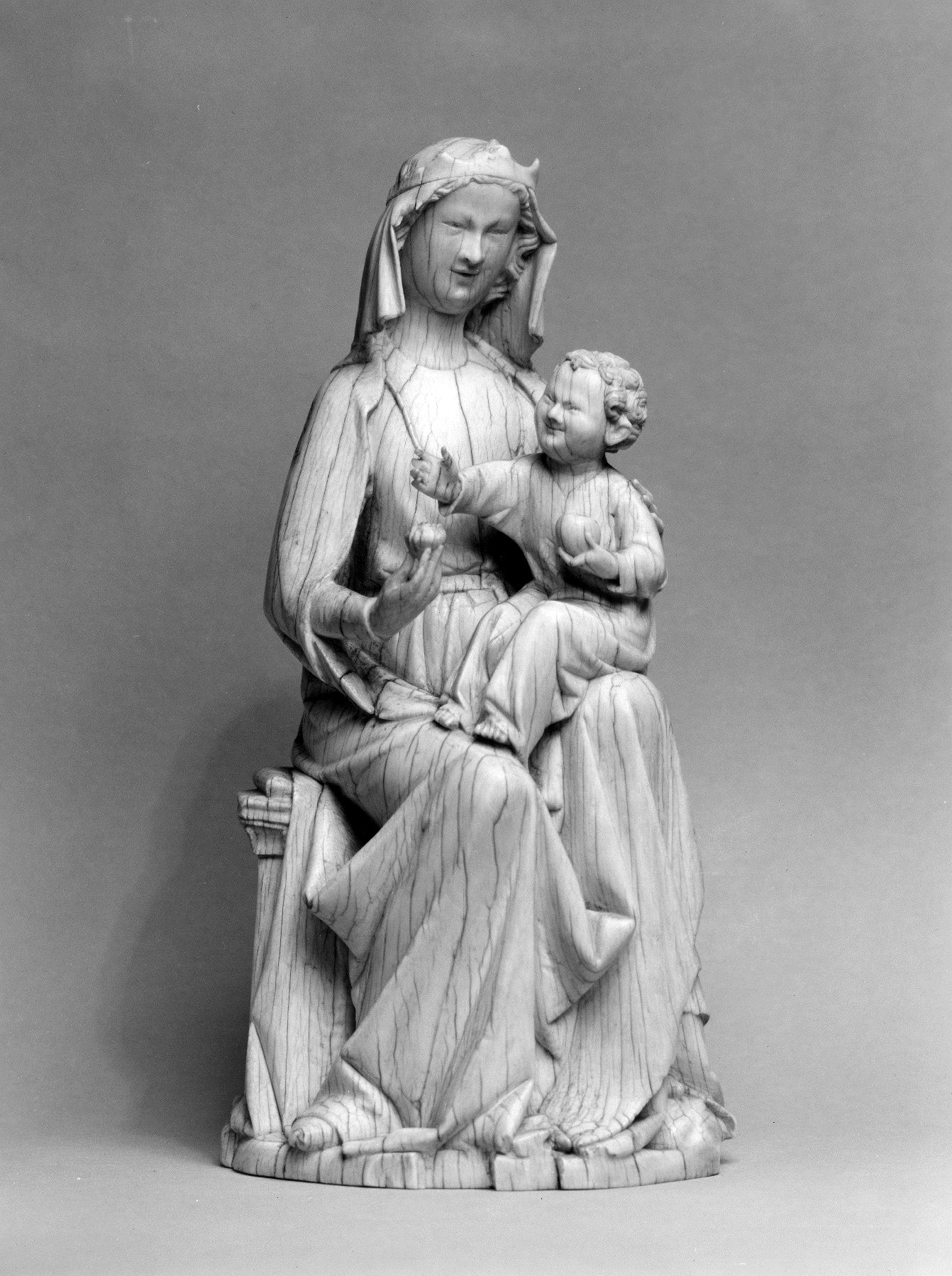 Seated on an oblong bench, the Virgin holds the Christ child, who holds an apple in his left hand. The Virgin wears a veil and traces of color (green) can be found in the folds of her drapery.