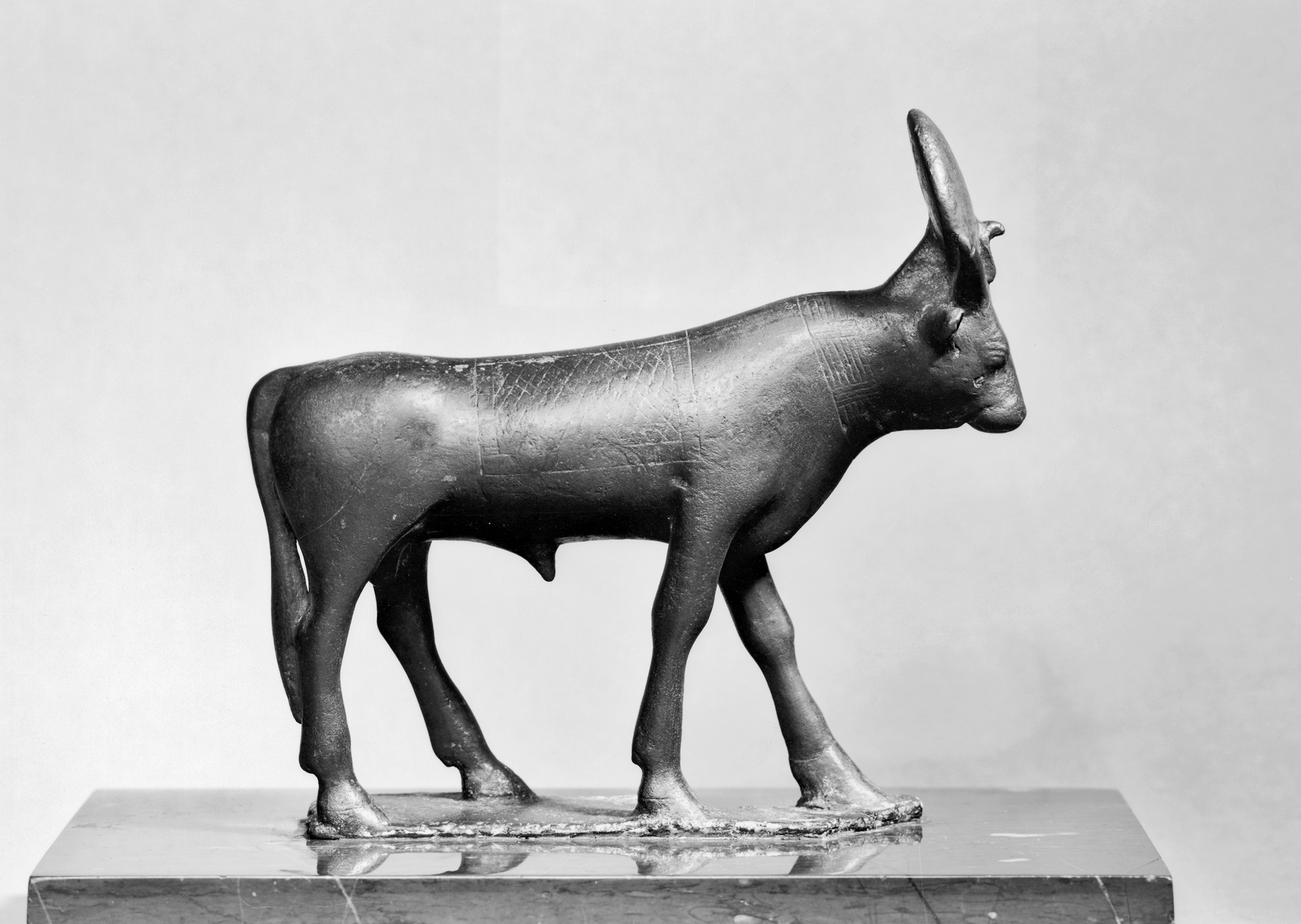 Apis, a bull, was a living manifestation of the creator-god Ptah and closely related to the rituals for the king. Apis was associated with divine resurrection and the protection of the king. A living bull was selected by the priests of Ptah at Memphis, the center of the cult, and was worshiped in connection with royal coronations and funerary rituals. The image shows the bull crowned with a sun disk (associating him with the sun-god Re) and the Uraeus, the sacred cobra (a symbol of kingship). He is also adorned with a collar around the neck and an elaborate cloth on his back, two elements which are characteristic for the Apis bull.