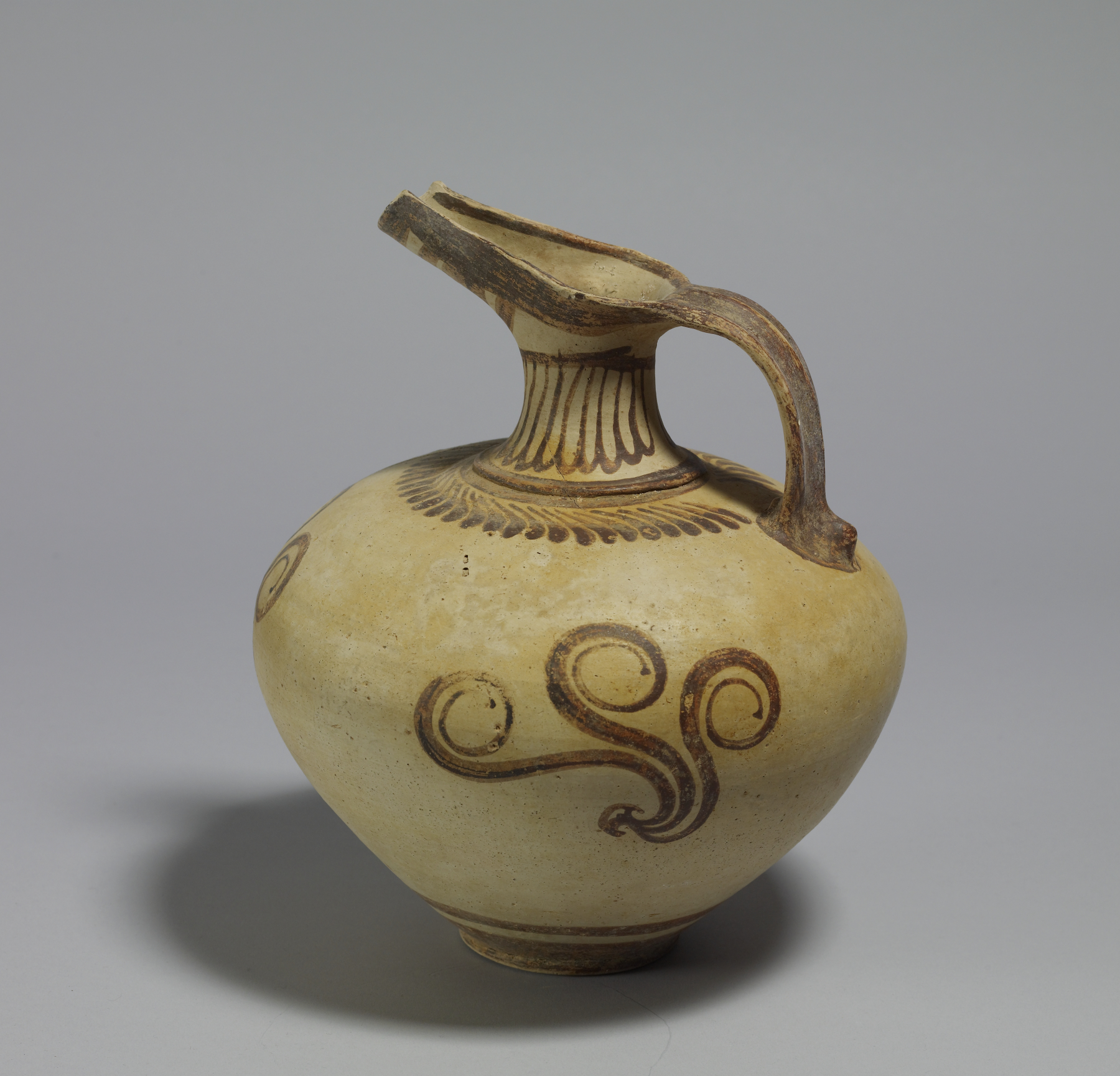 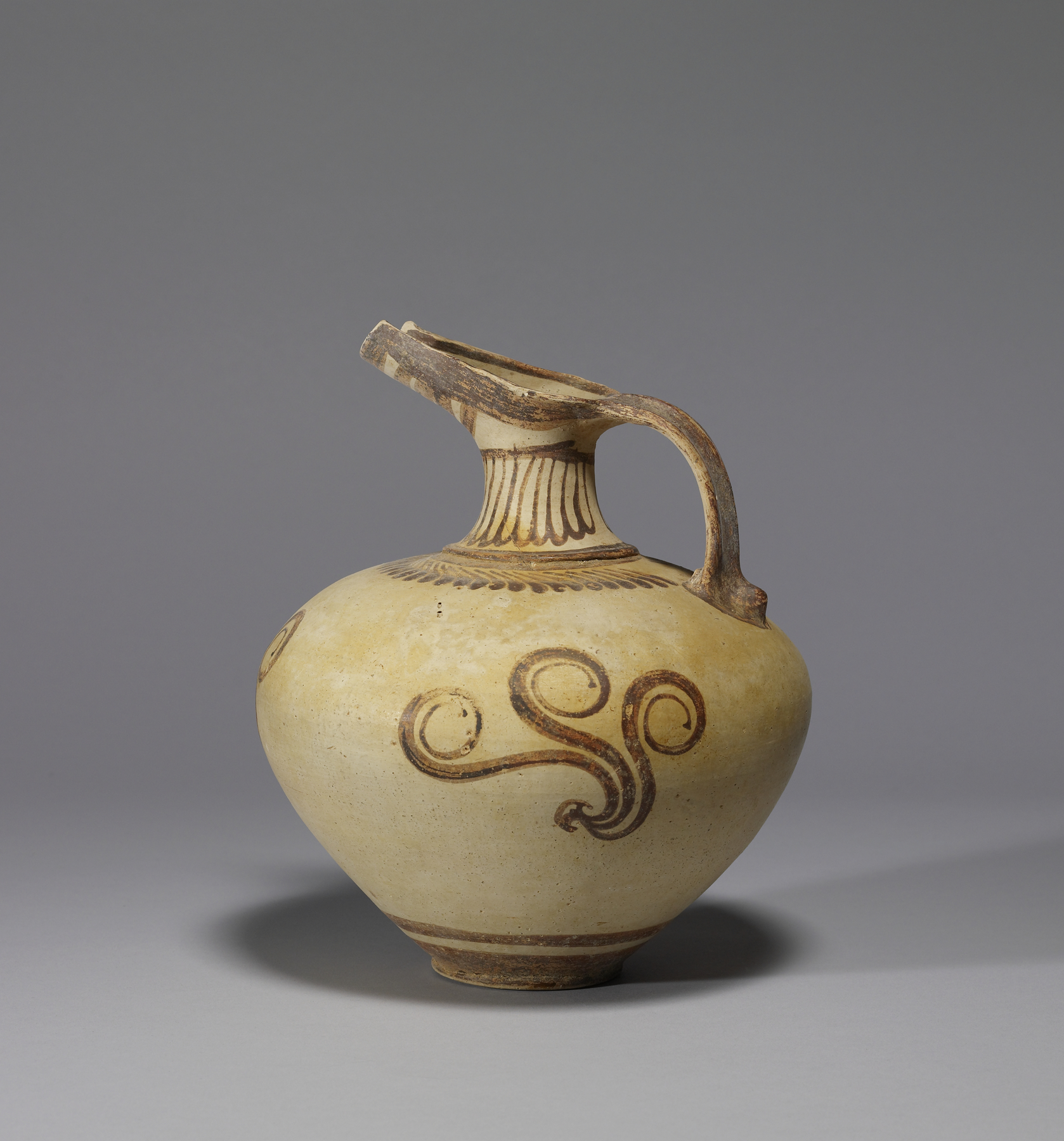 Objects seen in nature can be abbreviated into patterns and motifs that still evoke the whole. Three spiraling tentacles signify the paper nautilus (argonauta argo), a type of octopus; the motif is repeated three times around the body of the jug. The row of curving brown petals at the neck of the vessel mimics the unusual papery shell of the creature in shape and color, giving the illusion that the jug is the shell from which the tentacles emerge. The names for the octopus (nautilus and argonaut) are related to Greek terms for “sailor,” and in his treatise on animals (Historia Animalium), the late Classical philosopher Aristotle described the thin shell of this octopus as a boat, with tentacles as oars and sails.