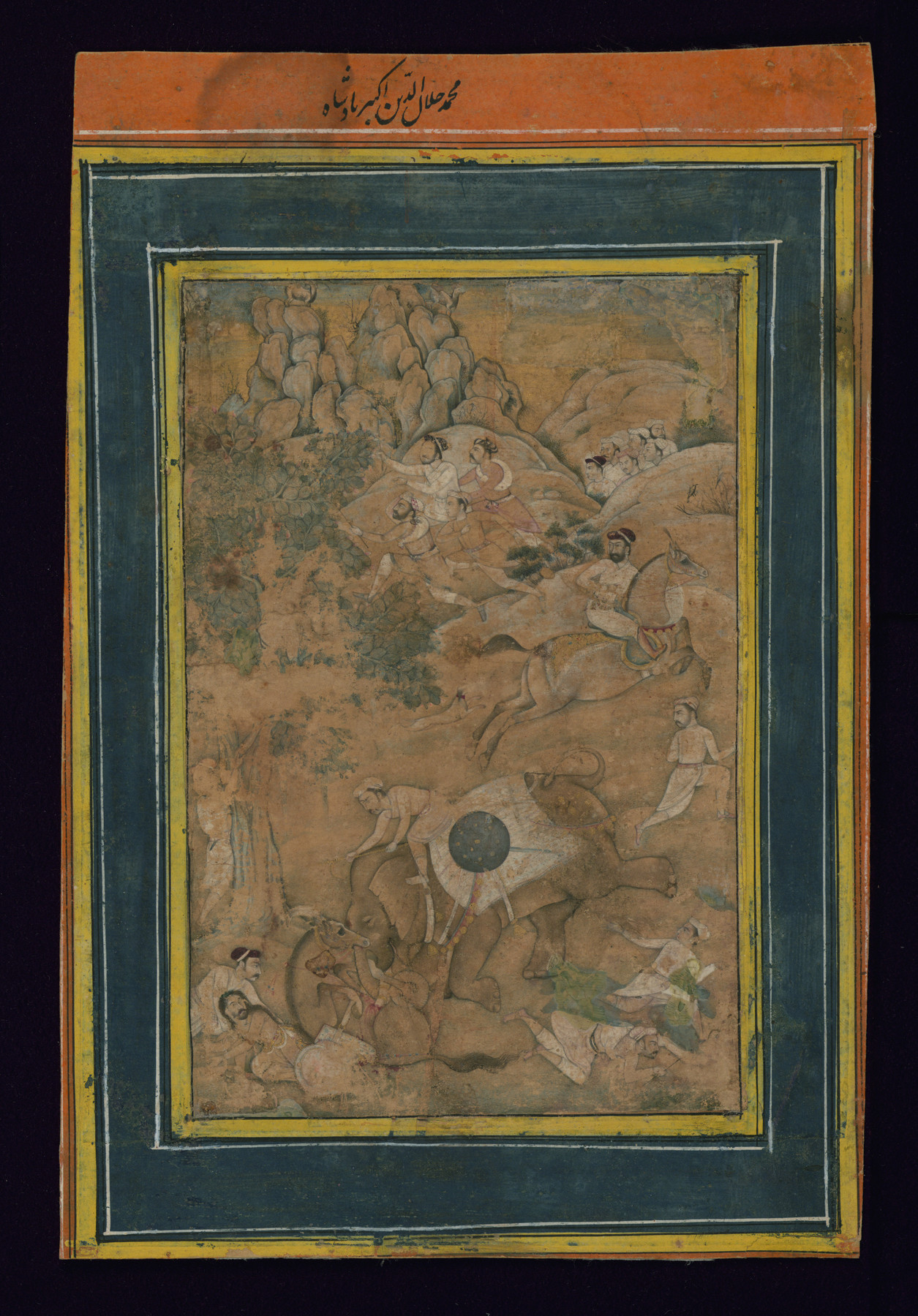 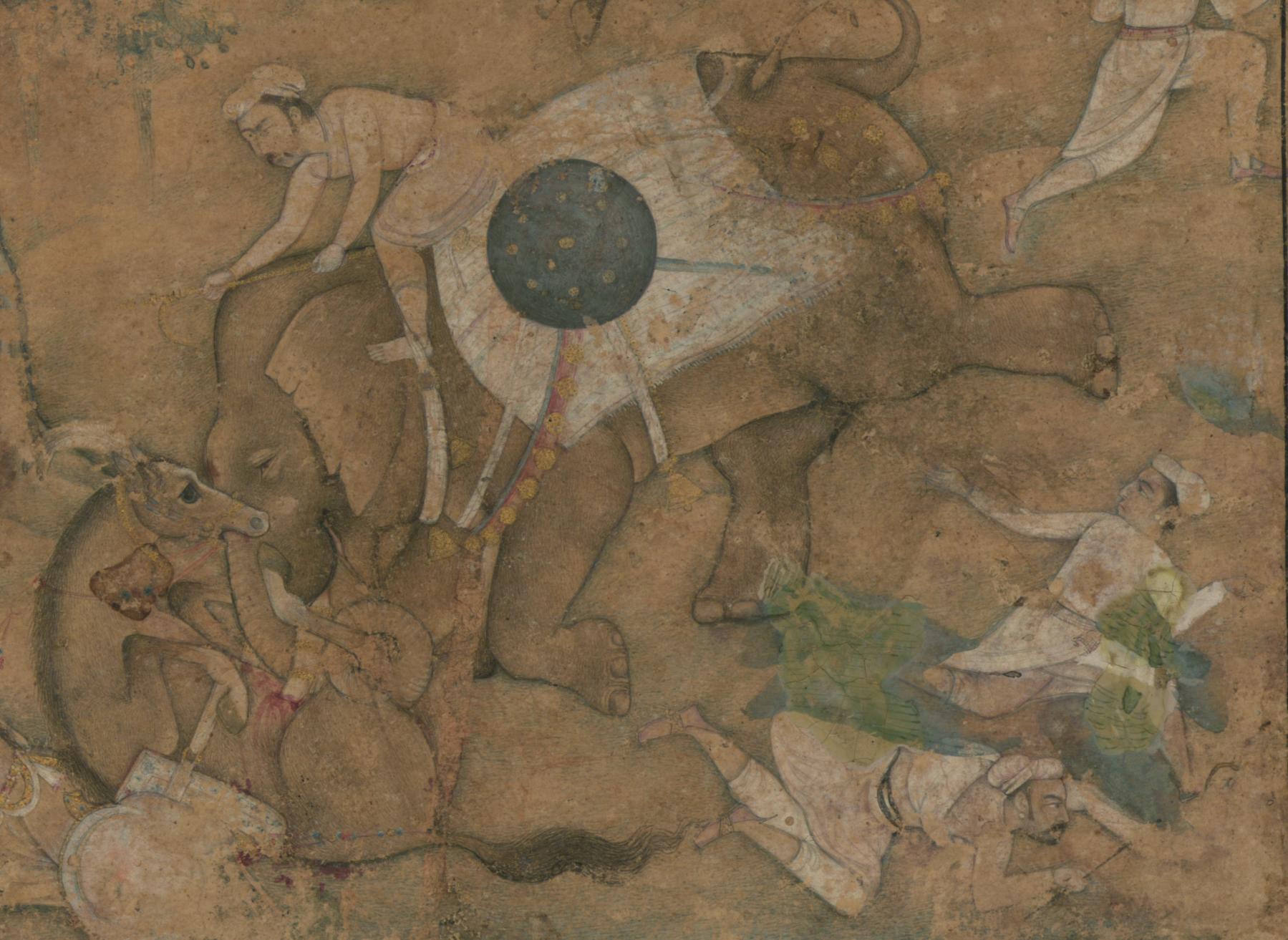 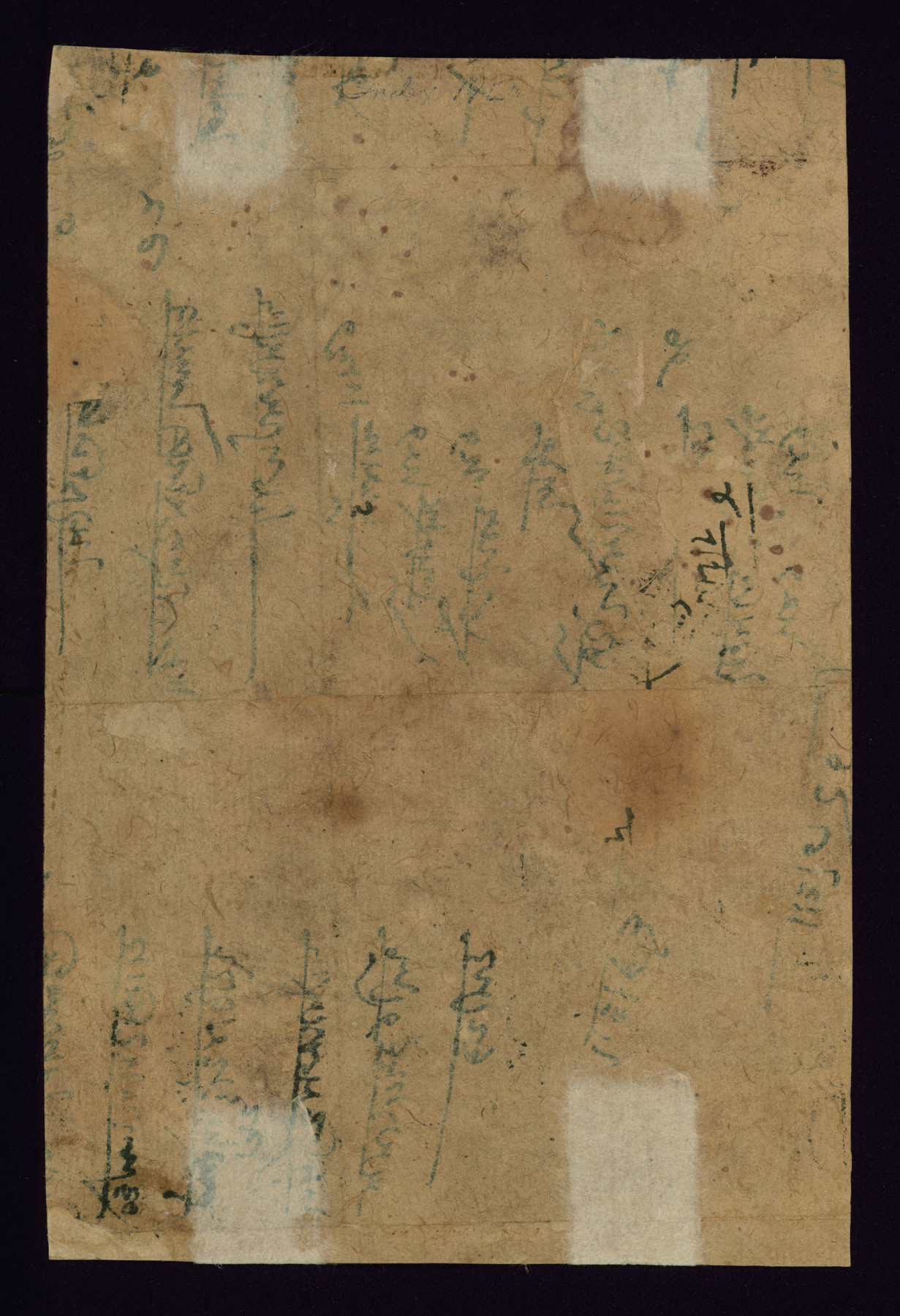 The Mughal emperor Akbar (r. 1556–1605) tries to control a female elephant that gores the horse of a fallen rider while terrified attendants flee the scene. Akbar brandishes an elephant goad, or hook, similar to the example displayed in the case to your left.

India’s majestic elephants, used in parades, hunting expeditions, and warfare, were frequently associated with royalty. In imperial Mughal biographies, royal historians often connected the emperor’s might to his ability to control and tame nature’s beasts. Akbar’s biographer Abu’l Fazl describes the emperor’s mastery of these powerful animals: “His Majesty mounts every kind of elephant, from the first to the last class, making them, notwithstanding their almost supernatural strength, obedient to his command.”