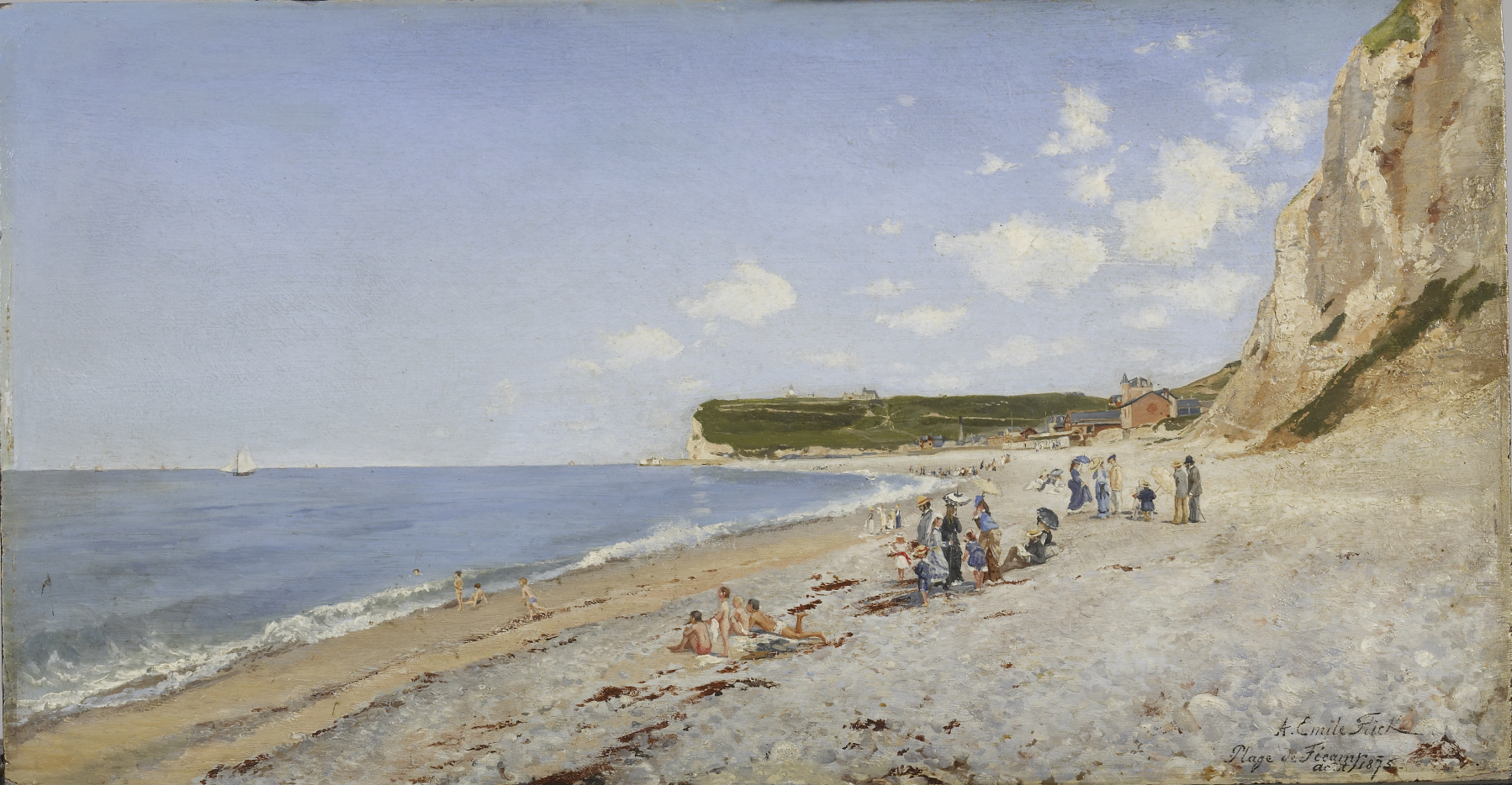 The Beach at Fécamp

Flick exhibited at the Paris Salons between 1870 and 1882. Although not a member of the impressionist group, he shared with them an interest in painting outdoors. His technique, however, with its attention to exacting detail, was more related to the academic polish of J.-L.-E. Meissonier.

Like Boudin, Flick shows vacationers enjoying the pleasures of the beach, a recreational pastime that became popular in the second half of the 19th century. Among the figures included in this scene is an artist at his easel. At the right steep, sandy cliffs border the beach and continue into the distance. The sky is bright blue and streaked with white clouds, and the water, also a brilliant blue, contrasts with the soft yellow of the sand.