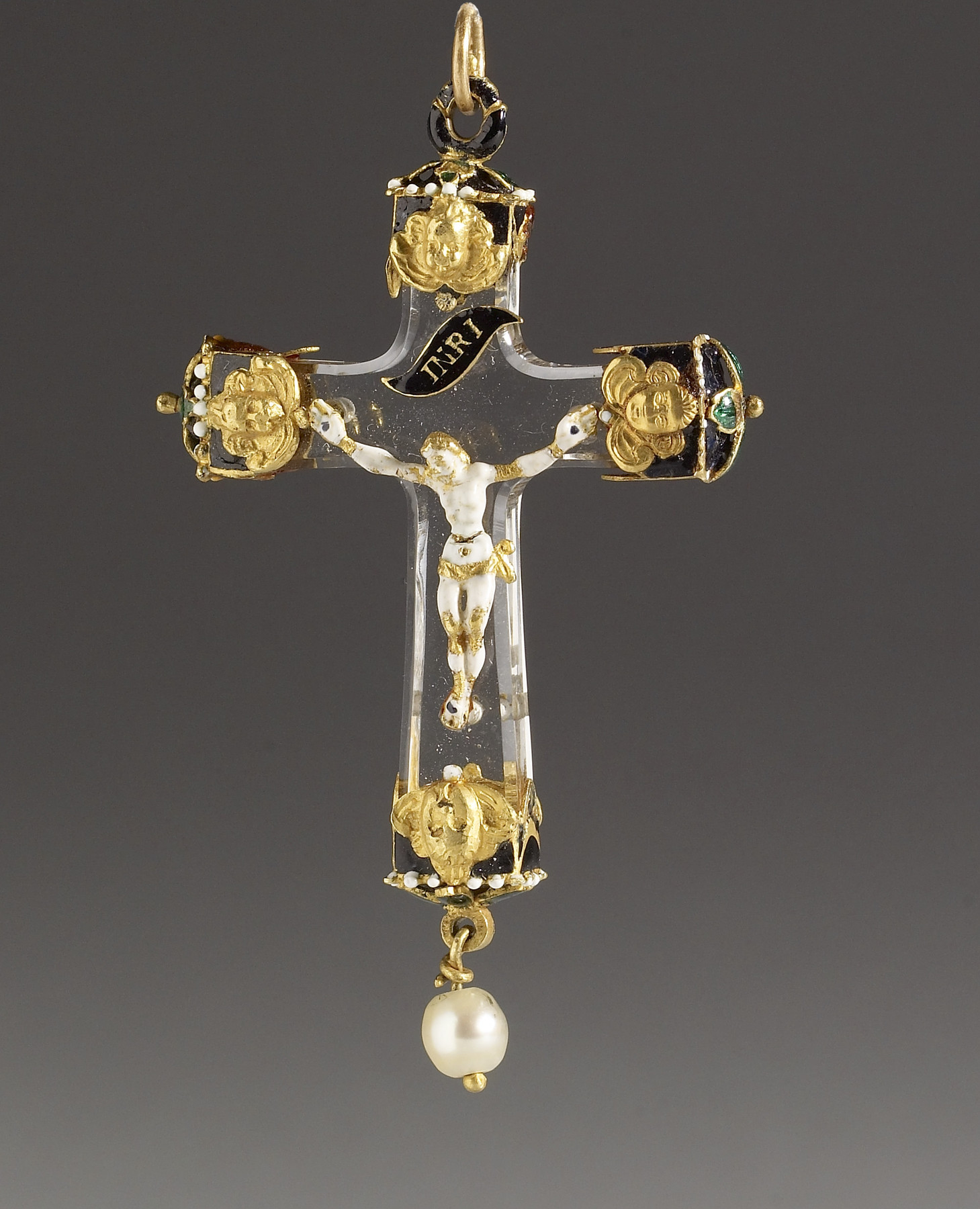 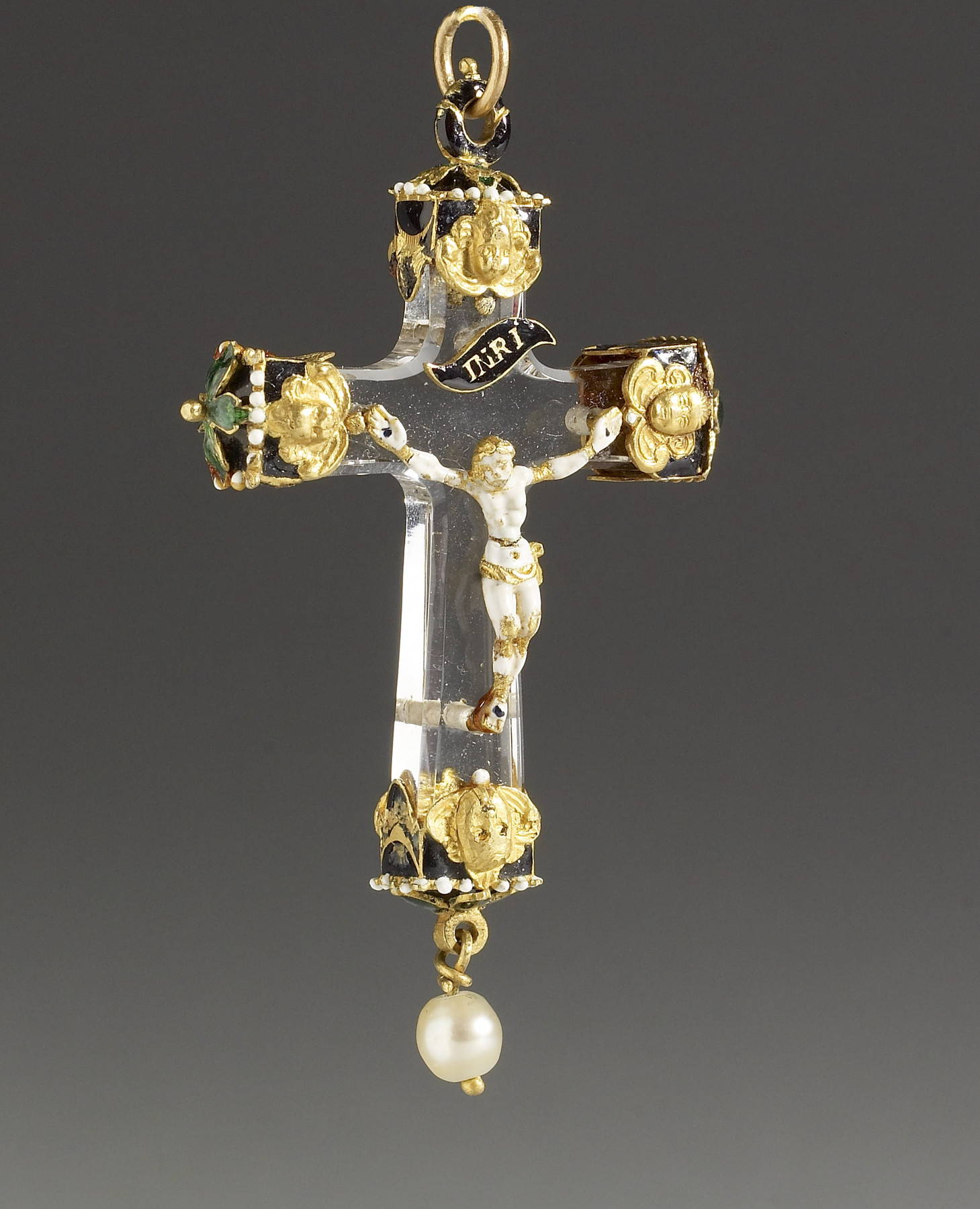 This enameled gold rock crystal crucifix could have been worn as a pendant or it could have been been attached to the end of a rosary. It has beveled edges terminating in black and white mounts with raised quatrefoils and embossed winged heads of cherubim back and front, with an applied figure of Christ and an overhead scroll inscribed INRI. In the New Testament it is recounted that when Christ was nailed to the cross, a piece of wood bearing the inscription "Jesus of Nazareth, the King of the Jews" in Latin, Hebrew and Greek was tacked to the cross above his head at the order of Pontius Pilate, the Roman Procurator of Judea (see John 19:19). INRI is the abbreviation for the Latin version Iesus Nazarenus Rex Iudaeorum.

Acquired by William T. or Henry Walters; by bequest to Walters Art Museum, 1931.