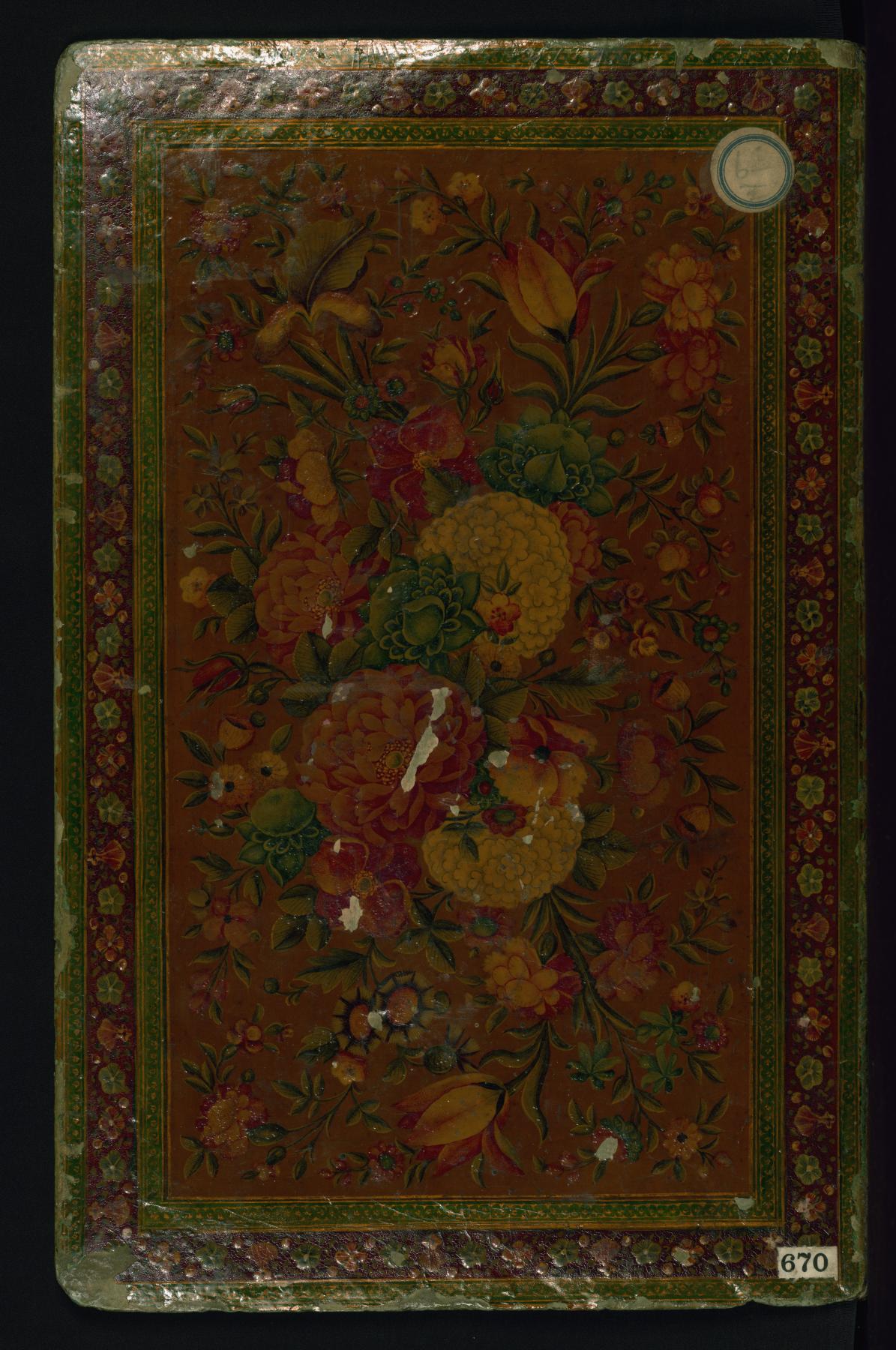 Album of Persian and Indian Calligraphy, Miniatures, and Prints

Walters manuscript W.670 is an album, in the form of an accordion book, of Persian and Indian calligraphy and miniatures, as well as two European prints, assembled in the 13th century AH/AD 19th. It contains 14 illustrations, 2 of which are ascribed to Bihzad (fol. 2b) and Riza Musavvir (fol. 6a). There are also bird and flower paintings attributable to the late Zand or early Qajar periods, as well as late Mughal portrait paintings. There are numerous calligraphy specimens in various Persian scripts, such as Nayrizi-style Naskh, Ta'liq, Nasta'liq, and Shikastah. The majority of these calligraphic compositions (in Persian and Arabic) are signed by Iranian calligraphers of the 13th century AH/AD 19th, such as Muhammad Sadiq al-Ridawi (Rizdavi), 'Ali al-Husayni, Muhammad 'Ali, Muhammad Kazim Kulpaykani (Gulpaygani), and Muhammad Kazim al-Isfahani.