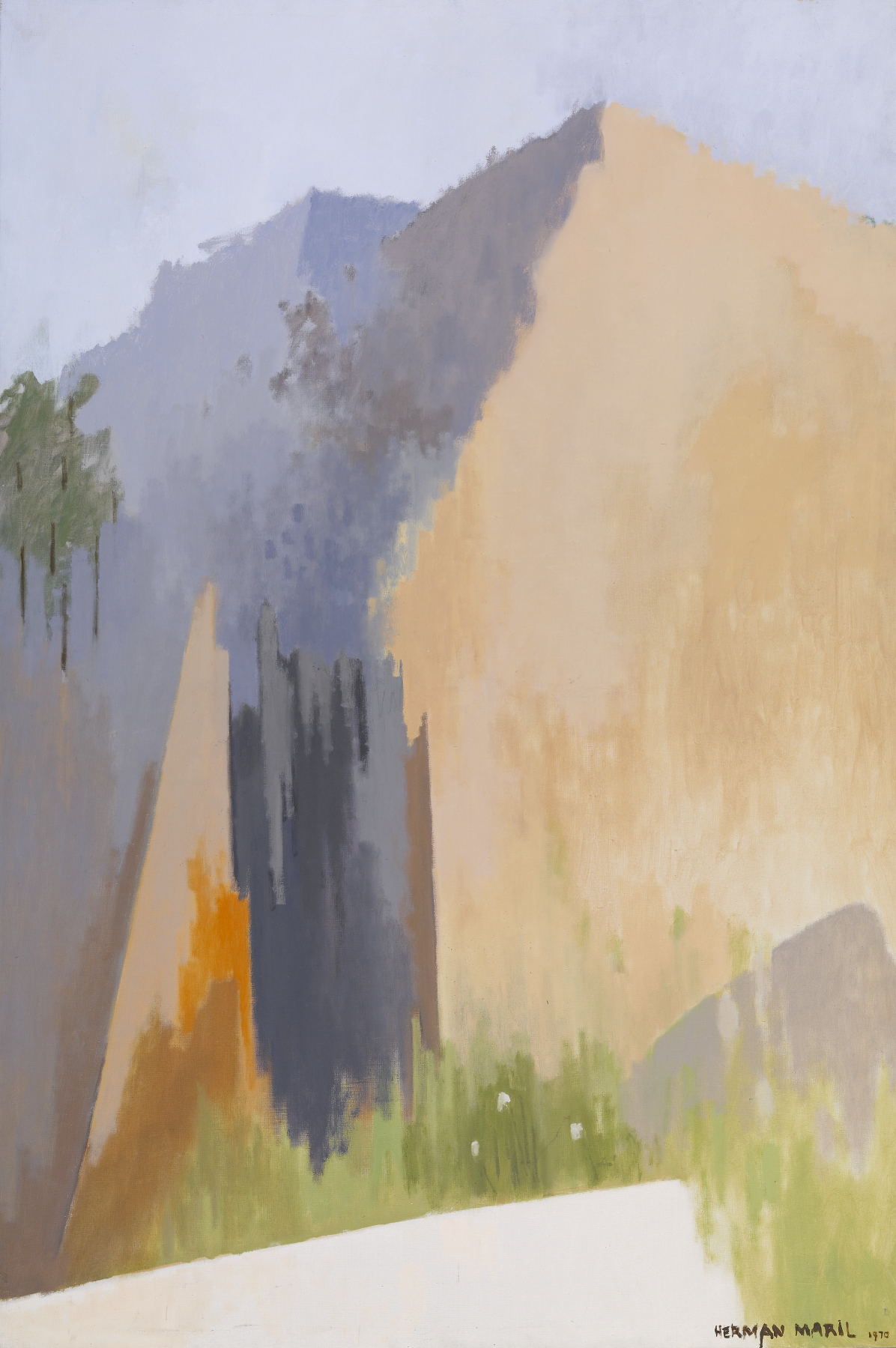 Near Chama No. 2, New Mexico

In 1969, then Federal Government's Bureau of Reclamation employed artists to portray its reclamation of "the arid West" through water management. In addition to Herman Maril, other well-known artists were selected including Norman Rockwell and Richard Diebenkorn. Each painter was provided with transportation to the various sites and was permitted to choose any subject provided that it could be related to the Bureau's mission.

Herman Maril chose a site in New Mexico where the Willow Creek confluences with the Chama River. The river flows through a variously colored sandstone canyon which descends at points to 1,500 feet.

The artist suggests the grandeur of the scene through the unusual scale of his canvas and by his use of large patterns of colors.