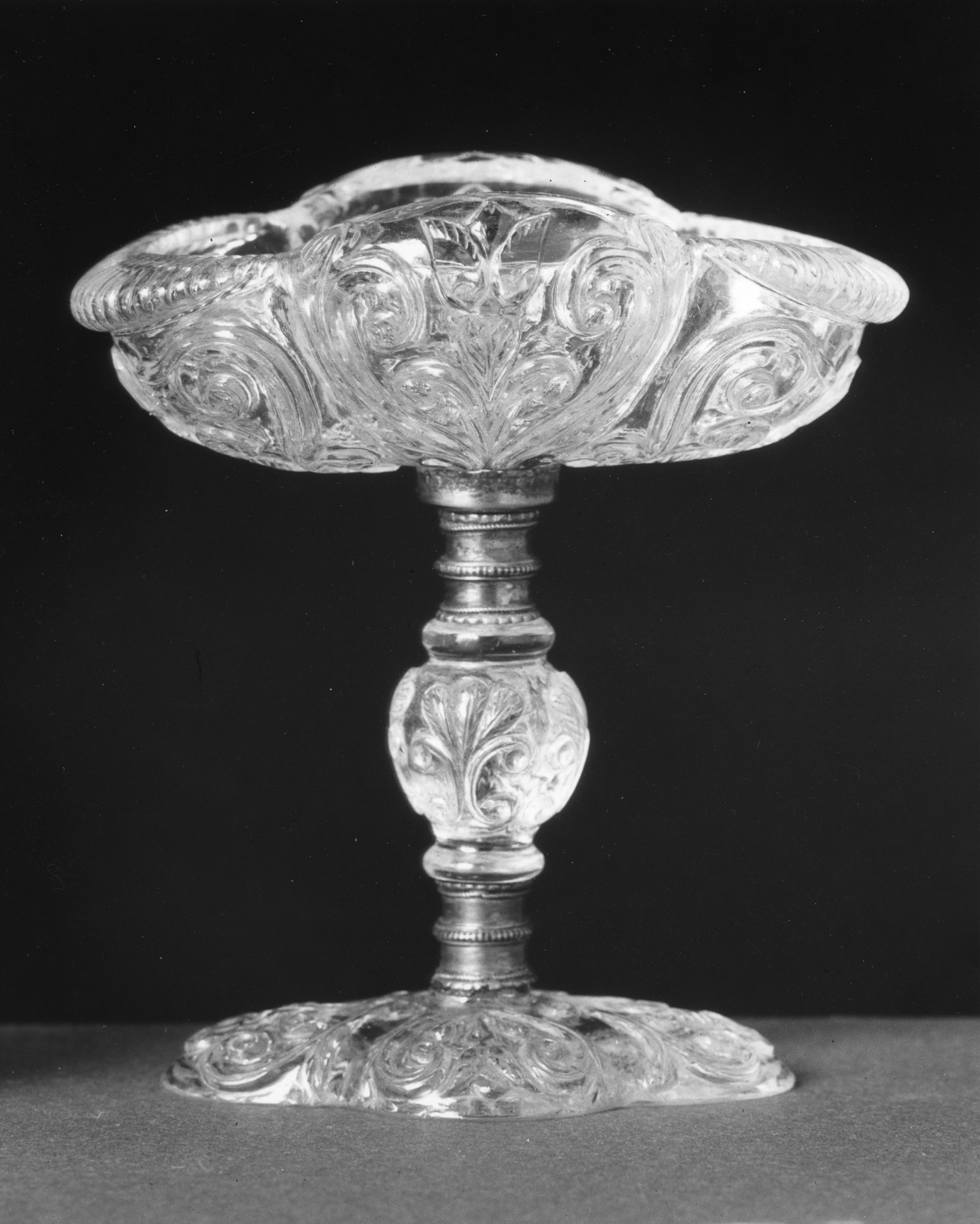 The swelling, swirled forms of this footed cup, its stem consisting of a carved knob surrounded by bands of enameled gilded silver, reflect the style of work associated with the Prague workshop of Dionysio Miseroni (1607-61), who served Emperor Ferdinand II and other powerful patrons. His father Ottavio Miseroni (ca. 1568-1624) had come from Milan to Prague to serve Emperor Rudolf II, and had established a very influential workshop in Prague.

Stylized tulip blossoms and leaves are carved in exuberant patterns characteristic of the baroque in northern Europe. This is in contrast to the Italian preference for ornaments derived from classical art.