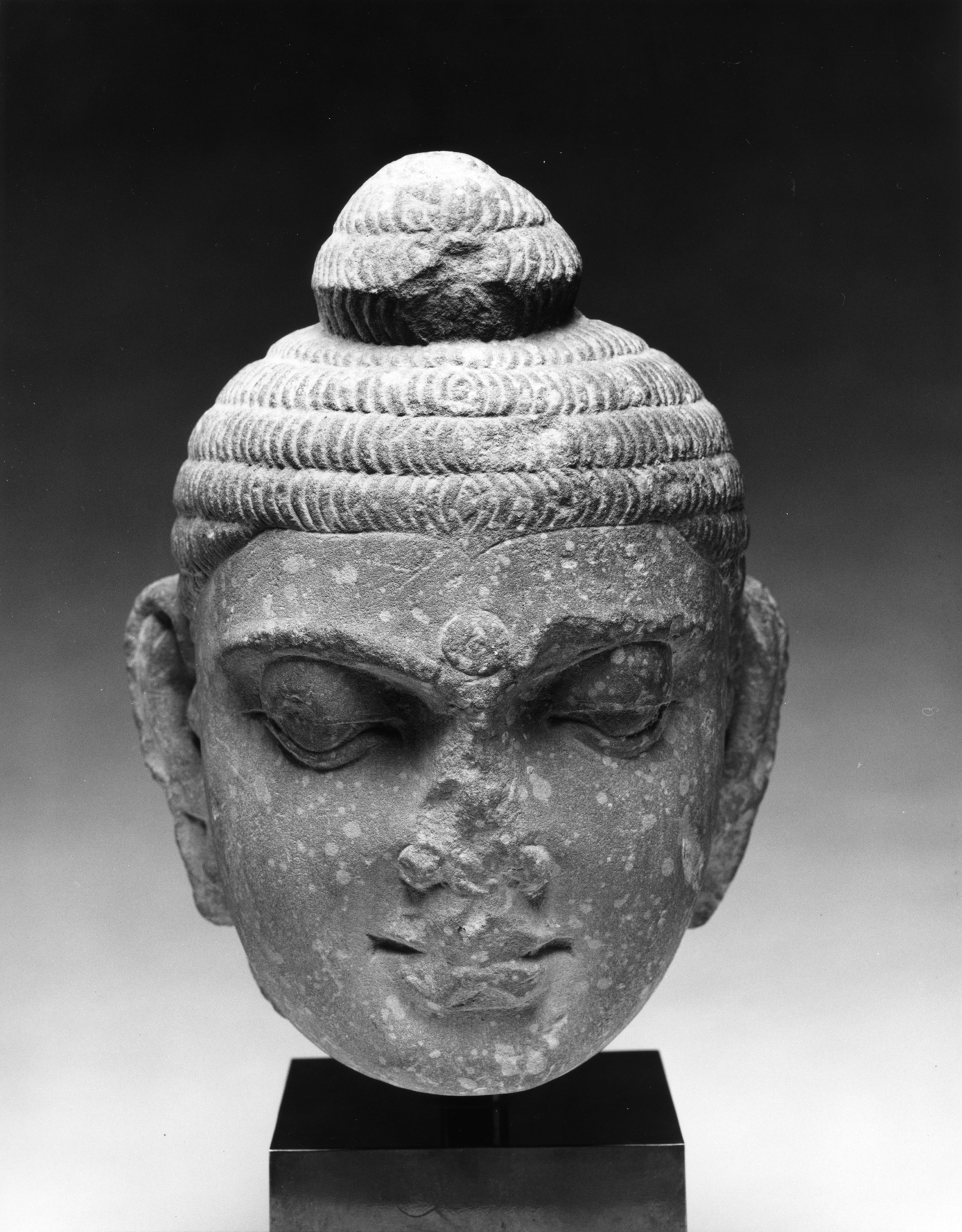 Head of the Buddha

Carved from the mottled red sandstone of the Mathura region in north-central India, this sculpture displays a number of the auspicious marks ("lakshanas") of a Buddha. A cranial protuberance, called an ushnisha, marks the top of his head, and a whorl of hair, called an urna, rests between his eyebrows. Both features are associated with the Buddha’s wisdom and radiance. His elongated earlobes have been stretched by jewelry worn during his life as a prince but renounced in the pursuit of enlightenment. The snail-shell curls that later became standard for Buddha images, however, are not seen here. Instead, this Buddha’s hair is represented as a series of lines, perhaps an adaptation of the wavy hair seen in Buddha images produced during the same period in the region of Gandhara (in present-day Pakistan).