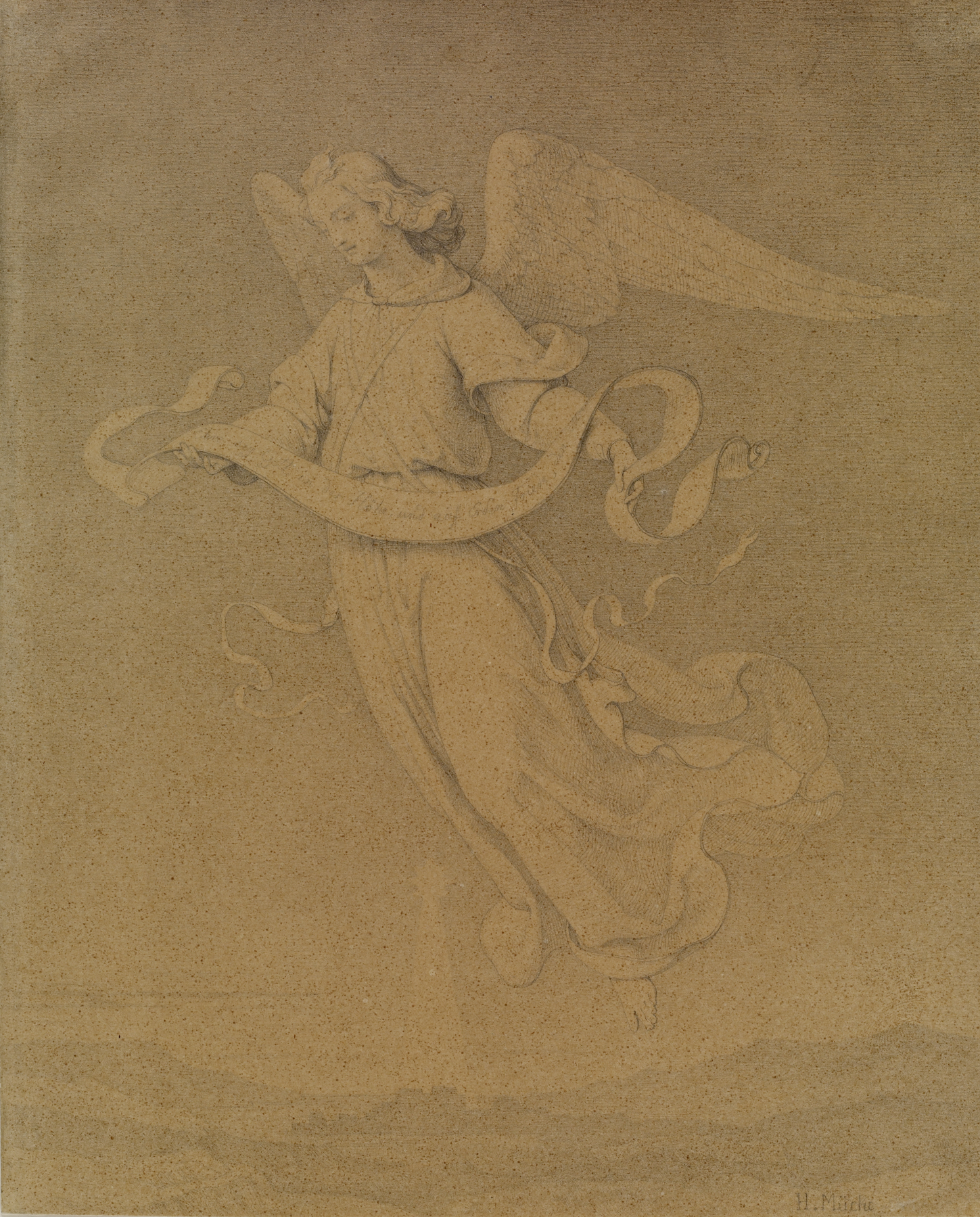 Heinrich Mücke, a student and later a professor at the Düsseldorf Academy, was born in Breslau (present-day Wroclaw, Poland). Like Eduard Bendemann, he executed a number of important royal and ecclesiastical commissions for wall paintings. Mücke was known for his deliberately archaizing treatment of religious subjects, which was meant to invoke what was seen as the purer piety of an earlier Christianity. A faint inscription on the scroll, "Ehre sei Gott in den Höhen und Friede auf Erden" (Glory to God in the highest and peace on earth), identifies the subject of this drawing as the angel announcing the birth of Christ to the shepherds (Luke 2:14). William Walters kept this drawing in an album that contained many works on sacred themes.