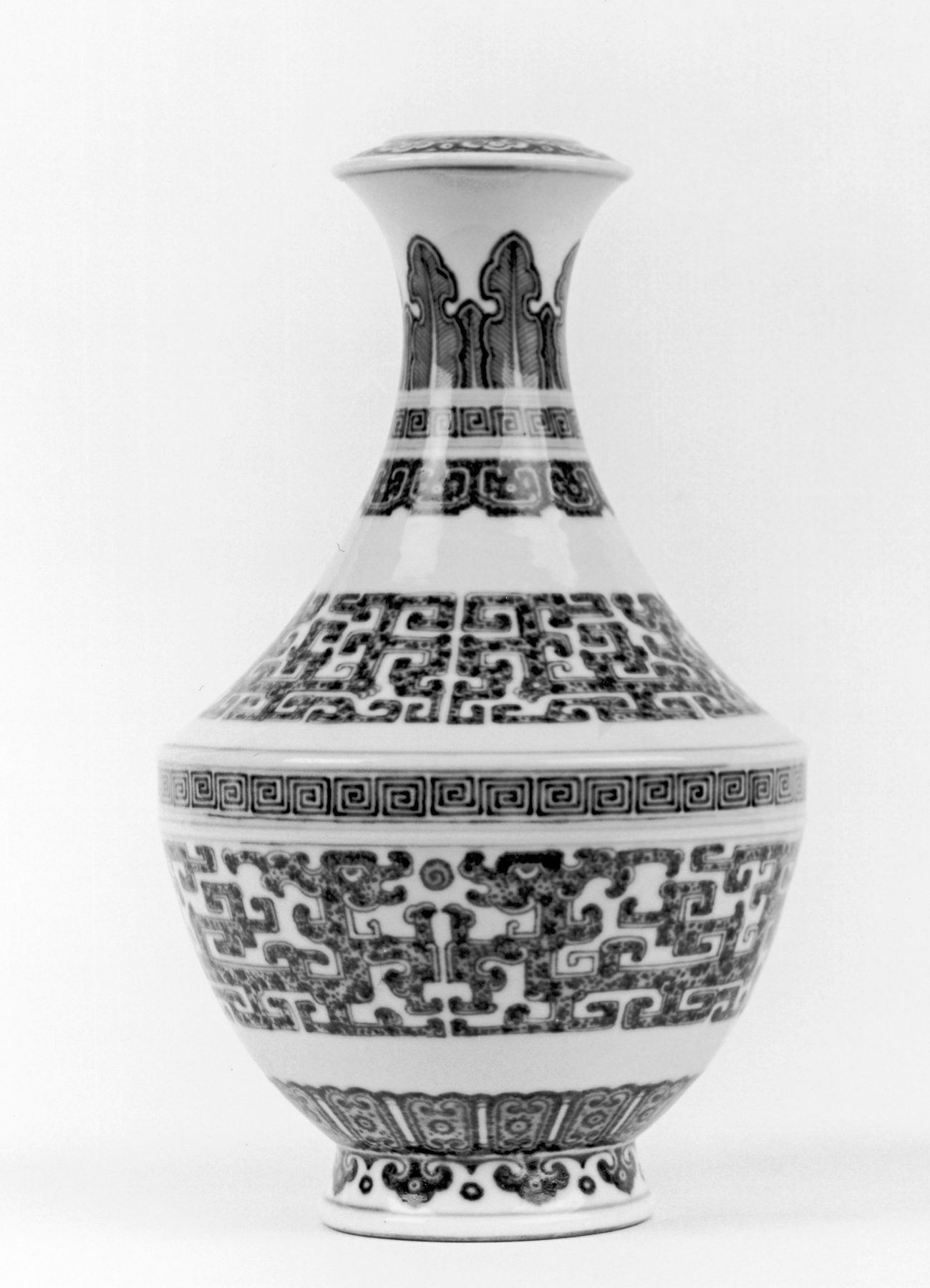 The form and decoration of this porcelain vase takes inspiration from archaic bronze vessels. Foreign Manchu emperors of the Qing Dynasty were interested in traditional Chinese culture and sought to emulate the blue and white porcelain of the Ming and Song dynasties as well as more archaic bronze works. The concave curve of the neck is balanced by the convex sloped lower body.

The body is painted with a highly stylized and geometric representation of confronting dragons, between them a spiraling pearl. This pattern also appears at the bottom slope of the neck. Between the dragons and where the two halves of the vessel intersect is a keyfret of coiled lines. The neck is further embellished with another band of keyfret, topped by plantain or palm leaves. The rim, extending over into the mouth, is painted with a border of stylized Ruyi heads, named for their resemblance to the head of the curved ruyi scepter carried by certain Buddhist deities. Stylized Ruyi heads are also painted on the foot rim.