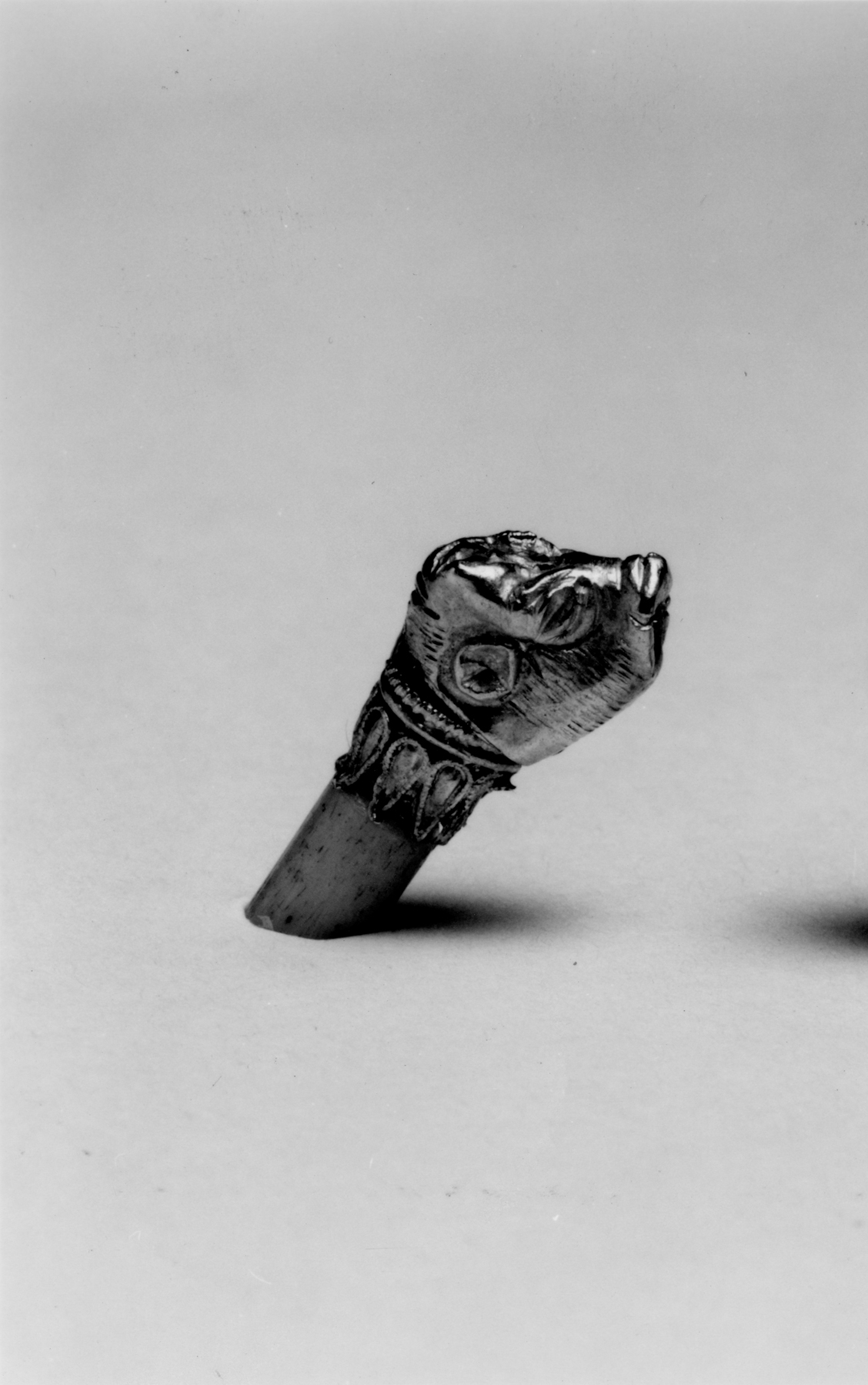 Two gold sheets worked in repoussé over the same mould to form two female heads and necks, then placed back to back, twisted and smooth wire added around the base, with two tiny twisted filigree spiral earrings that work for either face added to the sides.

A finial such as this probably served as one of the end decorations for spiral earrings of a type not represented at the Walters.