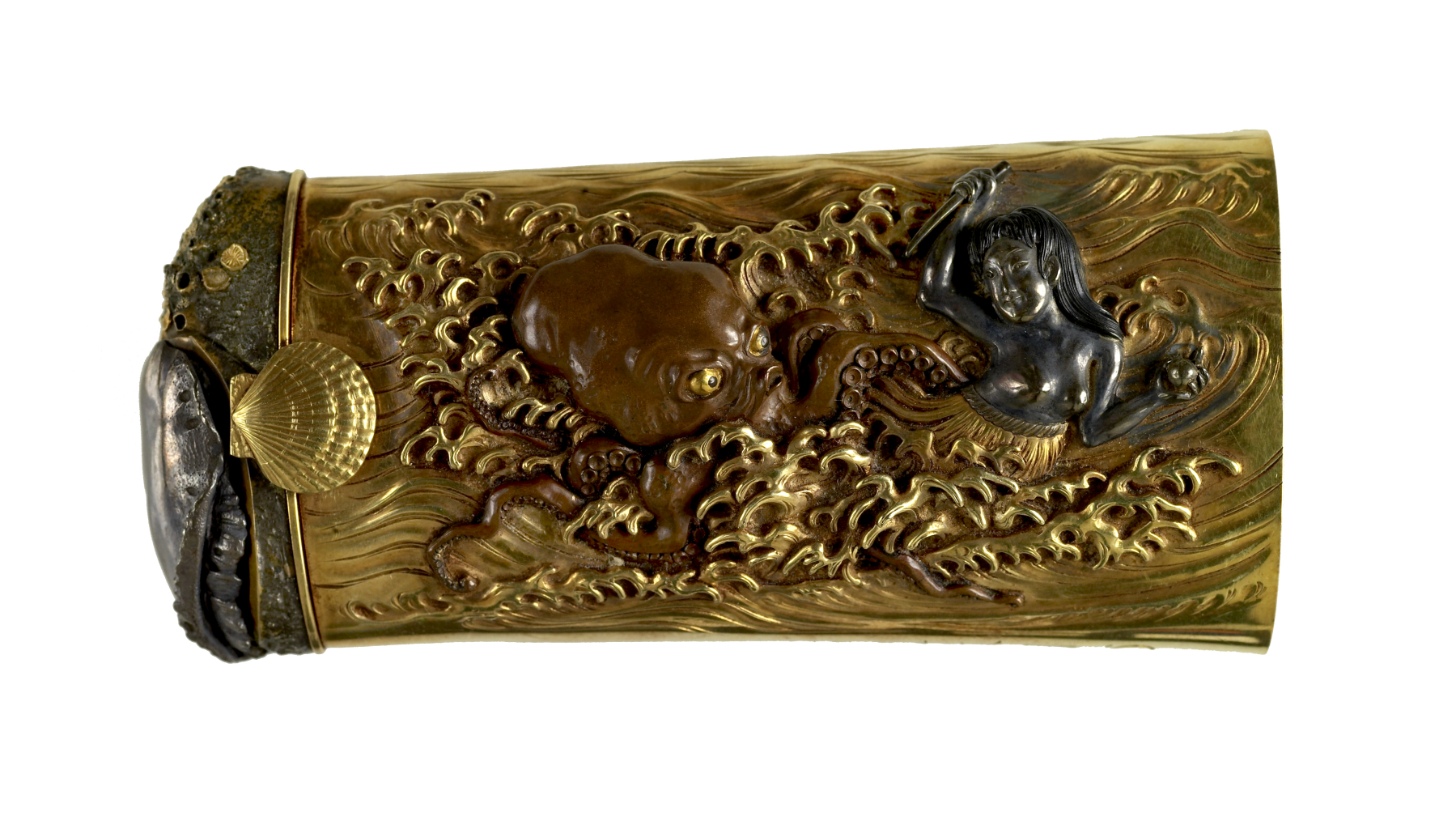 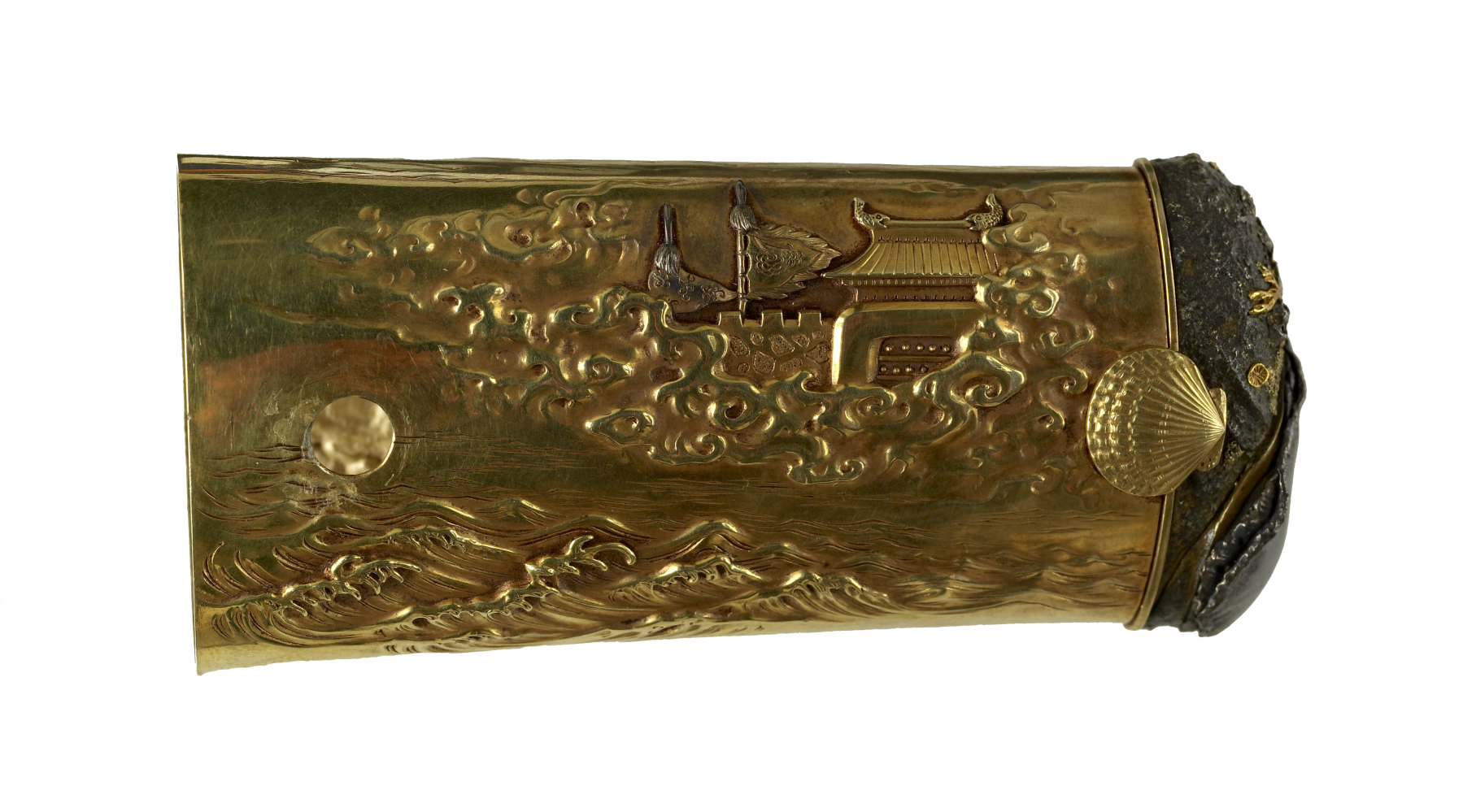 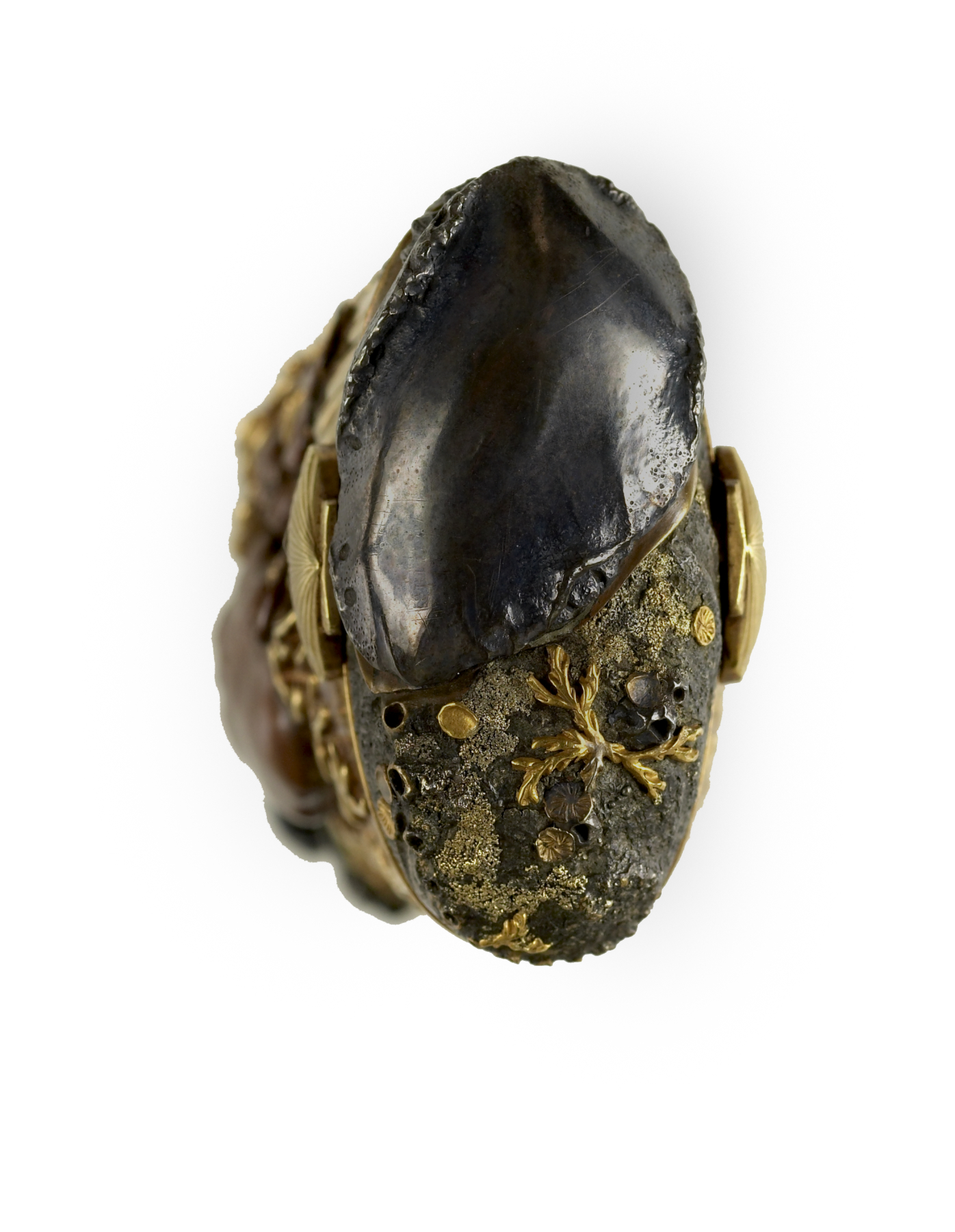 Tsuka with Tamatori Fighting an Octupus

The figures on this tsuka illustrate the story of Kamatari and Tamatori. Fujiwara Kamatari was a historical figure who died in 669, but this episode is from a legend. His daughter had become the empress of China and sent a boatload of treasures, including an important jewel, back to Japan to be used for a temple. The Dragon King of the sea stole the jewel and hid it in his temple. Kamatari retrieved it with the help of his second wife, named Tamatori who sacrificed herself to ensure the jewel was returned to Kamatari. On the front of the tsuka, Tamatori is depicted with the jewel in her left hand. In her right hand is a dagger she uses to defend herself from an octopus. On the reverse of the tsuka, the Dragon King's palace can be seen amidst waves. This is part of a mounted set.

Dagger Depicting Tamatori Retrieving the Sacred Jewel from the Sea