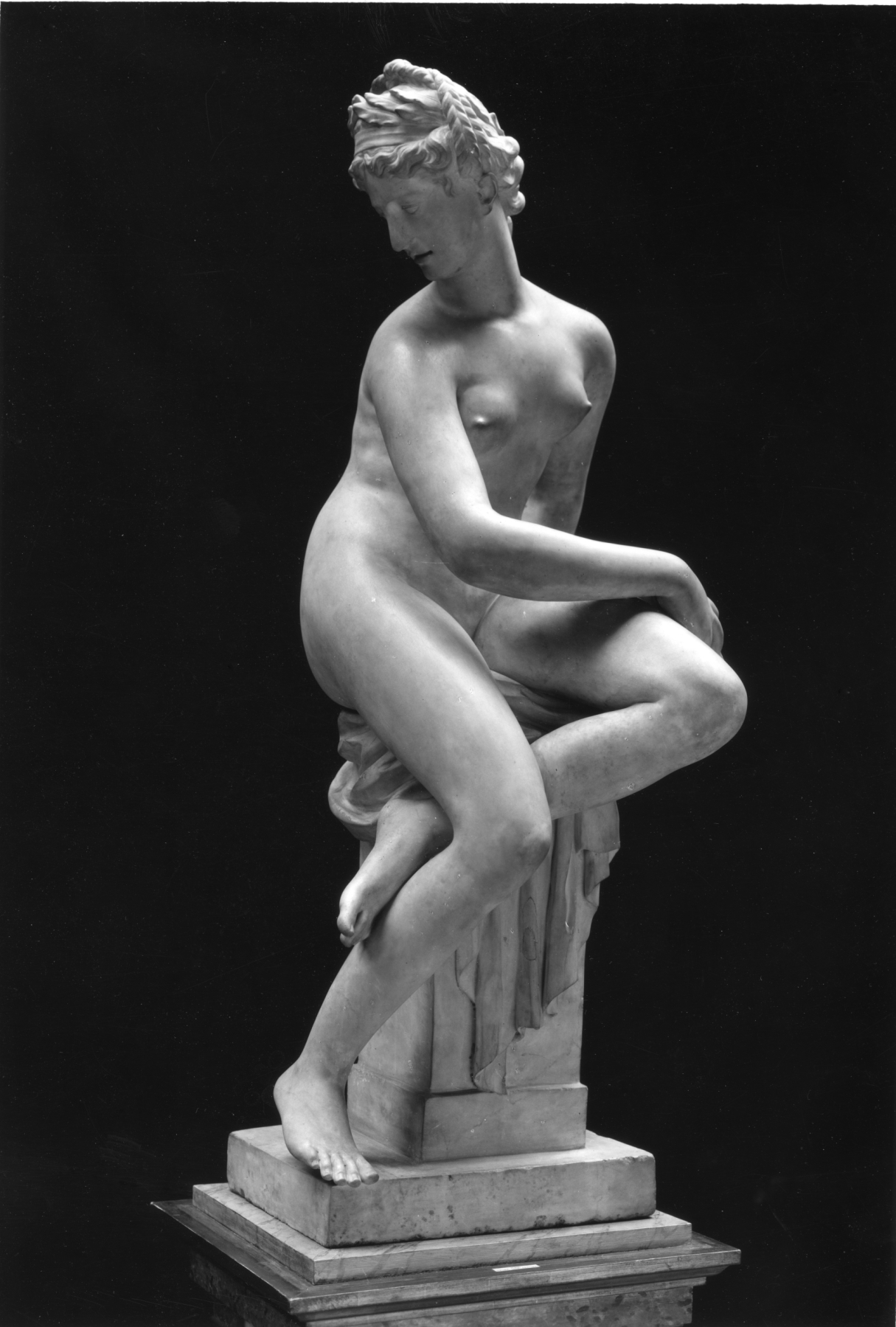 This is an almost life-size marble version of Giovanni da Bologna's small bronze statuette, which may be viewed in the Collector's Study. The allegorical figure Architecture is recognizable by the tools she holds in her right hand.
Giovanni da Bologna (or Giambologna), born and trained in Flanders, worked for the powerful Medici grand dukes of Florence, and his statues were avidly collected throughout Europe. The many copies executed after his works, such as this monumental piece, testify to his continuing reputation in later centuries. The artist was especially famous for the complexity and gracefulness of his depictions of the human body.