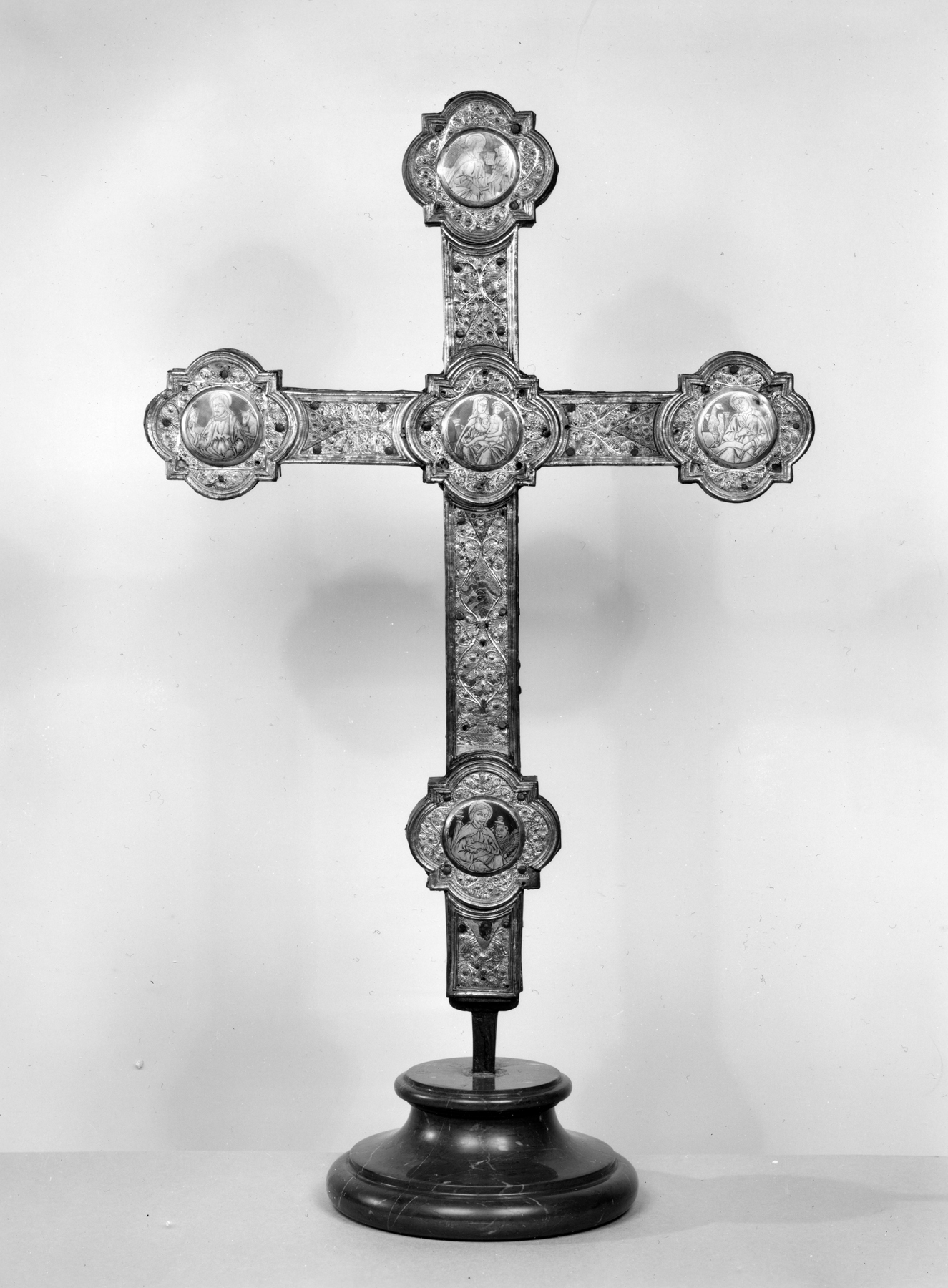 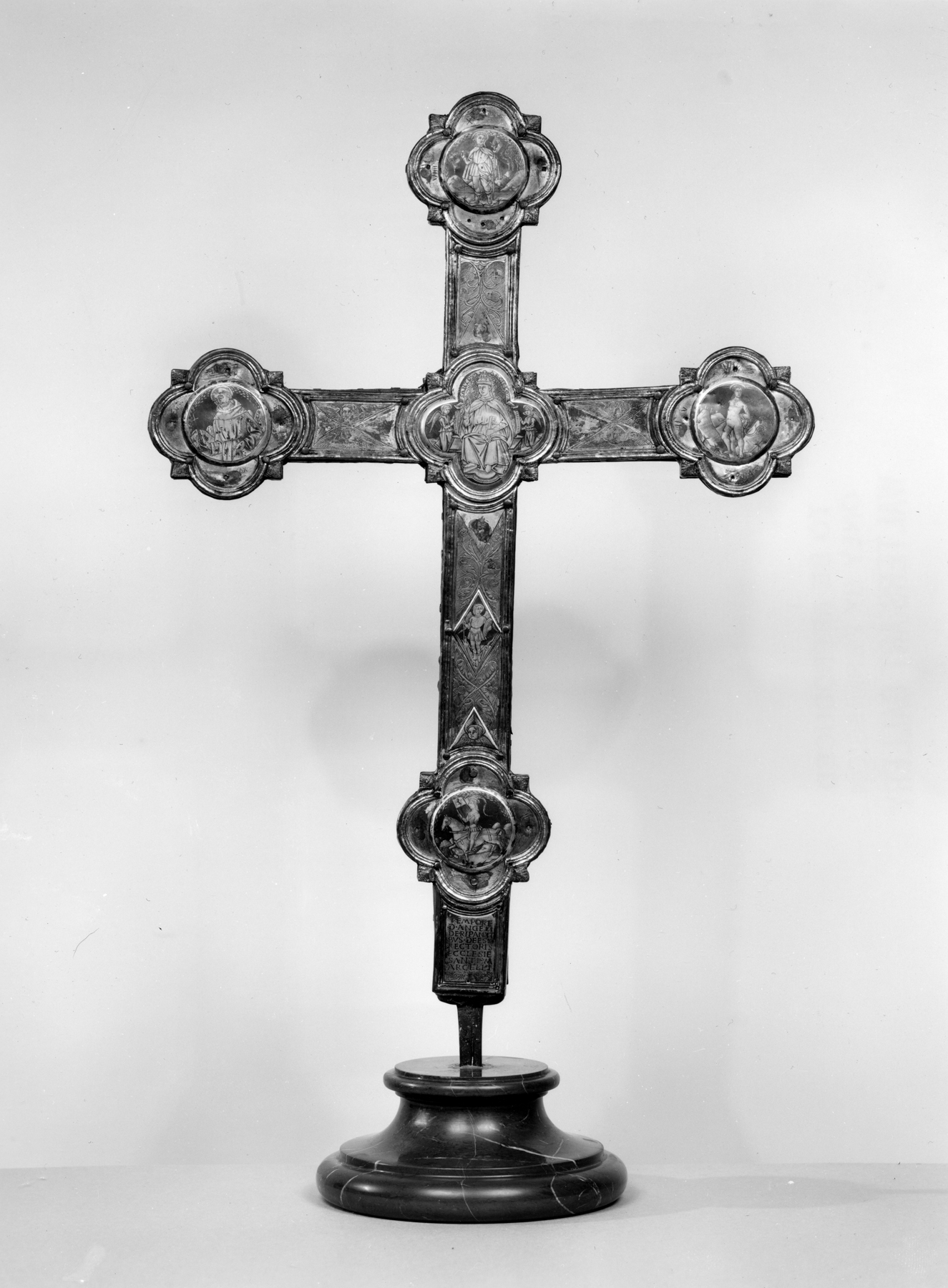 The cross consists of a wooden core entirely covered with silver sheets and adorned with medallions on both sides. The thorn, now fixed in a pedestal, was intended to fit in a support so that the cross could either stand on an altar or being carried around in procession on an elongated stick.
The five niello medallions on the front (obverse) of the cross show the Virgin Mary with the Christ Child in the center, surrounded by the four evangelists. On the reverse, the central medallion in the form of a quadrilobe represents an enthroned papal saint, identified through an inscription as Pope Marcellinus. The four medallions around him show saints Francis (left), St. Roch (top), St. Sebastian (right) and St. George. Below the central medallion is a rhomboid plaque with the archangel Michael, and an inscription at the bottom end of the cross.
The inscription mentions Angelo Ripanti of Jesi in Northern Italy, who was the bishop of the diocese of Jesi from 1505 until his death in 1512.

In the central quadrilobe medallion on the reverse:
SANTO MARCIELO (St. Marcellus)
On the plaque at the bottom of the reverse:
TEMPORE/D ANGELI/ DE RIPANTI/BUS DE ESIO/RECTORIS/ECCLESIE/SANTI M/ARCELLI (From the time of Lord Angelo Ripanti from Jesi, rector of the church of St. Marcellus.)