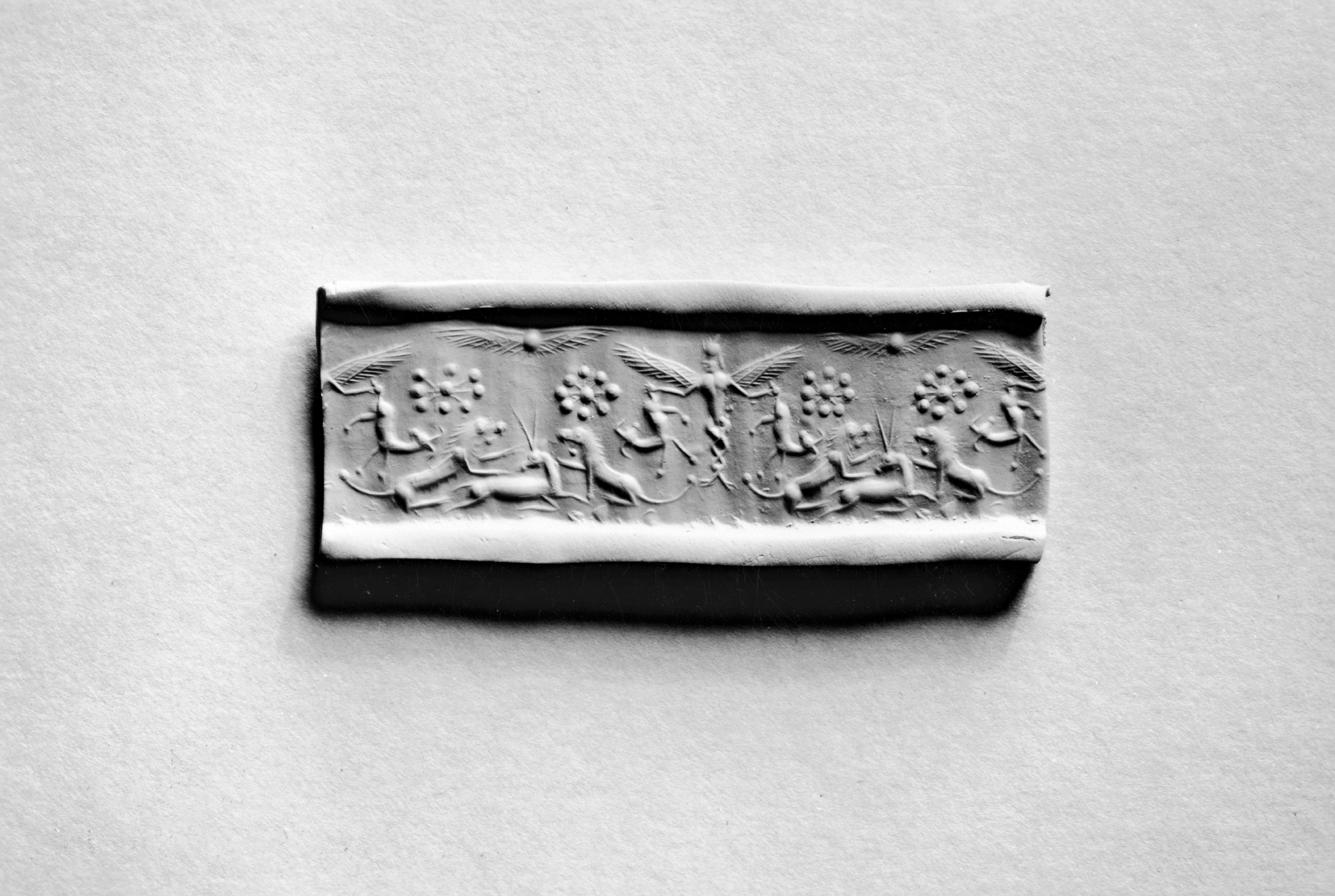 Cylinder Seal with a Winged Genius and Animals

A winged figure with legs in the form of coiling snakes holds two horned animals by their tails. To the side, two lions attack a fallen antelope below the divine emblems of a winged disc and two rosettes. This composition is similar to a seal impression found on a letter from the Mitannian king to the king of Egypt. The art of the Mitannian kingdom, a major international power in northern Mesopotamia and eastern Syria during the 15th and 14th centuries BCE, is best known through its seals.